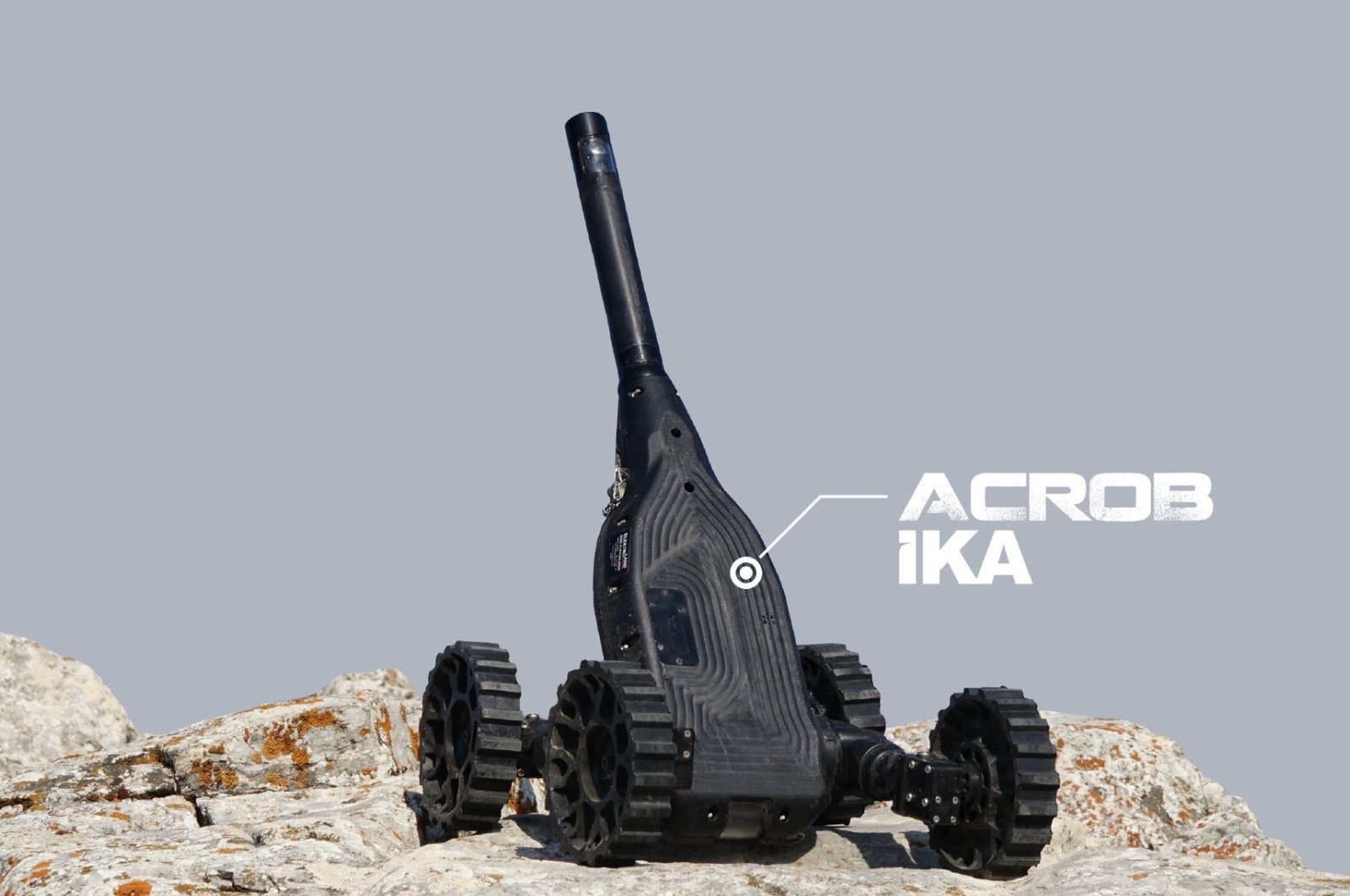 “Unmanned ground vehicles, which make it possible to observe and enter areas where it’s not possible to do so in every type of operation, have begun to be used in combat,” the ministry said.

The ministry also attached an infographic for Acrob, a UGV developed by Turkish manufacturer Elektroland Defense.

The image underlined Acrob’s capabilities of maneuvering, climbing over high obstacles, going through water and observation.

Turkish drones rose to worldwide prominence following their deployment in Syria and Libya by the TSK and in Nagorno-Karabakh by Azerbaijan’s army, paving the way for more export deals.

They dominated Bashar Assad regime ground forces during clashes in Idlib province in February-March 2020 with smart ammunition and joint use with Turkish fighter jets that conducted flights over the country’s airspace.

In Nagorno-Karabakh, the Turkish UAVs dealt a heavy blow to Armenian occupying forces. Defense experts later said the swift Baku victory was partially thanks to the use of Turkish and Israeli-made drones.

The Bayraktar TB2 has been sold to several countries, including Ukraine, Qatar, Azerbaijan and Poland. In May, Poland became the first European Union and NATO member state to acquire drones from Turkey.