Turkey speeds up works on critical systems like anti-ballistic missiles 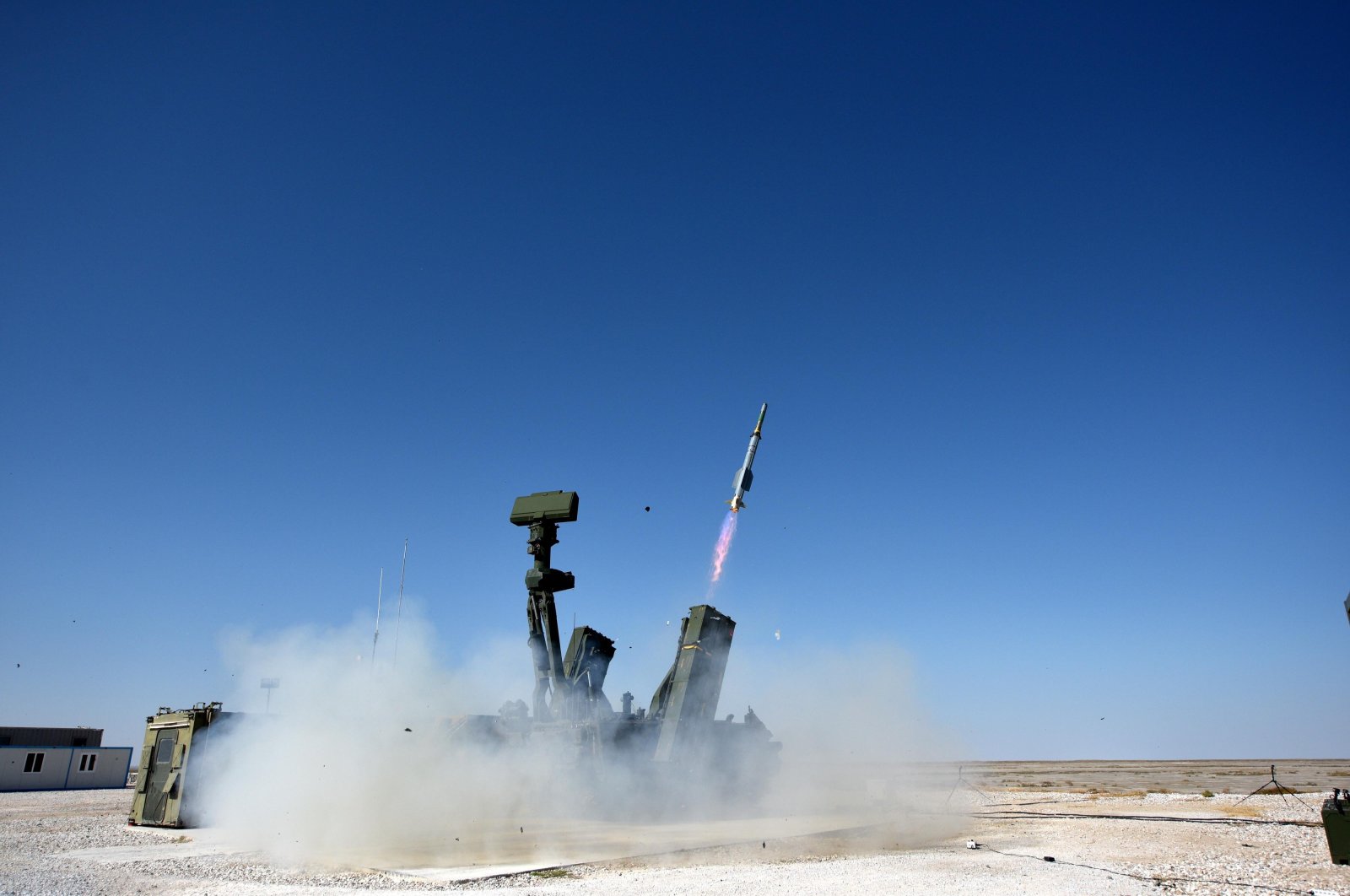 For instance, a leading local defense company, Roketsan, recently said it is accelerating its work on the technology.

Faruk Yiğit, the company’s chairperson, said last week that Roketsan “will speed up the ballistic missile defense system works," a move that bears importance given Turkey’s goal of making the products and parts for the defense industry as domestic as possible in a bid to reduce outside dependency. Turkey, to date, has been depending on purchases from abroad for such systems.

"In addition to our Hisar and Siper air defense systems, we will speed up our design and technology development studies for the development of missile defense systems that will eliminate ballistic missiles by engaging in the upper layer,” Yiğit noted.

Ballistic missiles are considered a missile system consisting of a warhead, missile control unit, fuel tank, fins, engine and guidance electronics, and unlike cruise missiles or other precision-guided ammunition, they follow a parabola trajectory.

Defense industry researcher Anıl Şahin, who explained the operation of such missiles to TRT Haber on Monday, said the ballistic missiles which have gained altitude since their launch, cross the atmosphere and go into space, then enter the atmosphere again due to the parabola orbit and move toward the target at very high speeds with the effect of gravity.

“What remains of the ballistic missiles, which have a very large structure during launch, are mostly warheads and some electronic subsystems when they enter the atmosphere. The higher the range of the missile, the higher the altitude and hence the speed it will take off,” he said, stressing that they are difficult to detect because “a significant part of the flight time of ballistic missiles passes in space. Therefore, the probability of being detected is extremely low. Besides, they are very difficult to destroy because they enter the atmosphere very quickly.”

“Some systems can perform tactical ballistic missile destruction as well as air defense,” Şahin continued; however, special sensor networks and interceptive systems are an absolute necessity for longer-range missiles.

Developing anti-ballistic missiles requires high technology and a time-consuming period but may be considered a necessity for countries like Turkey that neighbor civil-war-torn Syria where relatively short-range ballistic missiles can fall into the hands of terrorist organizations. Roketsan’s development of the system is also requiring time and will be carried out step by step, yet it gained momentum as explained by the company official. According to Şahin, “the work carried out by Roketsan in the space field will have very positive reflections on the anti-ballistic missile program.”

The project will probably be including several other local defense companies. For example, Turkish defense giant Aselsan, particularly, works on the sensor development part. The domestic long-range air defense missile system, Siper, will use the Early Warning Radar System of Aselsan. Siper, a part of Turkey’s layered air defense as dubbed several times by defense industry officials, will have a two-stroke engine that enables maximum efficacy during vertical launch, along with active radar homing and infrared homing warheads. It is expected to enter the inventory in 2023. There are also the Hisar-A, Hisar-A+, Hisar-O and Hisar-O+ short and medium-range air defense systems. The Hisar-A+ is the upgraded version of the Hisar-A low-altitude air defense system, like the Hisar-O+, which is the upgraded version of Hisar-O.