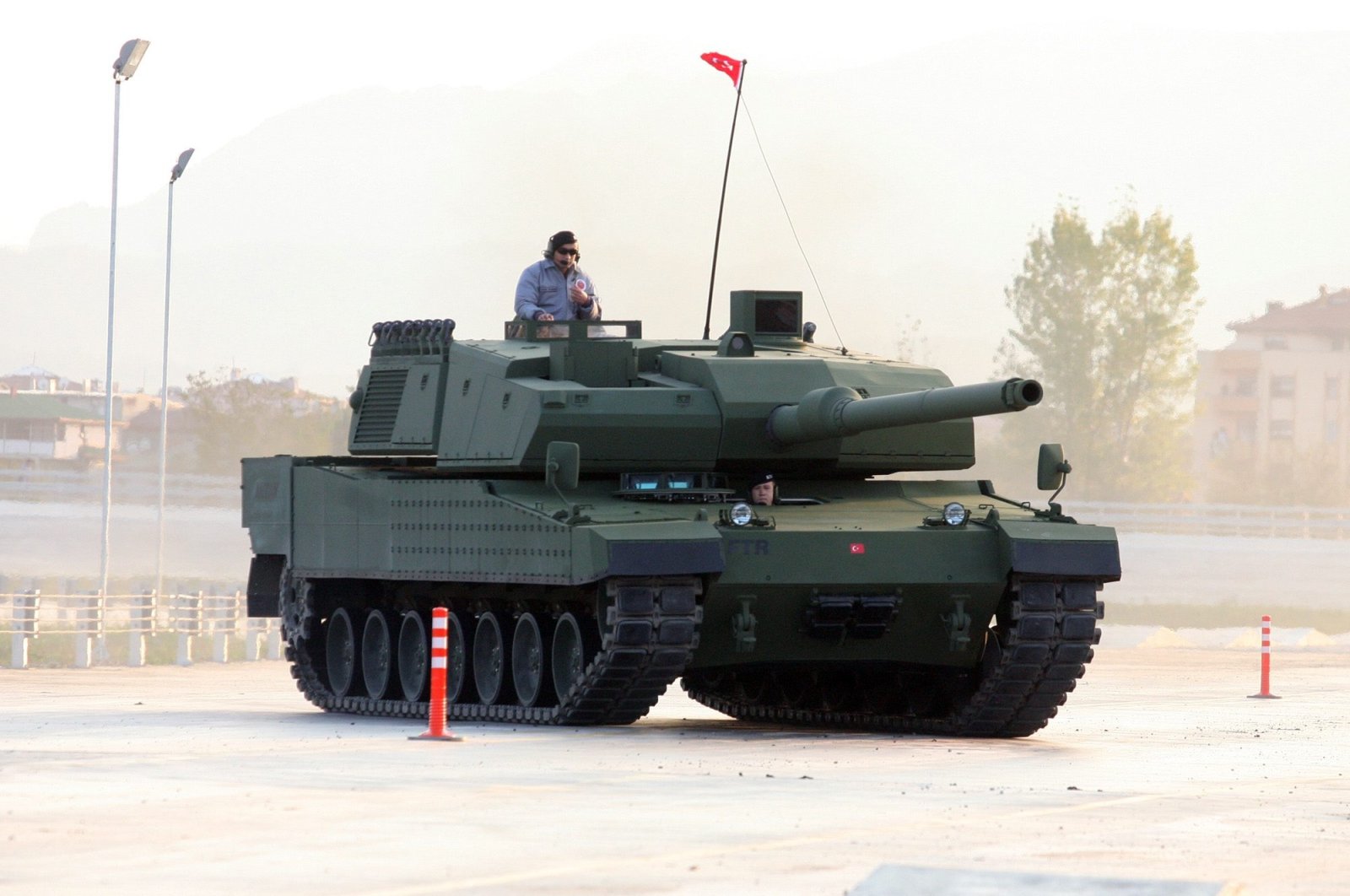 The locally-made engine that will power Turkey’s domestic main battle tank (MBT) Altay has been put on the test bench and its tests are planned to start in April, Defense Industries Presidency (SSB) head Ismail Demir said on a televised program.

Demir said during a live broadcast with HaberTürk late Sunday that the engine is being developed by Turkish land vehicles manufacturer BMC under the BATU Power Group project. The national tank engine will be a 12-cylinder, V-type, water-cooled and turbodiesel power unit. The engine will produce 1,500 horsepower and 4600 Nm of torque.

Meanwhile, it was previously claimed by media reports that Ankara considered a South Korean firm as an option for the purchase of an engine for its domestic MBT. A Bloomberg report said earlier this month that BMC, the Turkish company that undertaking the Altay project, came to an agreement with two South Korean companies, Doosan Infracore Co. and S&T Dynamics Co., for the engine and transmission. Still, according to the previous statements made by the SSB, the engine purchased from abroad will be used on the initial models of the tank and the following tanks are expected to be powered by the domestic engine.

Turkey initially kicked off the main battle tank project in 2007 however, problems in ascertaining a supply of engines prevented the project from moving forward as some European companies have refused to sell the powering unit.

Previously, the next-generation battle tank's prototype was to be powered by a 1,500 horsepower diesel engine from Germany's MTU Friedrichshafen GmbH. Germany's Rheinmetall has also established a joint venture with BMC aimed at establishing joint production of armored vehicles, particularly the main battle tank, Altay. However, the production and supply of the tank engine came to a halt following Berlin’s decision to limit arms exports to Turkey, a long-term NATO ally.

The German arms embargo came as a result of the flare-ups in Syria that have put weapons sales to Ankara under intense scrutiny. Germany has repeatedly announced that it limits arms sales after Turkey launched an anti-terrorist operation in northern Syria that targeted both Daesh terrorists and the PKK terrorist group and its Syrian branch, the YPG.

Ankara has long criticized German authorities for not taking serious measures against the PKK, which is listed as a terrorist organization by Turkey, the United States and the European Union, which has waged a terrorist campaign against Turkey for more than 40 years, causing the deaths of nearly 40,000 people, including women and children.

Demir, also sharing the latest information regarding the TF-X National Combat Aircraft (MMU) – a joint project by the Turkish Aerospace Industries (TAI) and SSB – said Turkey will fill the F-35 gap in its inventory with this project.

The MMU is a fifth-generation fighter jet with similar features to Lockheed Martin's F-35 Lightning II. The domestically-built aircraft is being developed to replace the Turkish Air Forces Command (HvKK)'s F-16 fighters, ahead of the gradual phasing out of the latter throughout the 2030s.

The procurement of the F-35 stealthy jets is a stalling issue for Turkey even though the country is a partner to the manufacturing project and has been producing parts of the aircraft. Ankara has most recently inked a consultation agreement with a lobbying firm to secure its rights after the U.S. unilaterally expelled long-time NATO-ally Turkey from the F-35 project over its purchasing of Russian S-400 air defense systems.

Washington removed Turkey from the F-35 Lightning II jet program in 2019, arguing that the S-400 air missile systems acquired by Turkey could be used by Russia to covertly obtain classified details on the Lockheed Martin F-35 jets and is incompatible with NATO systems. Turkey, however, insists that the S-400 would not be integrated into NATO systems and would not pose a threat to the alliance.

Demir said during Sunday’s broadcast that the S-400 systems have already been delivered to the Turkish Armed Forces (TSK) and they can be used whenever needed, adding that the country initially sat at the negotiating table to discuss two air defense systems, referring to the Patriot missiles that the U.S. refused to supply.

The SSB head, speaking on Turkey’s domestic defense industry products, which have attracted worldwide attention, said unmanned aerial vehicles (UAVs) and unmanned combat aerial vehicles (UCAVs) are the products that grab the most attention abroad, adding that Turkey does not sell them to all bidders.

There is widespread interest for defense gear made in Turkey, Demir said, noting, “we can say our exports have increased last year despite the pandemic.”