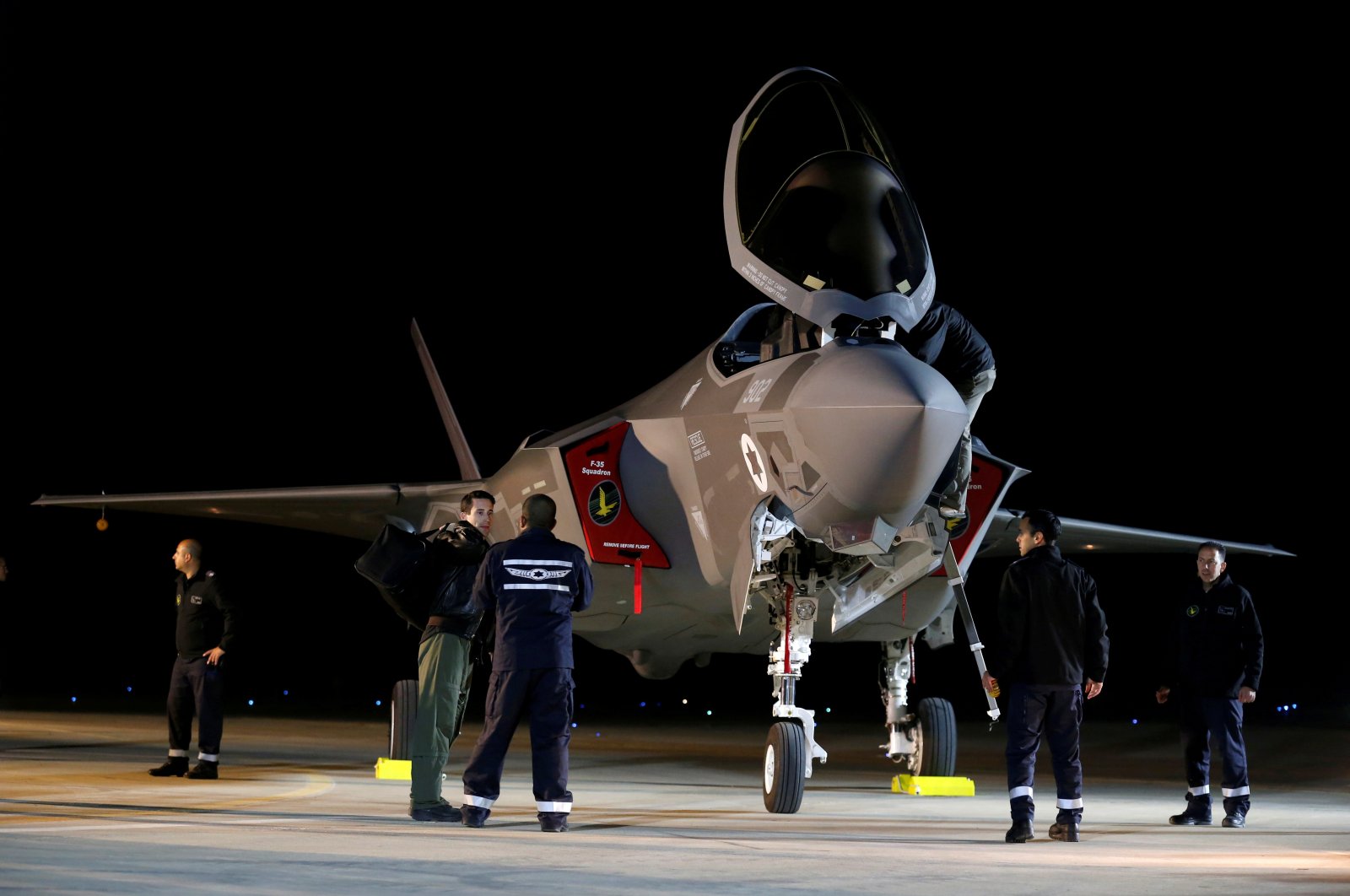 Israeli soldiers walk near an F-35 fighter jet, purchased by the Israeli Air Force, after it landed at Nevatim Air Base, in Nevatim, southern Israel, Dec. 12, 2016. (Reuters Photo)
by Reuters Feb 19, 2021 2:44 pm
RECOMMENDED

Turkey has inked a consultation agreement with a Washington-based law firm to lobby to protect its rights in the F-35 fighter jet program after the country was suspended by the U.S., a move regarded as “unilateral and unlawful” by Ankara.

According to Anadolu Agency (AA), the contract aims to protect Turkey’s legal rights instead of focusing on readmission to the program.

Defense Minister Hulusi Akar said in January that preventing Turkey’s return to the F-35 program could cause serious damage to the relations between Ankara and Washington.

“We negotiated (on missile systems) with the U.S. and European countries. Unfortunately, we didn’t receive affirmative offers on issues such as cost, delivery, joint production. We had to choose Russia, who had a positive attitude toward us on these conditions,” Akar said regarding Ankara’s acquisition of S-400 systems.

The U.S. in December imposed sanctions on the SSB, its chief Ismail Demir and several other officials over the country's purchase of the Russian S-400 missile defense system.

A U.S. congressional watchdog warned in May 2020 that the U.S. decision to expel Turkey from the F-35 program is likely to compound its already beleaguered supply chain issues from a production increase. The $398 billion F-35 program has faced many problems since then, including engine shortages.

A report published by Bloomberg this week revealed that the Air Combat Command (ACC) had to cut eight air shows with the F-35 jet from their lineup in 2021 in order to save enough engines to use for deployments and training.