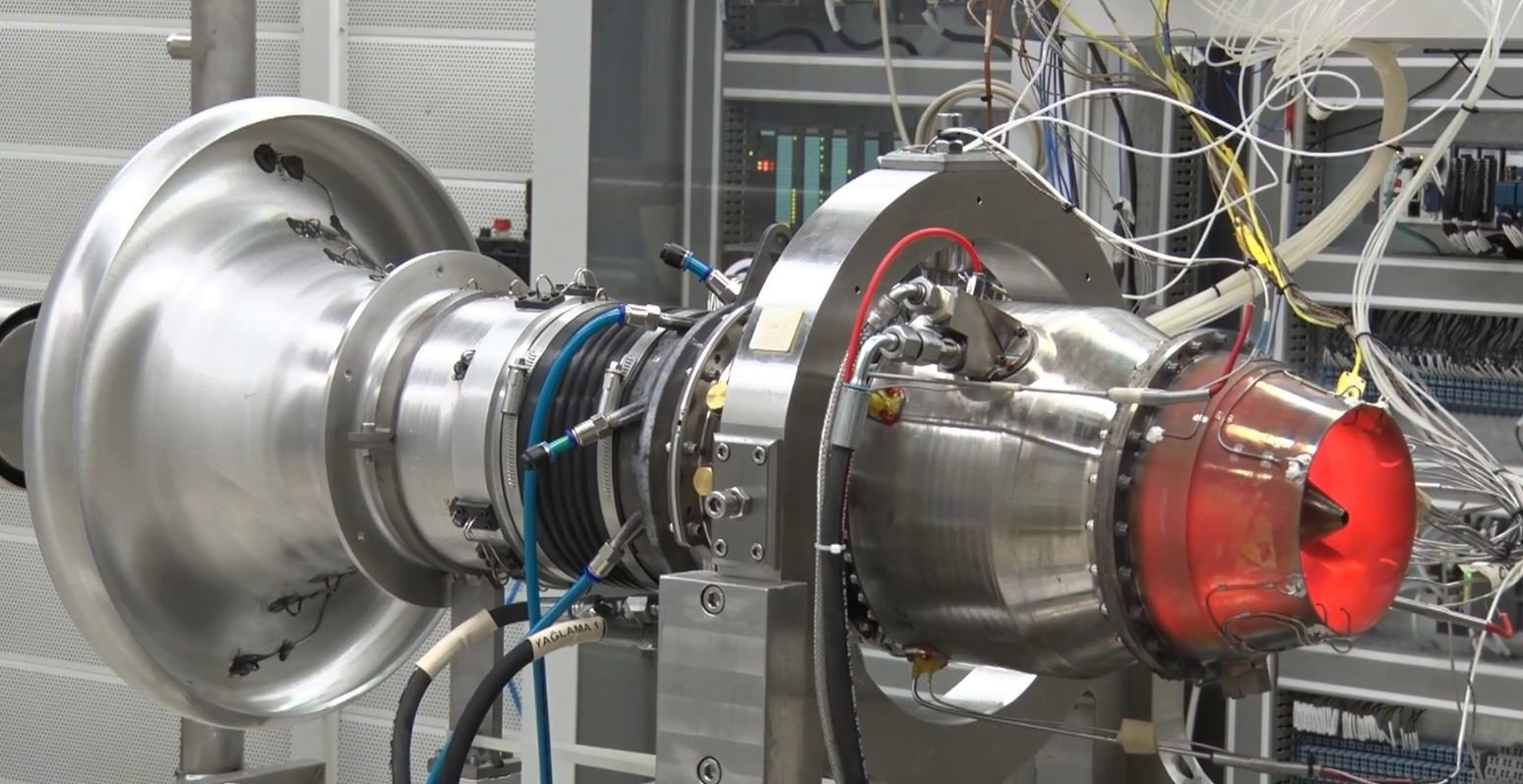 The turbojet engine, developed within the scope of the Scientific and Technological Research Council of Turkey's (TÜBITAK) Technology and Innovation Support Programs Directorate (TEYDEB) project, reached the impulse within the said diameter, a first in this class.

The engine is one of the solutions Turkey turned toward to meet its needs locally while maintaining its fight against official or nonofficial embargoes that targeted the country.

The first prototype of the TJ300 turbojet engine was tested in a ceremony held on June 19 last year with the participation of Varank. The missile engine is capable of operating at speeds of up to 90% of the speed of sound and at an altitude of up to 5,000 feet.

The turbojet engine TJ300 was originally designed to be used in medium-range ship repellent missiles, while with different configurations, it can also be used with several other platforms. TEI-TJ300 engine has the ability to start with wind effect (windmilling) without the need for any starter system (starter motor). This feature enables the platform to be applied to both air, naval and land defense systems.

The mass production process of the engine will begin after the development and qualification tests are completed.