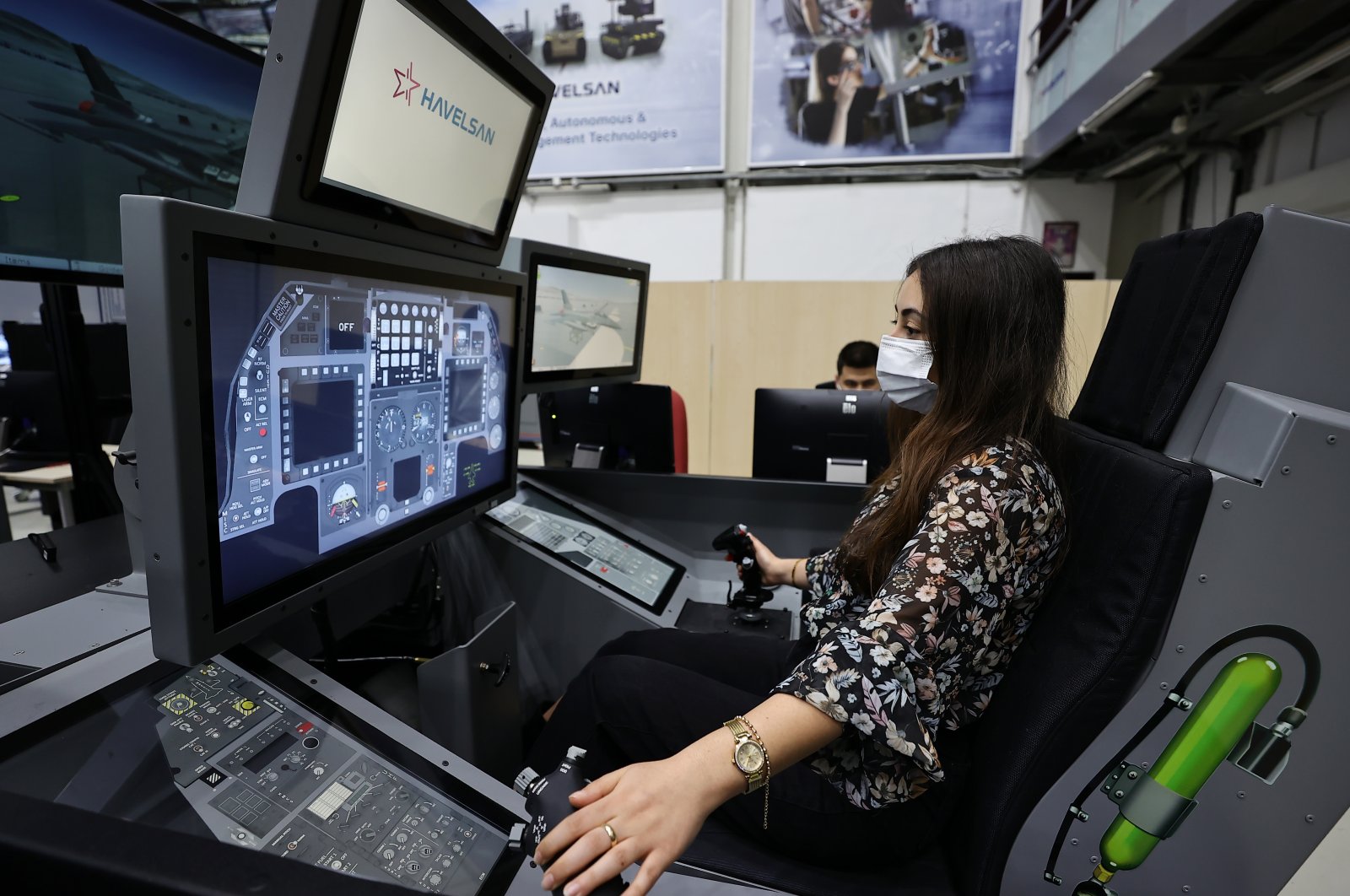 The F-16 Virtual Maintenance Training Simulator is set to raise the training level of maintenance personnel that work on the fighter jets, which comprise Turkey's most significant striking power, for now.

He said that while simulators have always been developed for pilots, the maintenance concept is almost as important as pilot simulation.

The system is scheduled to be delivered to Air Force Command by the end of this year, while Uyar said they “are planning to not only deliver this simulator to the air force but also to sell it to many F-16 users around the world.”

It was developed entirely by domestic means under Havelsan’s deputy general manager of simulation, autonomous and platform management technologies.

“Therefore, we are now in contact with the manufacturer of the aircraft, and planning to provide this simulator to the countries where the aircraft is sold, through them,” he said.

Commenting further on the simulator project for F-16 jets, Uyar said that in the first phase of the project, pilots delivered full mission simulators and weapon tactical trainers for combat preparation training.

“Within this scope, six full mission simulators and 20-weapon tactical trainers were provided in six different main jet base commanders, which enables the air force to use a unique simulator infrastructure with global standards,” he said.

Uyar explained that by enabling these simulators to be connected, they created an infrastructure for the carrying out of large and comprehensive exercises in a simulation environment.

Pointing out that the F-16 has a large number of malfunctions due to its very complex structure, Uyar said that it can take a very long time for the aircraft maintenance technician to determine what is the original cause of the malfunctioning when a fault is reported to them.

“Among the F-16 malfunctions, we developed this simulator for the most encountered and difficult to detect malfunctions by working with aircraft maintenance technicians. Approximately 1,000 malfunctions are simulated within the scope of our product.”

Noting that they offered a new opportunity for the training of aircraft maintenance technicians to the Air Force Command with the simulator, Uyar noted that “the aircraft maintenance technician sits in the cockpit just like in the real environment, performs some tests in the cockpit, makes some predictions about the origin of the fault according to the results and signs he or she gets on the screens. Then, they review the F-16 technical orders and perform the first determination of the origin of the fault.”

“Often, additional measurements have to be taken on the real plane and some parts have to be removed for this purpose. We help our aircraft maintenance technician students to disassemble and install the desired devices on large touch screens on a 3D modeled plane as it is done on a real plane. Our students take measurements from the part they disassembled from the plane and as a result, if there is a problem with the wiring, they repair the wiring; if there is a problem with the devices, they replace the devices with a new one. After this process is completed, they return to the cockpit and run internal tests in the cockpit as they make sure that the fault is fixed.”