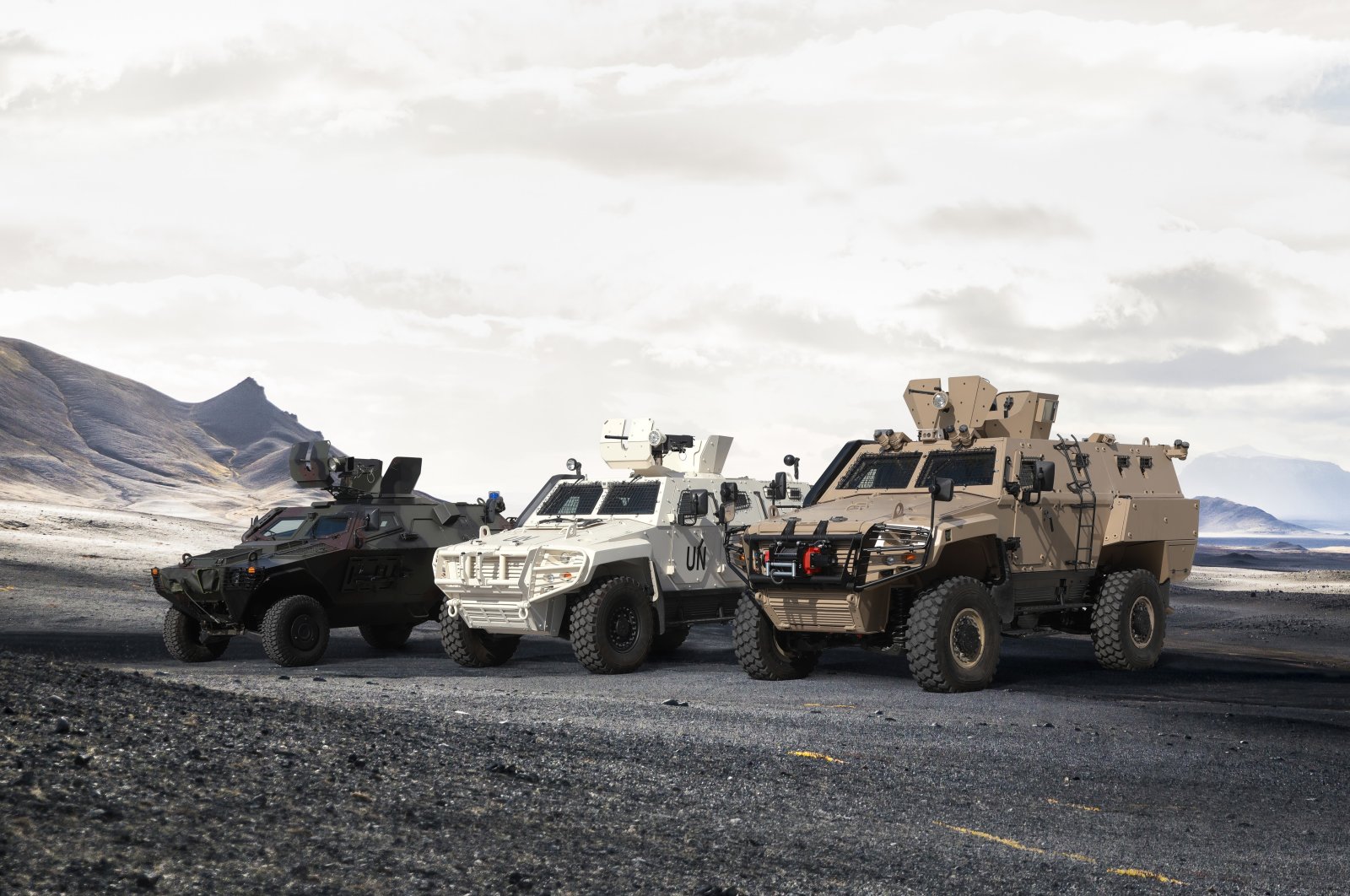 Some of Otokar's armored vehicles, including the new Cobra II MRAP (R) seen in the photo provided on March 3, 2021. (Courtesy of Otokar )
by DAILY SABAH Mar 04, 2021 2:10 pm
Edited By Ayşe Betül Bal
RECOMMENDED

The Cobra II 4x4 armored vehicles family was developed with local resources. They are the newest addition to the Cobra product family that is in active service in Turkey and 15 other countries.

The Cobra II has been designed with a higher carrying capacity and a larger internal volume, compared to the previous Cobra model, to suit the different needs of various users.

Otokar reinforces the success it has achieved in the armored land vehicles category with Cobra II, which has quickly gained user appreciation with its successful performance in Turkey, as well as in the export markets.

Picking up the pace in its research and development (R&D) projects, Otokar then developed the current MRAP version of the modular Cobra II vehicle, aimed at current and future threats.

Cobra II MRAP, a new generation of mine-protected vehicles, offers its users high ballistic and mine protection, as well as transport with higher mobility than previously seen in this class of vehicles.

Reflecting the 35 years of experience and know-how Otokar has in land vehicles, Cobra II MRAP provides high survivability in risky areas. It offers the crew superior protection against ballistic, mine and improvised explosive devices (IEDs).

Cobra II MRAP maintains similar motion and comfort parameters, and thanks to the mine-protected shield in the base of the vehicle superior protection can be offered without losing its highly modular structure and serviceability.

The vehicle also reflects the Turkish defense gear manufacturer’s experience in different terrains and climate conditions, since it currently has more than 32,000 vehicles operating in over 35 countries.

Compared to similar mine-protected vehicles around the world, the Cobra II MRAP offers superior mobility not only on stabilized roads but also on rough terrain, due to its low center of gravity. It has an independent suspension system. The vehicle is also less noticeable as it has a lower silhouette compared to its counterparts.

The new member of the family has a modular design like all Otokar armored vehicles. Thanks to the feature, it offers users logistical advantages on the battlefield while being a suitable platform for different missions. Its special design, high reliability, ease of maintenance, repair and power package allow complete and rapid assembly or disassembly even under field conditions.

The vehicle, which can carry up to 11 personnel with different layout options, can be configured in a three or five-door variation according to user requirements.