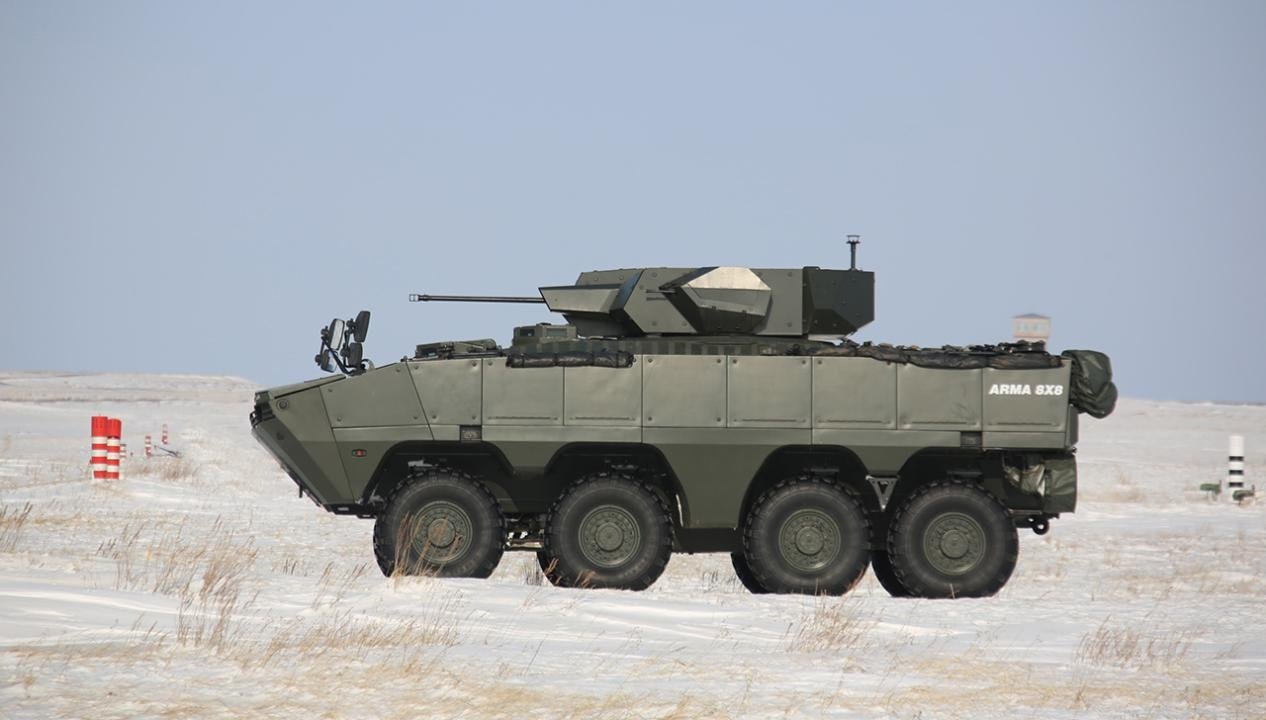 Otokar's Arma 8x8 during a test run in Kazakstan, in this photo provided on March 1, 2021. (Photo by Kazakhstan Defense Ministry via AA)
by DAILY SABAH Mar 02, 2021 1:30 pm
Edited By Ayşe Betül Bal
RECOMMENDED

The Turkish-made Nefer weapon module, a 7.62-millimeter machine gun and 30-millimeter 2A42 automatic cannon, is specially designed for the use of the Kazakhstan army while taking into account the harsh winter conditions in the country. Thanks to the remote-controlled combat system and thermal imaging camera it allows effective night firing.

Its operating temperature varies between -32 degrees Celsius to +55 degrees Celsius and the system allows integration with external sensors and command and control systems.

In previous statements, it was revealed that the Arma 8x8 armored combat vehicle, which has features per NATO standards, was delivered to Kazakhstan free of charge by Otokar for extensive tactical, technical, firing and other operational features tests as well as experimental military operations in various climatic conditions.

The Arma 8×8 has an armored monocoque V-shaped steel hull and has a large internal capacity despite a low silhouette.

The modular design of the vehicle enables the installation of a range of weapon systems and equipment based on their particular mission requirements.

It allows the transportation of a maximum of 12 personnel, including a driver and a commander.

Most recently, in October, Otokar has signed an export deal with an African country for the sale of the Arma 8x8 vehicles along with the company's other 4x4 tactical wheeled armored vehicles.