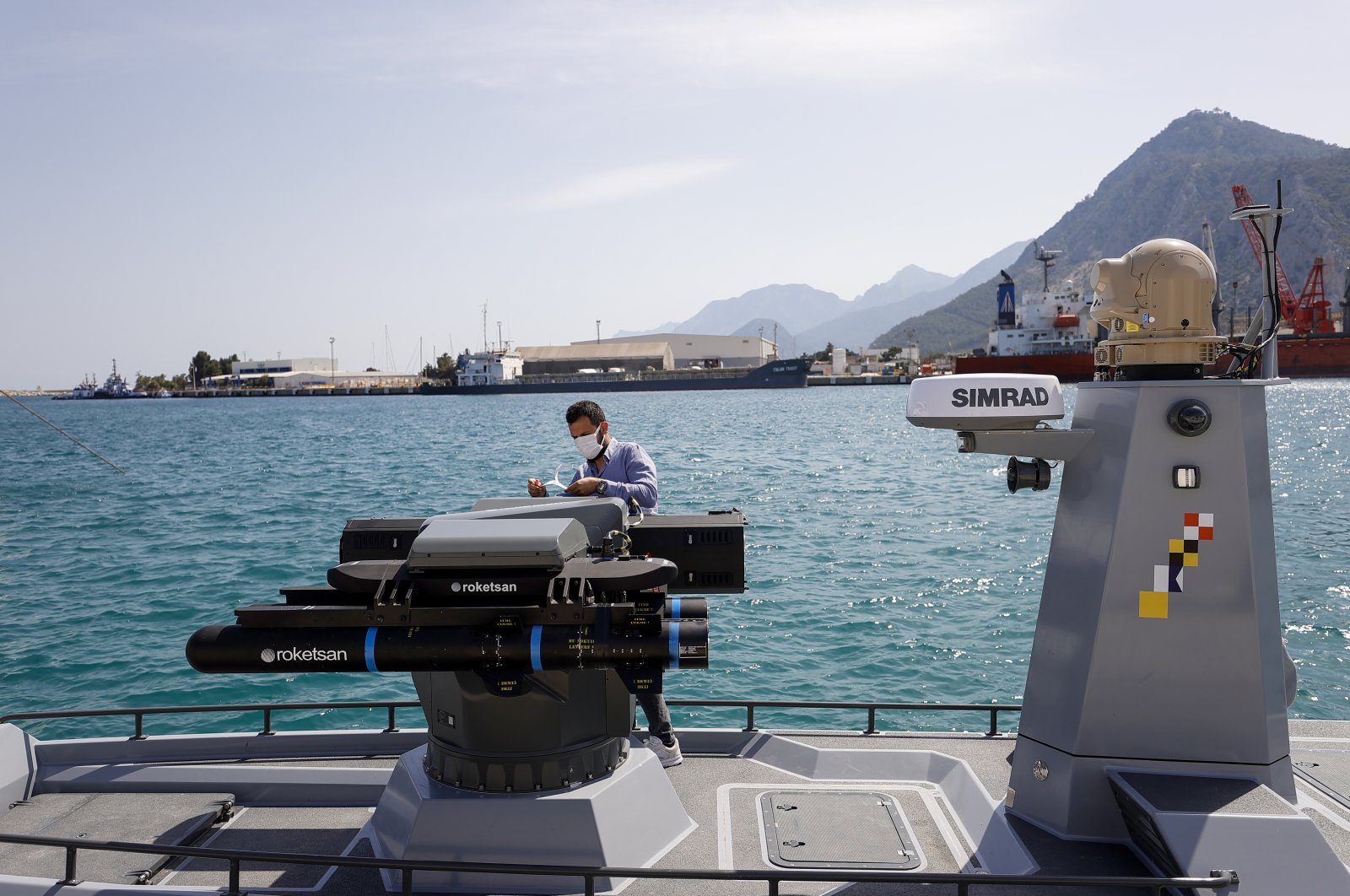 The armed unmanned marine vessel (SIDA) developed by Ares Shipyard in cooperation with the Ankara-based Meteksan Defense Industry Inc. under the ULAQ program is ready to launch missiles.

The production of the prototype of Turkey's first armed unmanned marine vessel that began in Antalya three years ago has been completed.

SIDA boasts a cruising range of 400 kilometers (249 miles) and a maximum speed of 65 kilometers per hour, as well as indigenous encrypted communications and day and night vision capabilities.

While SIDA can serve in intelligence-gathering missions, it also features a command and control system that allows all its movements to be remotely controlled and managed.

The vessel is equipped with the long-range anti-tank missile manufactured by Turkish rocket maker Roketsan.

Utku Alanç, the CEO of Ares Shipyard, told Anadolu Agency (AA) that SIDA is entirely ready for operation with its prototype boat.

The simulation shots have also been successfully carried out, Alanç said, adding that this project will be completed with real missile firing with warheads in the coming days.

Saying that their priority is to supply to Turkish security forces first, Alanç stressed that exports to friendly and allied countries would start soon in line with the permits given by the Ministry of National Defense.

We have the capability to produce over 50 boats a year and make them ready for operation, he added.

Erdal Torun, the vice president of Meteksan Defense, also said the vessel was produced for Turkey's Blue Homeland by combining the experience of two companies.

The Blue Homeland references Turkey's maritime sovereignty rights in the Mediterranean, Black Sea, and the Aegean Sea based on international treaties.

Aiming at being a pioneer in the defense industry, Roketsan was founded in 1988 to design, develop and manufacture rockets and missiles.