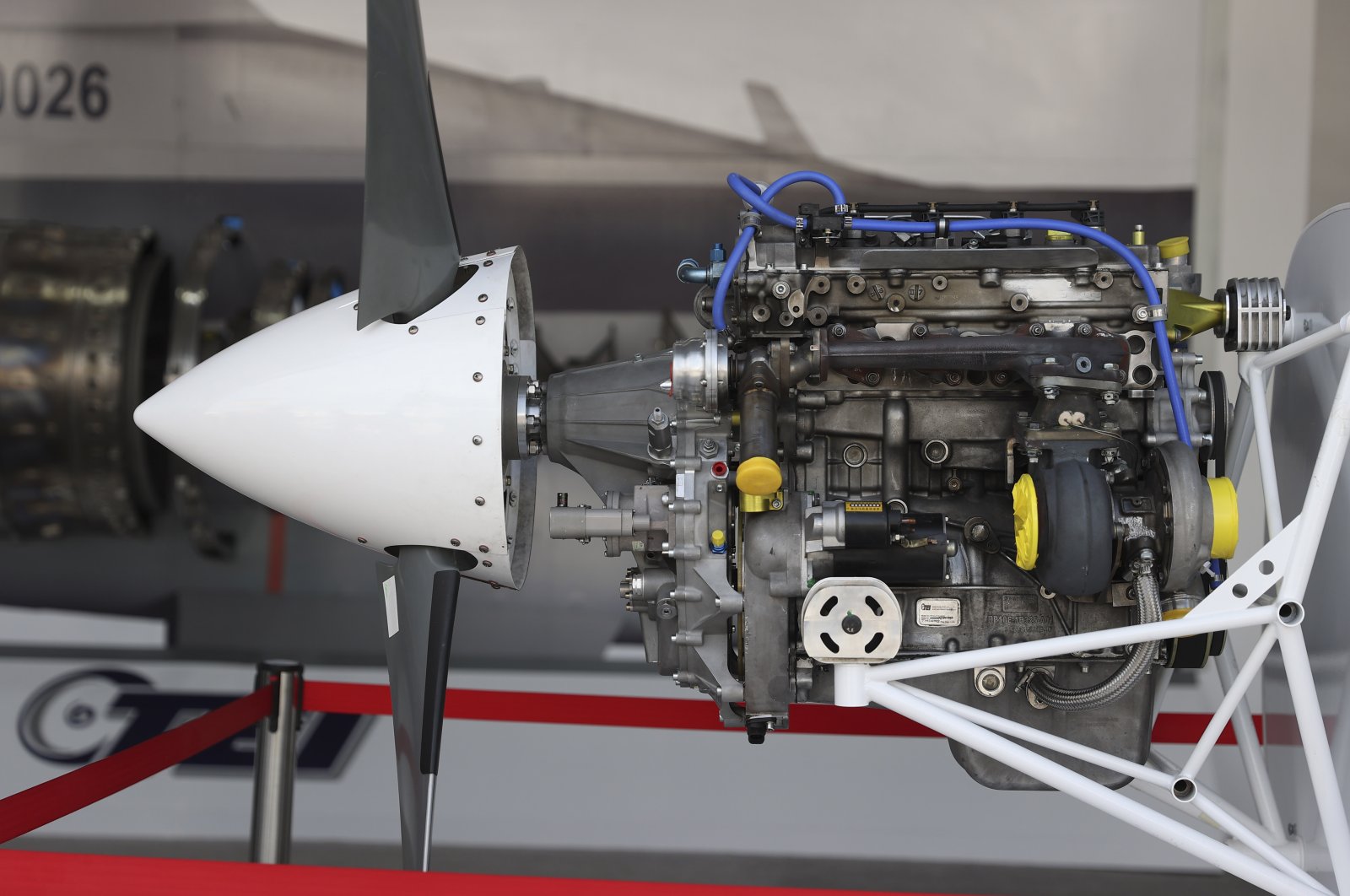 The PD222ST engine is 5 kilograms (11.02 pounds) lighter and has 55 more horsepower than Turkey's first domestic and national aviation turbodiesel TEI-PD170 engine used in the UAVs.

In an exclusive interview with Anadolu Agency (AA), Mahmut Faruk Akşit, TEI general manager and chairperson of the board, said the PD170 was developed to power the Anka-S, a medium altitude long endurance (MALE) UAV developed by the TAI.

Noting that the first Anka flew with an imported 155-horsepower engine, he said some problems emerged regarding the supply of the integral component and as a result, they started working on the PD170.

Designed by Turkish engineers and produced by local technicians, the engine consumes the least fuel in its class worldwide while operating at high altitudes, comfortably running at up to 40,000 feet, Akşit said, pointing out that competing products are generally designed to operate at around 25,000 feet.

He said that after developing the main engine structure, they started producing derivative engines for other needs, keeping the main frame of the engines the same.

"This is how we developed the PD222ST. There will be different versions of it as well. ‘ST' means ‘single turbo.' It is a single turbo version," he explained.

Akşit said they continued mass production of the PD170 in addition to their research and development work.

"The engines we produced in total exceeded 60," he added.

Noting that they exhibited the first prototype of the PD222ST at Teknofest, he said the engine was subjected to rigorous tests and developmental processes continue.

"It needs a period of a year to go into mass production. In the next year, we aim to announce that this too has flown and entered mass production," he said.

Teknofest kicked off in Istanbul on Tuesday.

The six-day event at Atatürk Airport is organized by the Turkish Technology Team Foundation (T3 Foundation) and the Industry and Technology Ministry.

Last year, the event was organized virtually in Gaziantep province due to COVID-19 pandemic measures.

AA has been the global communication partner of the event since 2018.