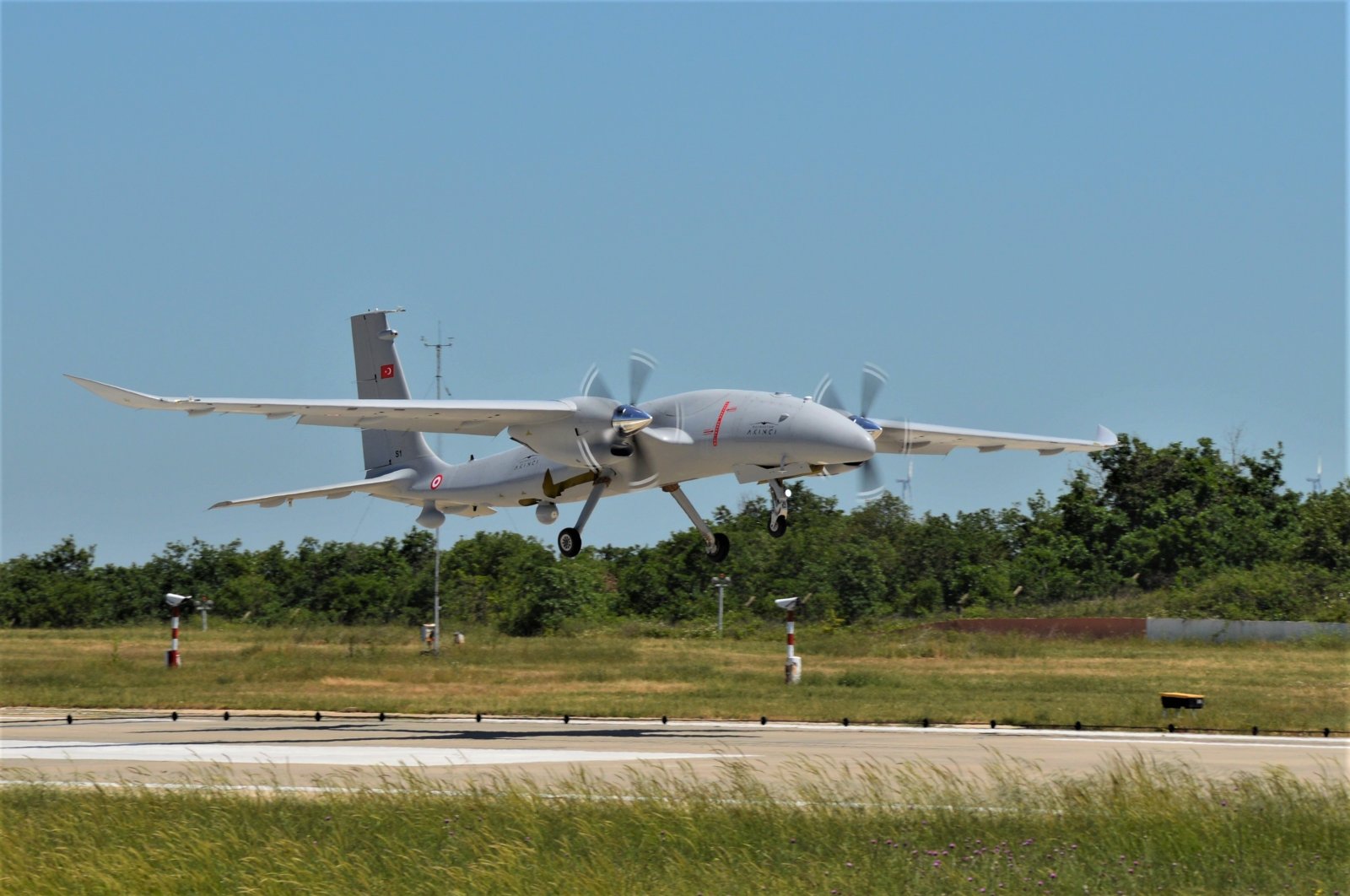 The information regarding the test flight was shared by manufacturing company Baykar’s Chief Technology Officer (CTO) Selçuk Bayraktar on Twitter.

Bayraktar drew attention to the date of the test flight, which was May 19, the Commemoration of Atatürk, Youth and Sports Day, which is celebrated each year in Turkey as a national holiday.

The day it originally marks is the date Mustafa Kemal Atatürk, founder of modern Turkey, arrived in the northern city of Samsun in 1919 to drum up support for his fight for the country’s independence amid the imminent collapse of the Ottoman Empire.

Atatürk dedicated May 19 to Turkish youth as Youth and Sports Day, a national holiday where young people stage sporting and cultural activities.

The Akıncı UCAV came following Baykar’s success with the Bayraktar TB2 UCAV that was also manufactured locally and is actively used by the Turkish Armed Forces, General Directorate of Security, Gendarmerie General Command and National Intelligence Organization (MIT). The combat drone was exported to Ukraine, Qatar and Azerbaijan as well. Akıncı is longer and wider than the Bayraktar TB2 and is set to perform strategic tasks.

Akıncı – whose design, software, avionics and mechanics all belong to Baykar – has nearly 100 computer systems. The UCAV, which has 5.5 tons of takeoff weight, stands out with a total payload capacity of 1,350 kilograms (2,976 pounds) – 400 kilograms internal and 950 kilograms external.

The unmanned aircraft platform, which has a 20-meter (65-foot) wingspan with its unique twisted-wing structure, will also provide high levels of flight safety thanks to its fully automatic flight control and triple-redundant autopilot system.

Bayraktar Akıncı, apart from the mini smart munition, is set to launch cruise missiles, making the craft a power multiplier when operated on the ground.

Other ammunitions expected to be used on the Akıncı include Roketsan’s Cirit laser-guided missile, the laser-guided long-range anti-tank missile (L-UMTAS), Bozok munitions, the within visual range air-to-air missile (WVRAAM), the Bozdoğan and beyond visual range air-to-air missile (BVRAAM) and the Gökdoğan standoff missiles (SOM) developed with resources from the Scientific and Technological Research Council of Turkey’s (TÜBITAK) Defense Industries Research and Development Institute (SAGE). It will also be capable of deploying low-drag general-purpose bombs such as the MK-81, MK-82 and MK-83.

The state-of-the-art UCAV – in addition to carrying critical loads such as an Electro-Optical/Infrared (EO/IR) camera, the AESA radar produced by Turkish defense giant Aselsan that will be integrated into the drone, the Beyond Line of Sight (satellite) connection and electronic support systems – will also have advanced artificial intelligence (AI) features that will allow it to collect information by recording the data it receives from sensors and cameras on the aircraft.

The AI system, which will be able to detect the angle of roll, stand up and orientation of the aircraft without the need for any external sensor or Global Positioning System, will provide environmental awareness by using geographic information. The advanced AI system will have the ability to make decisions by processing the data it obtains. It can detect targets that cannot be detected by human eyes, enabling the Bayraktar Akıncı to be used more effectively.