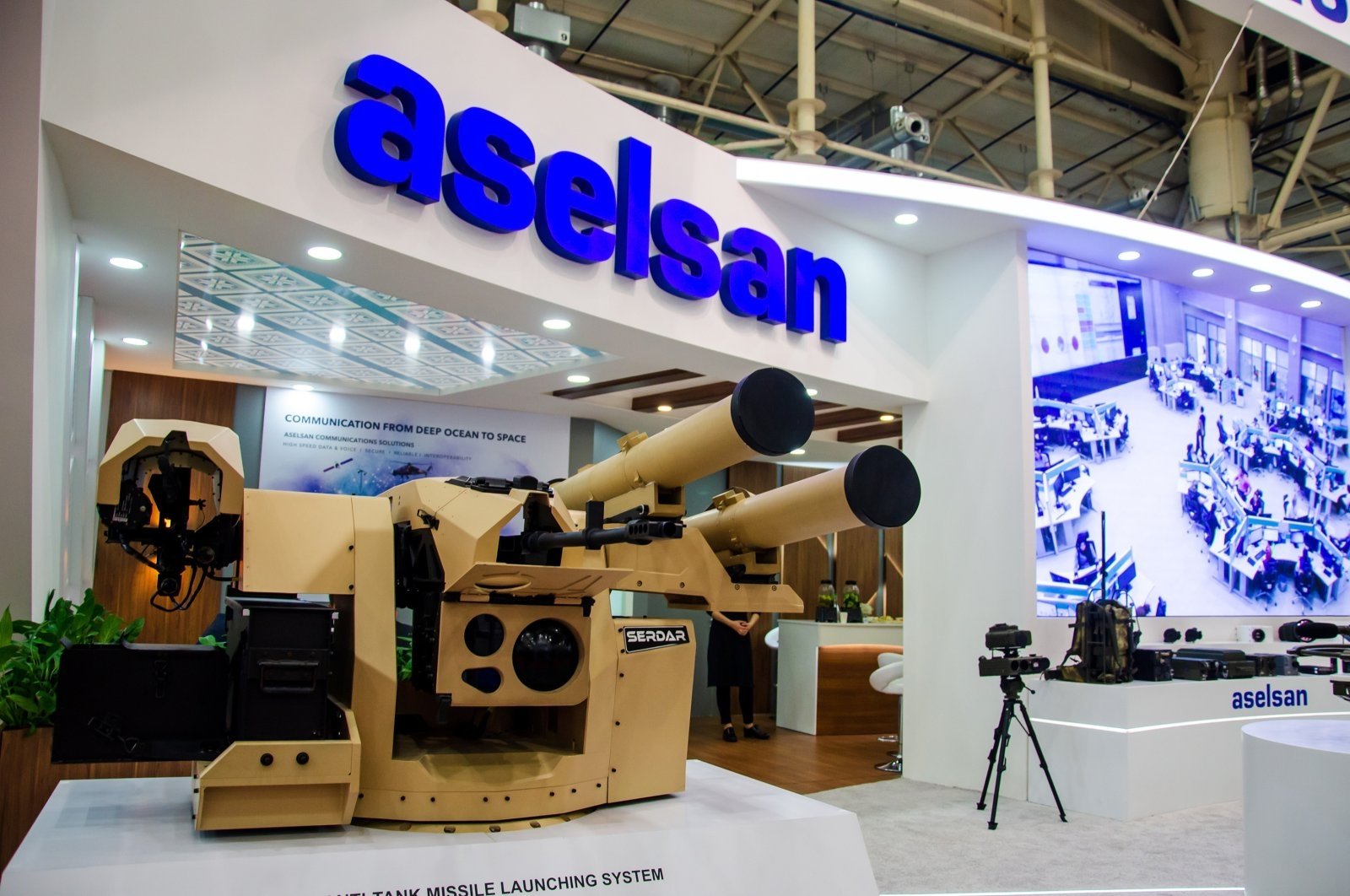 Turkey’s leading defense company Aselsan signed over $450 million (TL 3 billion) worth of export agreements in 2020 despite the COVID-19 pandemic that hit worldwide businesses and exports, the company chairperson said Friday.

Haluk Görgün said this figure is set to further increase in the coming years once the post-pandemic normalization begins.

He was speaking at a videoconference meeting organized by the Turkish Independent Industrialists and Businessmen's Association's (MÜSIAD) branch office in northwestern Bursa province.

The leading defense company head said Aselsan continues to transfer its 45 years of engineering and system skills culture to the field in the best way.

The company has so far sold its products to 70 countries, he said, noting that nearly every product of Aselsan is also being used by the Turkish Armed Forces (TSK).

Görgün also spoke on the company’s products developed for civil use, a field in which Aselsan has been boosting its efforts in recent years.

“We spare some 7% of our turnover on research and development (R&D) activities each year. When we do not have a project, we have solutions that we have developed by investing,” he said, noting that signaling systems, smart transportation systems and health systems are some of those solutions developed for civil use.

Görgün reiterated that the company has also domestically manufactured ventilators during the pandemic, equipment that was commonly needed around the world as the COVID-19 disease caused breathing problems in advanced stages of the disease, especially for the elderly.

MRI machines and X-ray devices are also among the company’s products for the medical sector, he said, noting that the mass production of X-ray machines will begin as soon as the certification phase is completed.

The prototype of the MRI machine, meanwhile, was developed in cooperation with Bilkent University, Görgün said.

Among other products for the health sector, a cardiopulmonary bypass pump and an optical diagnosis system are in the certification process.

Görgün emphasized that with those products and solutions, the company is closing a major gap in the health sector and reducing the country’s external dependency on such products. Aselsan is also working in cooperation with other local firms, especially small and medium-sized enterprises (SME), contributing to the country’s economy, he added.

As an R&D and engineering company that provides employment to approximately 9,000 personnel, Aselsan has added 1,479 additional jobs during the pandemic, Görgün said.

Stating that they have established close cooperation with universities, Görgün noted, “We have developed 132 projects with a total of 60 universities so far.”

Görgün highlighted Bursa in particular as one of the provinces in which Aselsan has subcontractors and university cooperation agreements. The defense firm has so far worked with a total of 226 companies and created a business volume of around $10 million in the northwest province, he said.