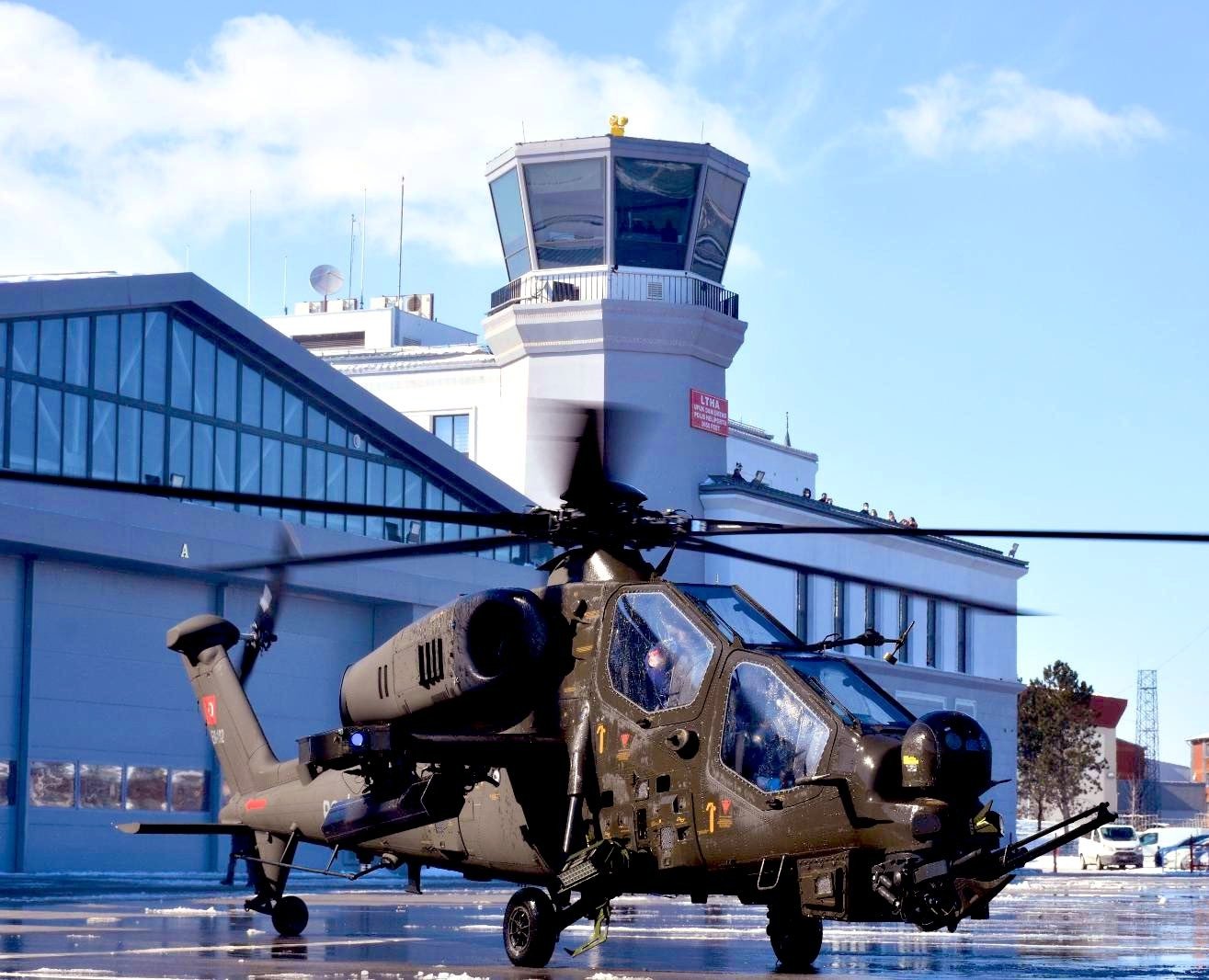 The first ATAK helicopter delivered to the Security General Directorate is seen in a photo provided on Feb. 17, 2021. (IHA Photo)
by DAILY SABAH Feb 18, 2021 12:59 pm
Edited By Ayşe Betül Bal

The upgraded version of the T129 Tactical Reconnaissance and Attack Helicopter (ATAK) began to be delivered to security forces on Wednesday.

Ismail Demir, head of the Defense Industries Presidency (SSB), said in a Twitter statement that they have completed the deliveries of the first batch of the ATAK Phase-2 helicopters, which were equipped with a laser warning system and upgraded EW systems, to the General Directorate of Security and Land Forces Command. Demir added that the rate of the domestically produced parts was also increased with the upgrading project.

He added that the ATAK helicopter was offered to the services of the General Directorate of Security for the first time.

The phase-two configuration project was carried out by manufacturing company Turkish Aerospace Industries (TAI) in coordination with the SSB.

The ATAK is a new-generation, tandem, two-seat, twin-engine helicopter specifically designed for attack and reconnaissance.

The ATAK Phase-2 made its maiden flight in November 2019. The delivery of the phase-two helicopters was among the project deliveries scheduled through 2021.