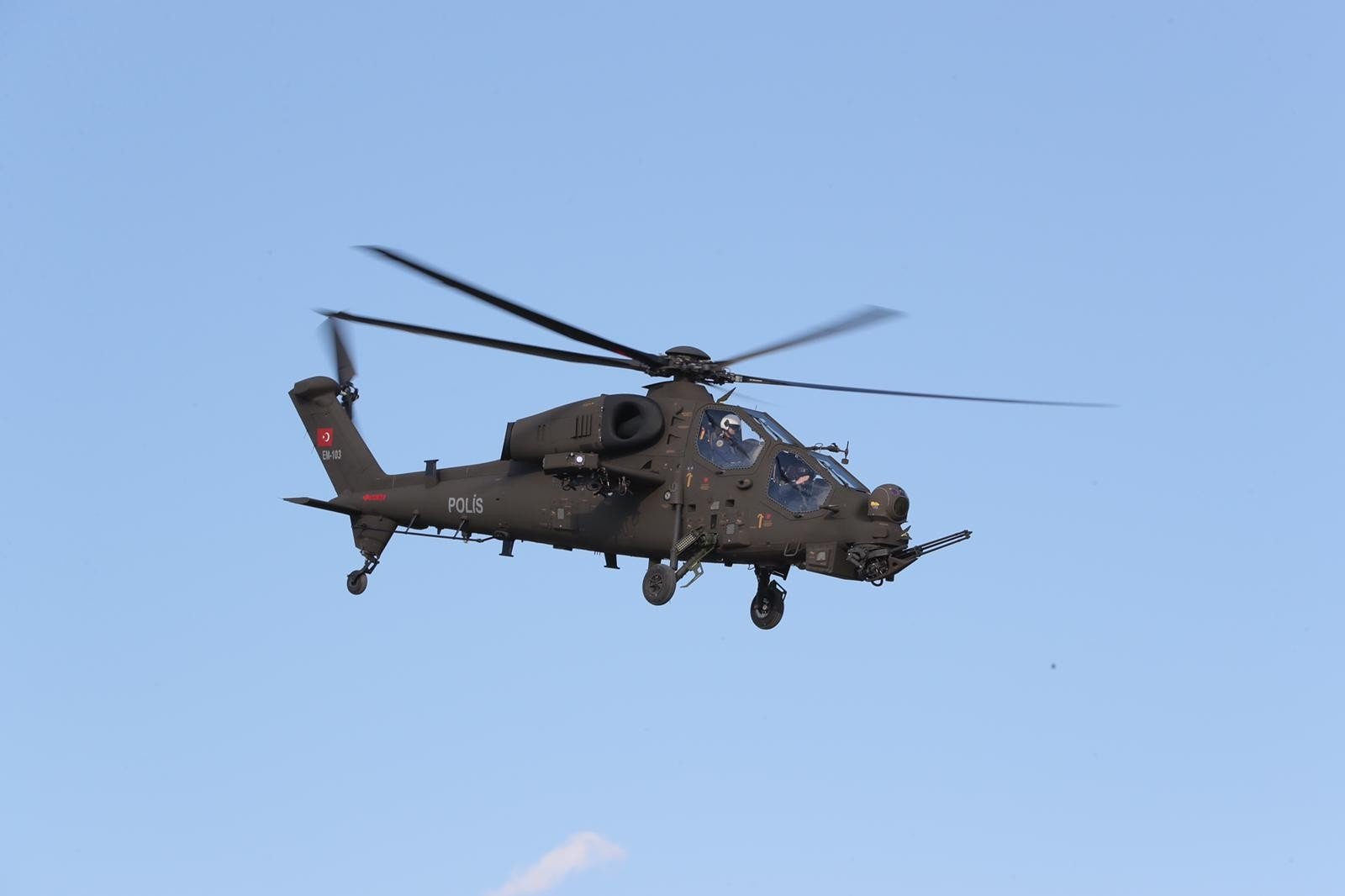 The upgraded version of the T129 Tactical Reconnaissance and Attack Helicopter delivered to Turkey's General Directorate of Security flies over the capital, Ankara, Turkey, May 17, 2021. (IHA Photo)
by DAILY SABAH May 18, 2021 3:40 pm
Edited By Ayşe Betül Bal
RECOMMENDED

The United States has approved export licenses to Turkey for the sale of its homegrown T129 Tactical Reconnaissance and Attack Helicopter (ATAK), powered by an American engine, to the Philippines, an official from the manufacturing company said Monday.

Washington had issued the required paperwork regarding the sale of an initially designated number of six attack helicopters, Serdar Demir, marketing and communications director of Turkish Aerospace Industries (TAI), said.

Philippine Defense Minister Delfin Lorenzana announced back on Dec. 7, 2018, that his country will acquire the T129 helicopters and that six units would be purchased initially. Subsequently, a memorandum of understanding (MoU) was signed between Turkey and the Philippines for the sale of the choppers, which until now had not been realized due to the export license barrier.

Meanwhile, according to a Turkish official, speaking on condition of anonymity to the Middle East Eye (MEE), the engine export license did not need Congressional authorization because it was below the amount required by law for congressional oversight that covers major defense sales of $25 million or higher with NATO allies.

"The license was directly issued by the State Department," the official was cited as saying.

“We also received export licenses for the engines needed last year for T129 helicopters to be used by Turkish authorities.”

The TAI also has a $1.5 billion (TL 12.54 billion) contract with Pakistan that includes the sale of 30 T129 helicopters that are currently awaiting U.S. permission to export. The TAI has so far delivered a total of 61 T129 ATAK helicopters to the Turkish Land Forces Command, the Gendarmerie General Command and the General Directorate of Security.