US ‘should sell’ F-16s to Turkey, Biden says in strongest backing yet 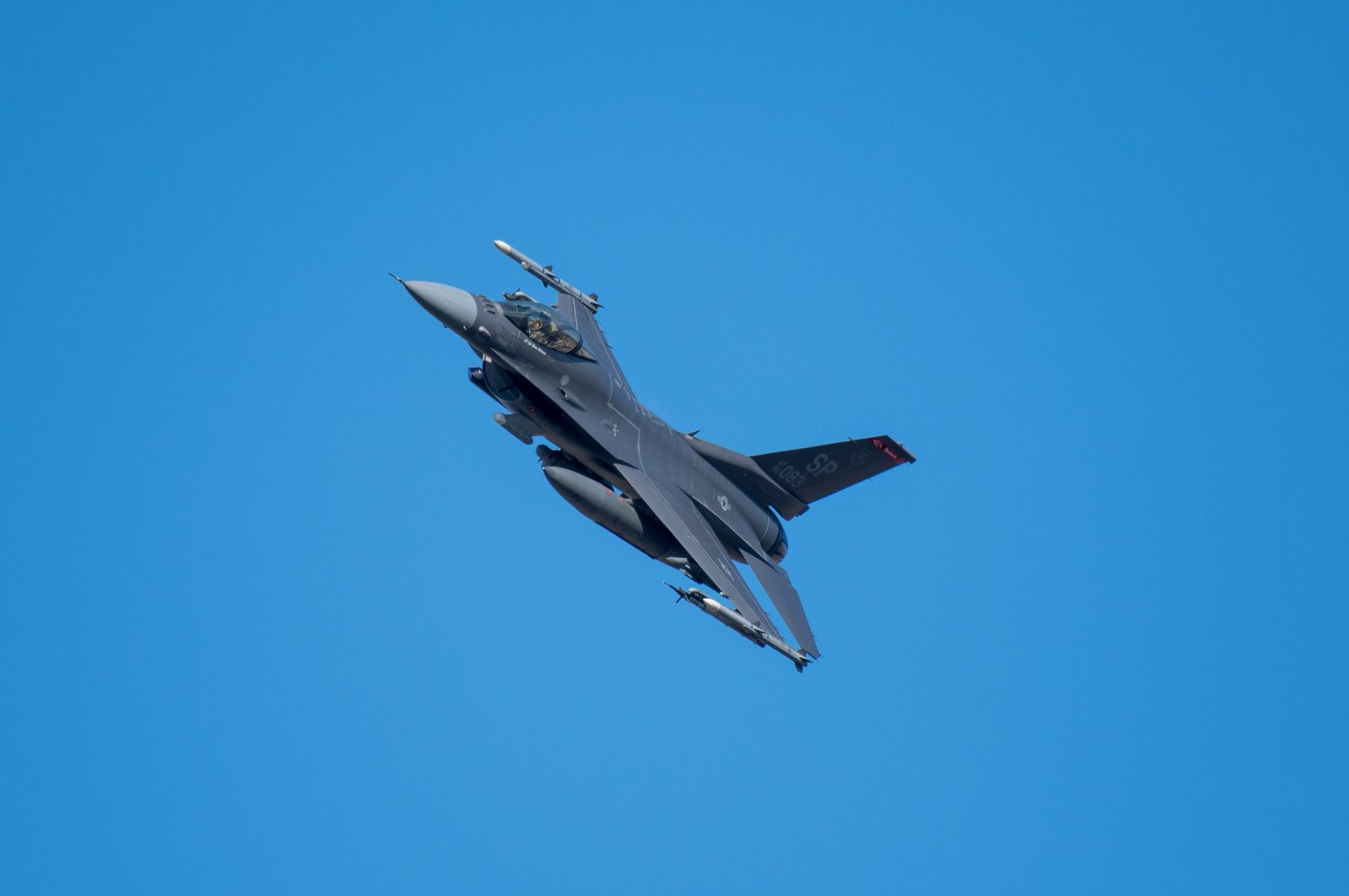 U.S. President Joe Biden on Thursday said that the United States should go ahead with the delayed sale of F-16 fighter jets to Turkey and that he is confident the congressional approval needed for the sale can be obtained.

Biden’s backing came after a senior Pentagon official and a key Republican senator openly threw their support behind the potential sale and modernization of Turkey’s F-16 fleet, a day after Ankara lifted a veto of NATO membership for Finland and Sweden.

Speaking at a news conference in Madrid at the conclusion of a NATO summit, Biden rejected suggestions that Washington’s support for the sale was in return for Turkey lifting its block to the NATO membership of Sweden and Finland.

“What I said was, I said back in December, as you'll recall, we should sell them the F-16 jets and modernize those jets as well,” he said. “It’s not in our interest not to do that.”

“And there was no quid pro quo with that. It was just that we should sell, but I need congressional approval to be able to do that. And I think we can get that.”

Separately, President Recep Tayyip Erdoğan confirmed that Biden had told him during their meeting on the sidelines of the NATO summit in Madrid on Wednesday that he would do what he can regarding the Congress and the fighter jet deal.

The remarks mark Washington’s strongest public backing yet for the request since it was lodged by Ankara last October.

Turkey made a request to the United States to buy 40 Lockheed Martin-made F-16 fighters and nearly 80 modernization kits for its existing warplanes.

“The United States supports Turkey’s modernization of its fighter fleet because that is a contribution to NATO security and therefore American security,” she said.

“These plans are in the works. And, they need to be worked through our contracting processes.”

Washington had not previously openly expressed any opinion on the sale aside from saying all weapons sales would have to go through the necessary legal process.

In March, the State Department wrote a letter to some members of the U.S. Congress who had opposed the sale, saying "appropriate" U.S. defense trade ties with Turkey would serve U.S. interests.

“I support the Biden Administration’s decision to support the sale of new F-16s to our NATO ally, Turkey,” Graham said on Twitter.

“While we have differences with Turkey, they are a NATO ally and it is in America’s national security interests to beef up their capabilities in a troubled region,” he wrote.

He added that upgrading Turkey’s “aviation capability will benefit Turkey, the U.S., NATO, and regional security.”

The remarks came on the heels of an 11th-hour deal struck on Tuesday between Turkey, Finland and Sweden after four hours of talks, averting an impasse at the gathering of 30 NATO leaders that aimed to show resolve in the face of Russia’s invasion of Ukraine.

Biden, speaking before his meeting with Erdoğan on Wednesday, praised the Turkish leader’s efforts to help strike a deal with the Nordic countries. “I want to particularly thank you for what you did,” Biden said.

The three nations signed a deal under which Ankara lifted its block on Finnish and Swedish membership, while the candidates pledged not to support the PKK terrorist organization's Syrian wing, the YPG, as well as the Gülenist Terror Group (FETÖ), which staged a 2016 failed coup attempt.

U.S. officials pushed back against any suggestion that Washington was backing the warplane request to remove Turkish objections to the entry of Sweden and Finland into NATO.

“The U.S. did not offer anything to Turkey and was not asked for anything by Turkey” as part of its agreement with Finland and Sweden, a senior administration official said.

The official said U.S. officials were engaged in ongoing technical talks about Turkey’s request to buy U.S. F-16 fighter jets. Congress would have the final say about any such sales.

Erdoğan, before departing for Madrid on Tuesday but after a phone call with Biden, criticized the United States over the F-16 sale, saying it was stalling Ankara.

In his brief remarks before his meeting with Biden, Erdoğan did not bring up the F-16 issue but expressed his pleasure to meet Biden “after a long while.” Their meeting lasted about an hour.

The two leaders had last met in person in October 2021 and spoke on the phone earlier this year.