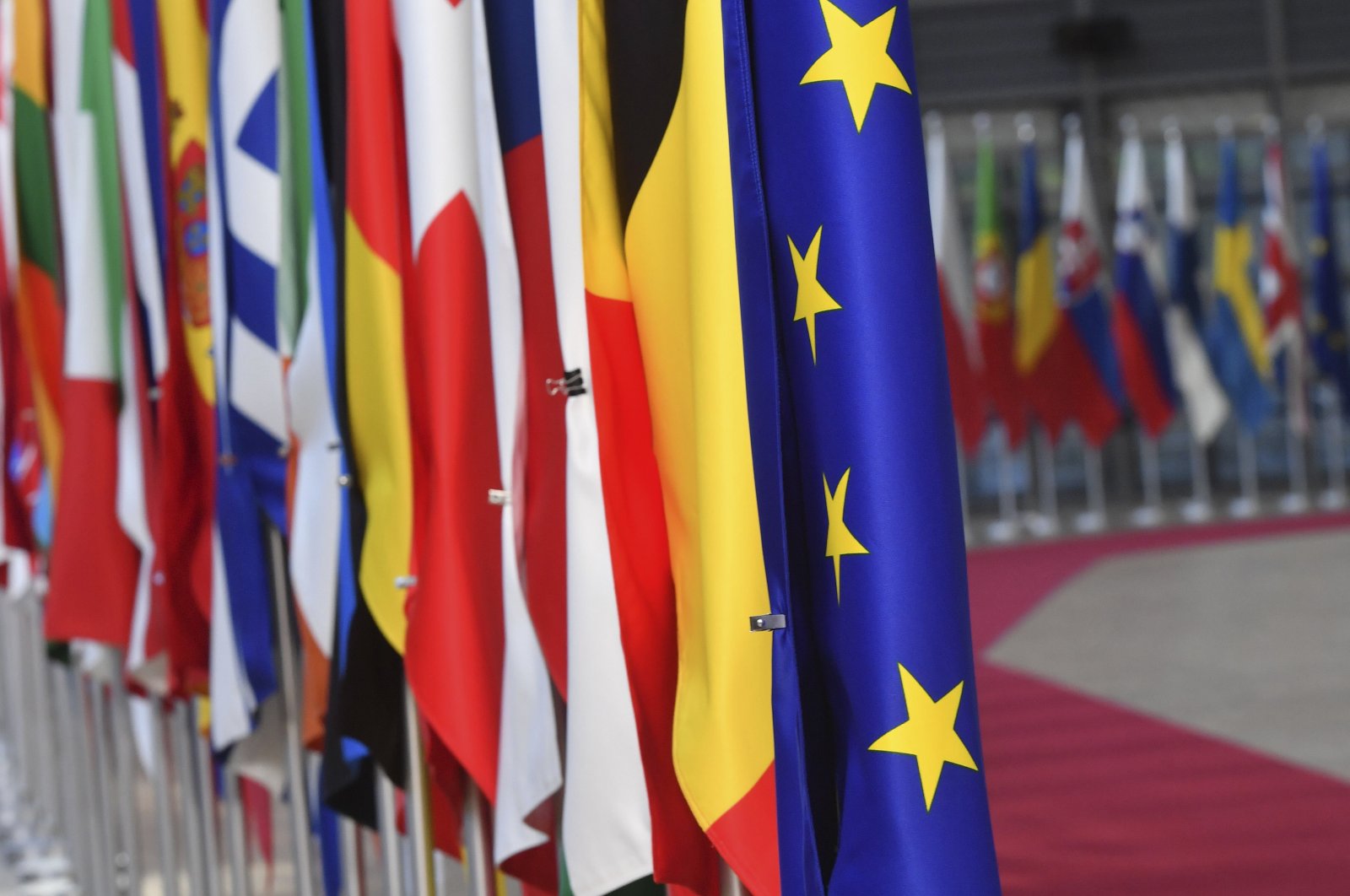 The European Union flag is displayed with EU member countries' flags at the European Council in Brussels, May 13, 2019. (AFP Photo)
by Agencies May 23, 2020 1:06 pm
RECOMMENDED

Austria, the Netherlands, Denmark and Sweden have put forward a counterproposal for a European coronavirus recovery fund with a two-year time limit and a concentration on loans.

The Austria Press Agency reported that the countries issued their position paper Saturday. It follows a French-German proposal for a fund of 500 billion euros ($550 billion) that would make outright grants to help countries and endorses common borrowing.

The agency states that the four countries must not agree to “instruments or measures that lead to a mutualization of debt or significant increases" in the European Union’s budget.

The proposal didn’t put a figure on the aid that should be given, but APA reported that the Austrian chancellery said the money must be used for “the rebuilding and resilience of the health sector and the economy.” Research, innovation and climate-related investments could be backed.

The EU’s executive commission is expected to unveil its own proposal for a recovery fund next week, from which the EU member states must then find a compromise.

The concept is that the money should be raised by the European Commission as loans on the capital market and distributed as grants via the EU budget.

The worst-hit states like Italy or Spain, but also affected business sectors, could receive grants. To do this, however, all 27 EU countries would have to agree.

Austrian Chancellor Sebastian Kurz has sharply criticized this concept in numerous interviews and appearances over the past few days.

"We clearly say yes to coronavirus emergency aid, but what we reject is a debt union through the back door," he said in a guest contribution on Friday to the online party conference for the Bavarian conservatives in southern Germany, the Christian Social Union (CSU).