African states seek to tap into Turkish investments at forum 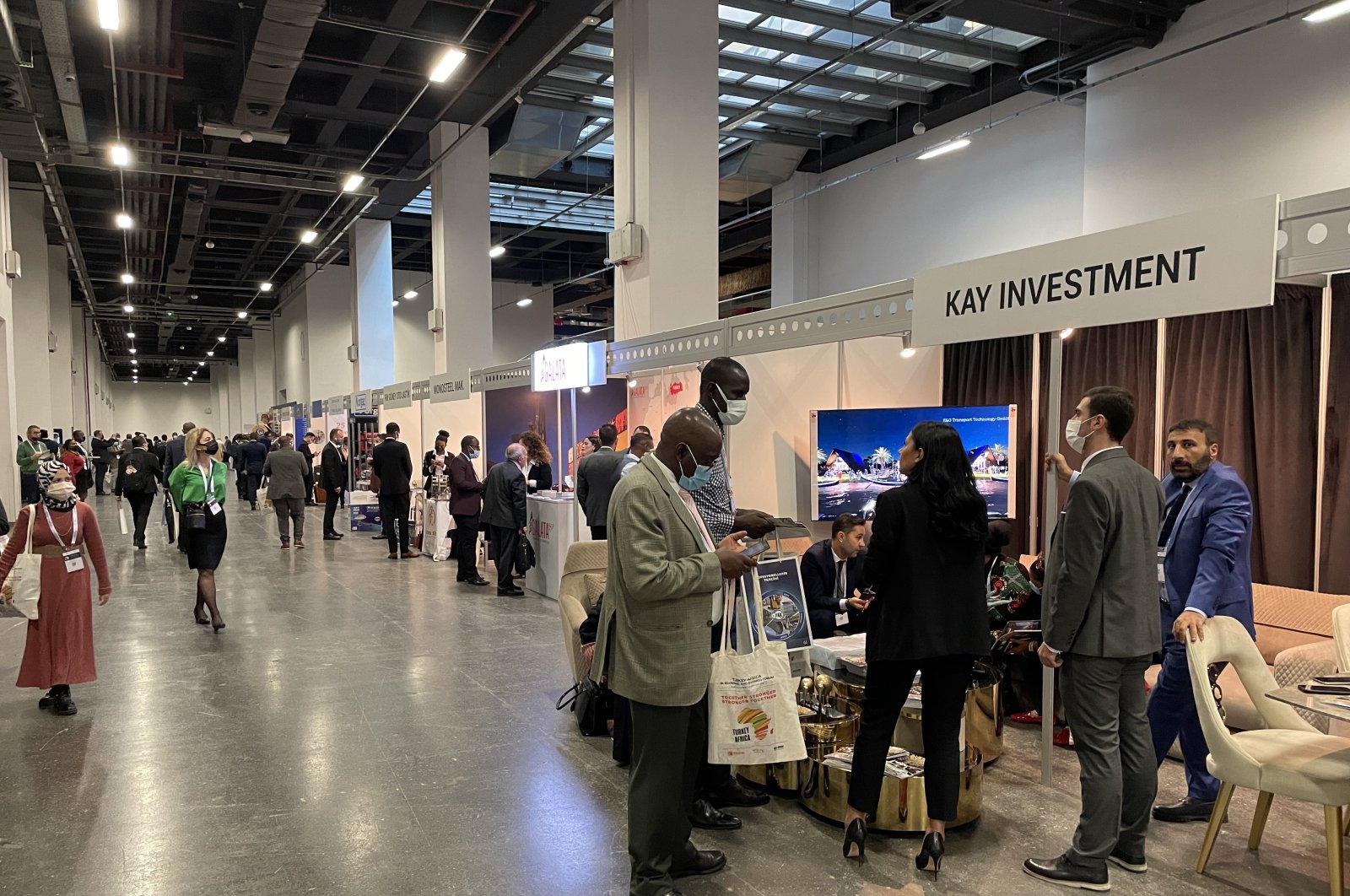 The representatives of African nations said on Thursday that they are seeking to enhance business relations with Turkey.

"Trade between Somalia and Turkey has improved with $206 million (TL 1.98 billion) in trade in 2019 from the $144 million in 2017," said Abdi. "Somalia remains interested in trade and economic collaboration with Turkey and the rest of the world and Somalia is also committed to strengthening trade relations."

He said that the forum is increasing the socioeconomic dynamism of Africa-Turkey cooperation and demonstrates the emerging role of Africa as a dynamic player in the global business landscape.

With a focus on post-pandemic recovery, East African nations – Burundi, Kenya, Rwanda, South Sudan, Tanzania, Uganda and Tanzania – were also keen to tap into key opportunities for trade and investment from Turkey.

Kaberia met an official with the Association of Anatolian Businessmen (ASKON) in Istanbul and discussed investment cooperation in textiles, agro-processing, mining and affordable housing.

Director-general of the Customs and Trade for the East African Community intergovernmental organization, Kenneth Apollo Bagamuhunda, said, "The forum will also pave the way for the strengthening of the economies of Turkey and African countries in the post-pandemic era."

Rwakakamba Morrison, chairprtdon of Uganda's Investment Authority, hailed the forum, saying it will connect people from his country and Africa to Turkish investors.

Zambian Commerce, Trade and Industry Minister Chipoka Mulenga, speaking at the Istanbul airport, said the forum is timely and in line with his government's development agenda.

"Our agenda is aimed at ensuring that citizens accrue maximum benefits from Zambia's international engagements through the promotion of trade and investment," Mulenga said in a statement from the Zambian Embassy in Turkey.

For Togo, which is in the process of strengthening its partnership with Turkey, the summit, according to the Togolese presidency, will be an opportunity to discuss priority areas of cooperation, particularly economic investments with Turkish entities.

It said the forum is also an opportunity for Togo to present to Turkish businesspeople the merits and opportunities offered by the African Continental Free Trade Area (AfCFTA).

"Notably, its poles of attraction, and probe the possible future trade partnerships with Turkey in the areas of investment, technology or logistics," it added.

He announced the signing of "a good bilateral win-win trade agreement" between his country and Angola.

The two-day Turkey-Africa Economic and Business Forum began on Thursday in Istanbul, where around 3,000 African and Turkish businesspeople and over 30 ministers from African countries as well as Turkish officials gathered.

Turkey and Africa's bilateral trade volume, which was $5.4 billion in 2003, reached $25 billion in 2020, Turkish Trade Minister Mehmet Muş said at a news conference on the first day of the forum organized by Turkey's Foreign Economic Relations Board (DEIK) in cooperation with the Trade Ministry and African Union Commission (AUC).

The event will include a ministerial meeting, B2B (business-to-business) debates, signing ceremonies and panel discussions in which several topics such as cooperation in agriculture, pandemic, innovation and financing will be discussed.

The summit is pertinent given that President Recep Tayyip Erdoğan returned to Turkey just Thursday from a four-day tour of three African countries, including Angola, Togo and Nigeria.

The Gambian trade minister said his country has a "huge" trade potential for Turkish companies, including in the areas of construction, infrastructure, shipping and logistics.

Speaking to Anadolu Agency (AA) on the sidelines of the third edition of the Turkey-Africa Economic and Business Forum in Istanbul, Seedy Keita said he expects that the private sector meetings between Turkey and Africa during the forum will help "grow the investment and trade between two countries."

Underlining that Africa is a "very fast-growing continent, with a young population and a lot of investment opportunities," Keita said: "We can leverage on the opportunities and the investment skills and expertise of Turkey's companies to help us grow."

"At the same time, Turkish companies and investors can take advantage of the rich resource base Africa has to offer. This is a win-win situation," he stressed.

Keita said that a Turkish company is currently providing his country with electricity as part of a previous investment agreement between Gambia and Turkey.

Gambia will host the Organisation of Islamic Cooperation (OIC) meeting, of which Turkey is also a member, Keita noted, and said that he sees it as "another opportunity for Turkish companies to come and invest" in his country.