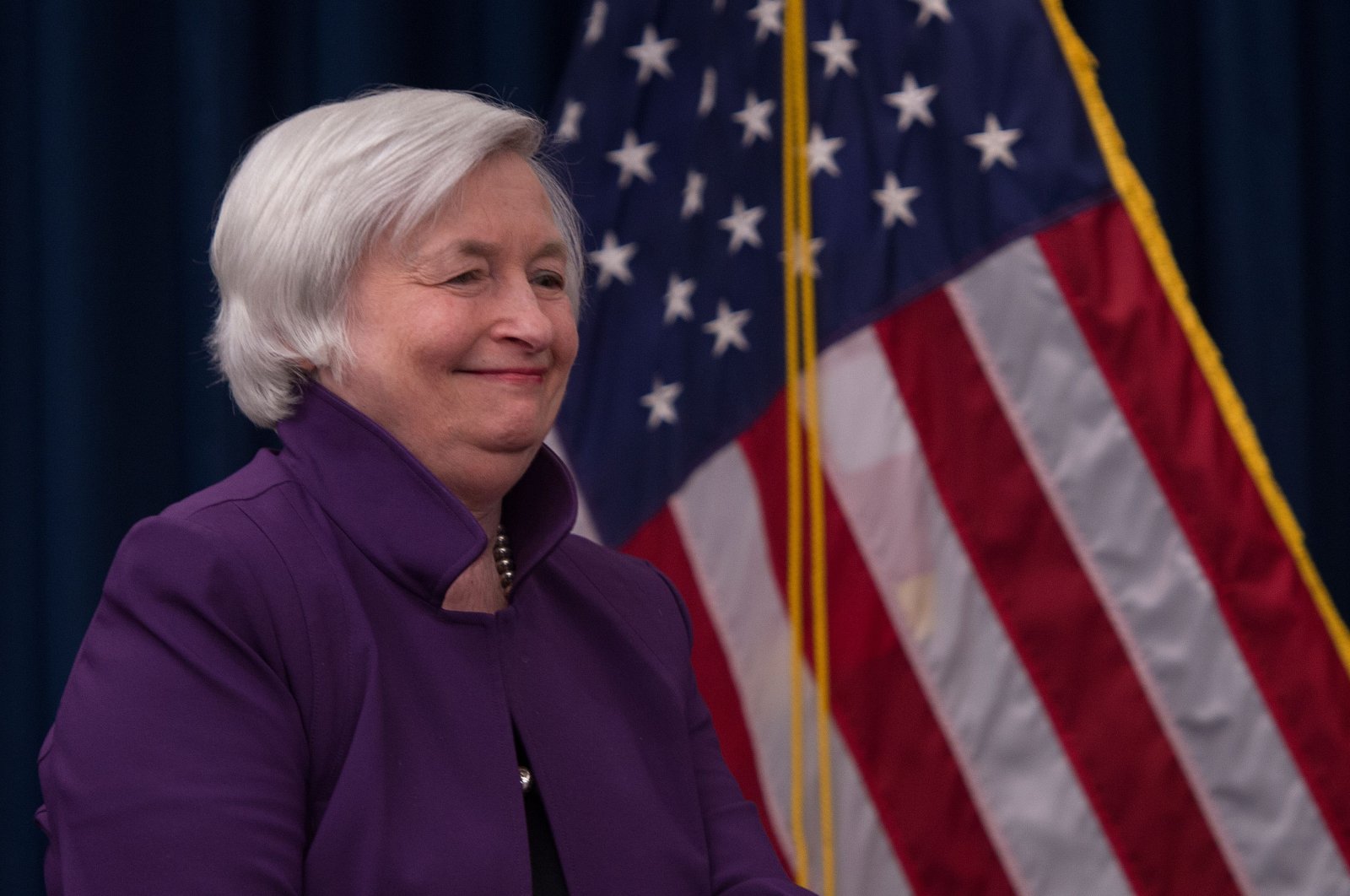 U.S. President-elect Joe Biden is expected to nominate former Federal Reserve (Fed) Chair Janet Yellen as U.S. Treasury secretary, breaking a 231-year gender barrier and putting a seasoned economist and labor market expert in charge of leading the country out of the steepest downturn since the Great Depression.

The move, confirmed by Democratic allies to the Biden campaign, will shift Treasury's focus heavily toward progressive efforts to tackle growing economic inequality and fighting climate change and away from the Trump administration's pre-pandemic emphasis on cutting taxes and easing financial regulations.

Yellen, 74, brings Biden decades of economic policy experience and is respected by Congress, international finance officials, progressives and business interests alike. She has called for opening fiscal spending taps to revive an economy wracked by the coronavirus pandemic and would be the first person to head the Treasury, the Fed and the White House Council of Economic Advisers.

The post will present a host of new challenges for Yellen, whose policymaking experience in the past 20 years has largely centered on monetary – rather than fiscal – policy. For one, it means a far more political role than that she played in her long career at the Fed, an institution that goes to great lengths to distance itself from partisan politics.

Yellen served on the Fed's policymaking committee during the 2008-2009 financial crisis that nearly toppled the banking system. She made history in 2014 when the economy was still recovering from the devastating Great Recession, as she became the first woman to chair the central bank after serving for a decade as San Francisco Fed president and a Fed governor.

In the late 1990s, she was President Bill Clinton's top economic adviser during the Asian financial crisis.

Republican President Donald Trump declined to renew her term and replaced her with current Fed Chair Jerome Powell in 2018.

Born in Brooklyn, New York, to a family doctor and an elementary school teacher, Yellen earned a doctorate in economics from Yale in 1971 as the only woman in her class and taught at several major universities before serving as a top economic adviser to President Bill Clinton from 1997 to 1999.

She is married to Nobel Prize-winning economist George Akerlof, whom she met in 1977 at the Fed where both were working in research roles.

At Treasury, Yellen would have a major role in influencing U.S. fiscal and tax policy, tools she did not have at the Fed.

Yellen "will be a trusted, steady, and pragmatic hand on the helm as the U.S. navigates the economic recovery from the COVID-19 pandemic," said Tim Adams, a former Treasury official who is president of the Institute of International Finance (IIF), which represents more than 450 global banking firms.

With Democrats having only a slim possibility of winning a U.S. Senate majority in two Georgia runoffs in January, Yellen faces tough negotiations with Republicans to try to push Biden's agenda, includes raising taxes on the wealthy and investing trillions of dollars in infrastructure, education and fighting climate change.

Economists said Yellen would be effective in articulating the economic arguments for spending more in the near term to boost job growth and reduce the gap between rich and poor. Yellen's 2014 speech here highlighting the fast growth of U.S. inequality suggested it was a threat to "values rooted in our nation's history."

"She knows how to build consensus. She knows how to argue a point in her way. She's no shrinking violet," said Julia Coronado, president of MacroPolicy Perspectives and a former Fed economist who worked with Yellen.

Investors see Yellen as a force for more fiscal action to combat the economic crisis unleashed by the COVID-19 pandemic, and as someone in a strong position to ensure the Treasury will continue to work closely with the Fed.

"Yellen should be a very strong advocate for more aggressive fiscal policy, and given her gravitas around Washington, it may make her the single most effective fiscal expansion advocate Biden could have picked," said Tom Graff, head of fixed income at Brown Advisory in Baltimore.

The S&P 500 Index rose from roughly unchanged on the day at the time of the initial report to gain 0.57% by the closing bell. Prices of U.S. Treasury securities remained lower on the day. The dollar was little changed.

Yellen was chosen over other seasoned economic policymakers, including current Fed Board of Governors member Lael Brainard, 58, who served as the Treasury's undersecretary for international affairs early in the Obama administration.

Also under consideration was Roger Ferguson, 69, president of the retirement asset manager TIAA and a former Fed vice chair, who would have been the first Black Treasury secretary.

Senator Elizabeth Warren, a rival to Biden for the Democratic presidential nomination and a candidate for the Treasury post, tweeted that Yellen would be "an outstanding choice" and praised her for having "stood up to Wall Street banks" as Fed chair.

Earlier on Monday, Biden tapped veteran diplomat Antony Blinken as his new secretary of state and named other members of his national security team.

Trump continues to dispute without evidence Biden's victory in the Nov. 3 election, but the General Services Administration on Monday approved the start of a formal transition process.

Jen Psaki, an adviser to the Biden campaign tweeted that economic team members would be announced next week.