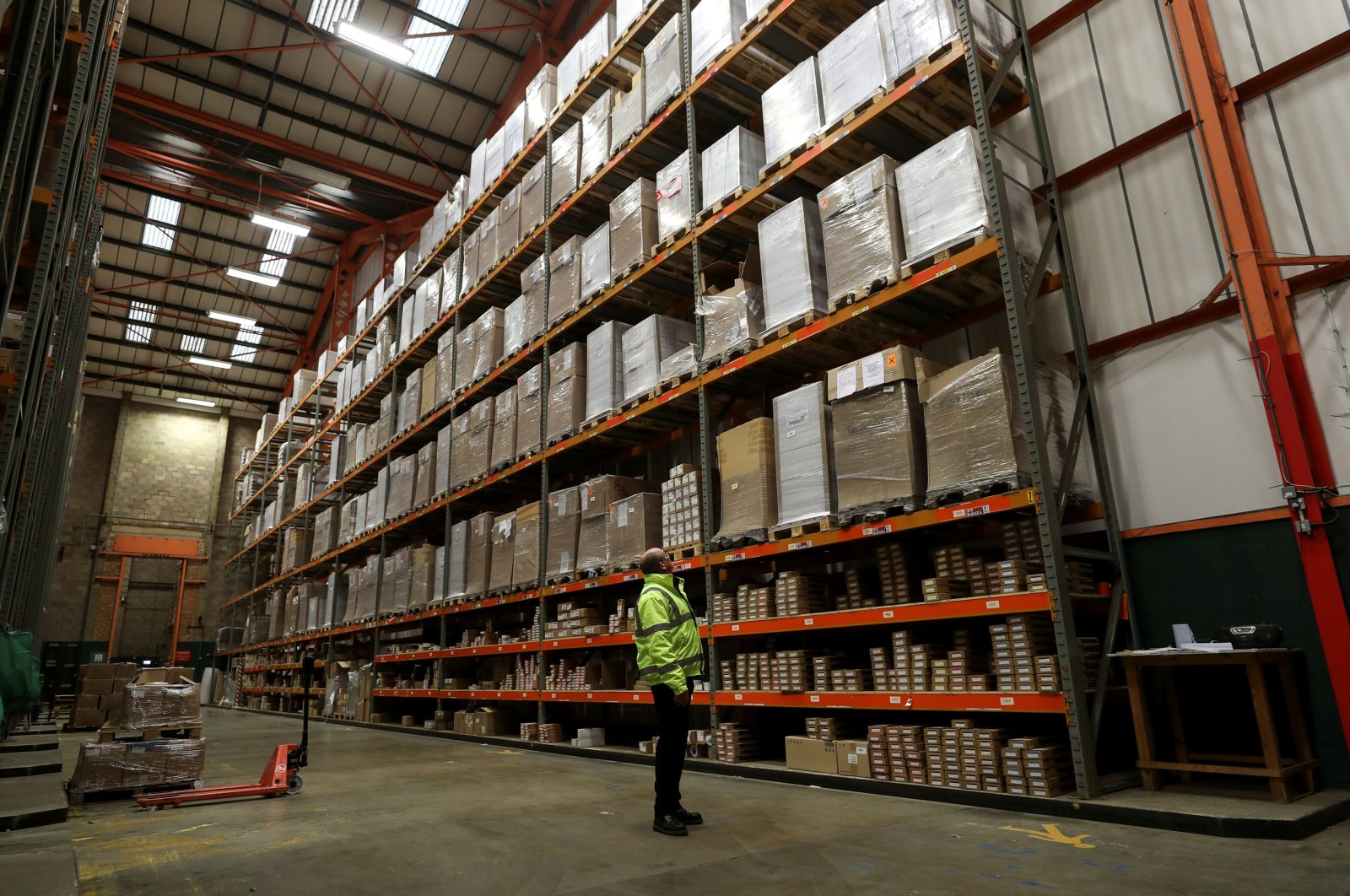 An employee looks up at goods at the Miniclipper Logistics warehouse in Leighton Buzzard, Britain, Dec. 3, 2018. (Reuters Photo)
by REUTERS Feb 01, 2021 1:32 pm
RECOMMENDED

The combined impact of COVID-19 and Brexit weighing on new export orders, along with the disruption of supply chains and mounting inflation pressure, resulted in the United Kingdom’s manufacturing growth posting its slowest pace in three months in January, data showed Monday.

The final IHS Markit/CIPS manufacturing Purchasing Managers' Index (PMI) fell to 54.1, higher than a preliminary reading for January of 52.9 but down from a three-year high of 57.5 in December when factories rushed to beat problems when Britain's new trade relationship with the European Union (EU) began on Jan. 1.

Just a week before the deadline, Britain and the EU struck a free-trade deal on Dec. 24 that should avert economic chaos and bring a measure of certainty for businesses after years of Brexit turmoil.

The agreement ensures Britain and the 27-nation bloc can continue to trade in goods without tariffs or quotas after the U.K. breaks fully free of the EU.

"Whereas many countries are seeing manufacturers provide much-needed support to economic growth as the service sector is hit by COVID-19, the U.K.'s manufacturing sector has come close to stalling," Rob Dobson, a director of IHS Markit, said.

Britain's fast COVID-19 vaccination rollout program and progress by companies in adapting to Brexit held out the prospect of a pickup in the pace of growth, he said.

"However, there is no swift end in sight to these headwinds, and the longer the current circumstances remain the greater the potential damage to the sector and its suppliers," Dobson said.

Declining new orders and a steep fall in input stocks weighed on the index in January.

IHS Markit said supplier lead times jumped because of logistics problems – something that greatly boosted the headline PMI because they are normally a sign of higher demand.

Employment levels increased for the first time in a year but only marginally.

"Increased costs were passed on to clients, leading to the steepest inflation of selling prices for 28 months," IHS Markit said.