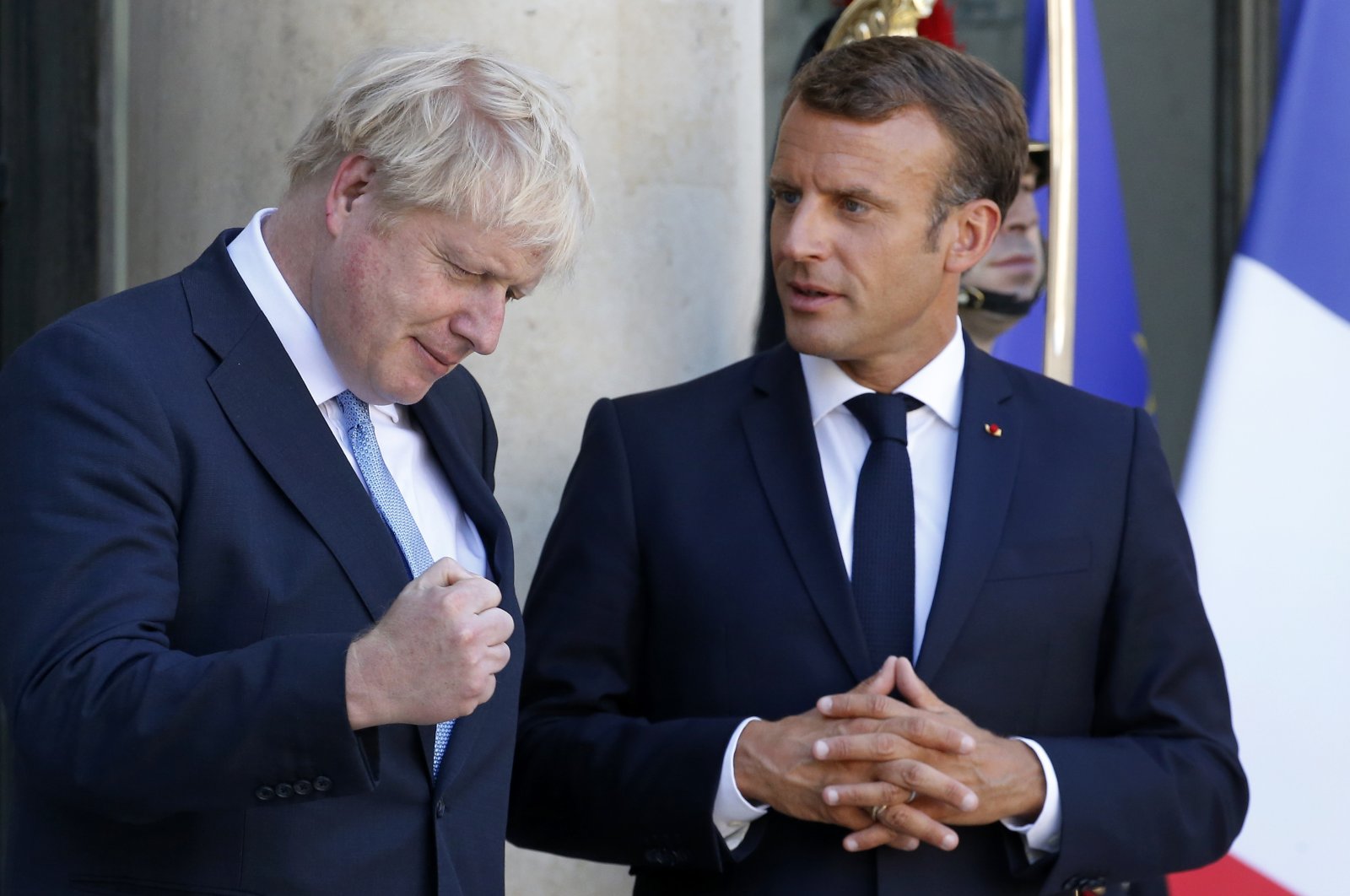 Macron was left furious last week after Australia ditched a mega-deal to buy diesel submarines from France in favor of American nuclear-powered ones – secured during secret negotiations facilitated by Britain.

In the conversation, which the Elysee said came at Johnson's request, the British prime minister said he hoped for cooperation "in line with our values and our common interests," such as the battle against climate change, securing the Indo-Pacific region and the fight against terrorism.

Macron told Johnson that "he is awaiting his proposals," his office said in a brief statement.

French fury over what it sees as a "stab in the back" over the submarine contract saw Macron recall the French ambassadors to Washington and Canberra in an unprecedented diplomatic protest. But the French envoy in London remained at her post, with France's Europe Minister Clement Beaune dismissing London as a mere "third wheel" in the deal and a "junior partner" to the U.S.

Using franglais, Johnson this week appealed to France to "Donnez-moi un break," calling for calm after tempers flared in France, while also telling Paris to "prenez un grip" ("get a grip").

The submarine spat brought relations between Paris and London to their worst since Britain's 2016 vote to leave the European Union.

Brexit has led to several disagreements between both nations, notably over fishing rights but also the still vexing issue of trade between mainland Britain and the province of Northern Ireland.

Migrant flows have also been a major irritant between Paris and London.

There remains, however, a willingness on both sides to continue close cooperation in defense matters, experts say.

The submarine deal "created a legitimate anger in France and clearly dealt a serious blow to trust and cooperation between France and the U.K. in a relationship already strained by years of post-Brexit disputes," said Hans Kundnani and Alice Billon-Galland, analysts at the Chatham House policy institute.

But they said "the reality is the two countries share a similar set of interests and partners in the Indo-Pacific and beyond, and will need to find ways to navigate current tensions."

If they succeed that could open the way for other Europeans to also contribute to security in Asia, they said.