Business growth in eurozone plunges to 6-month low in October 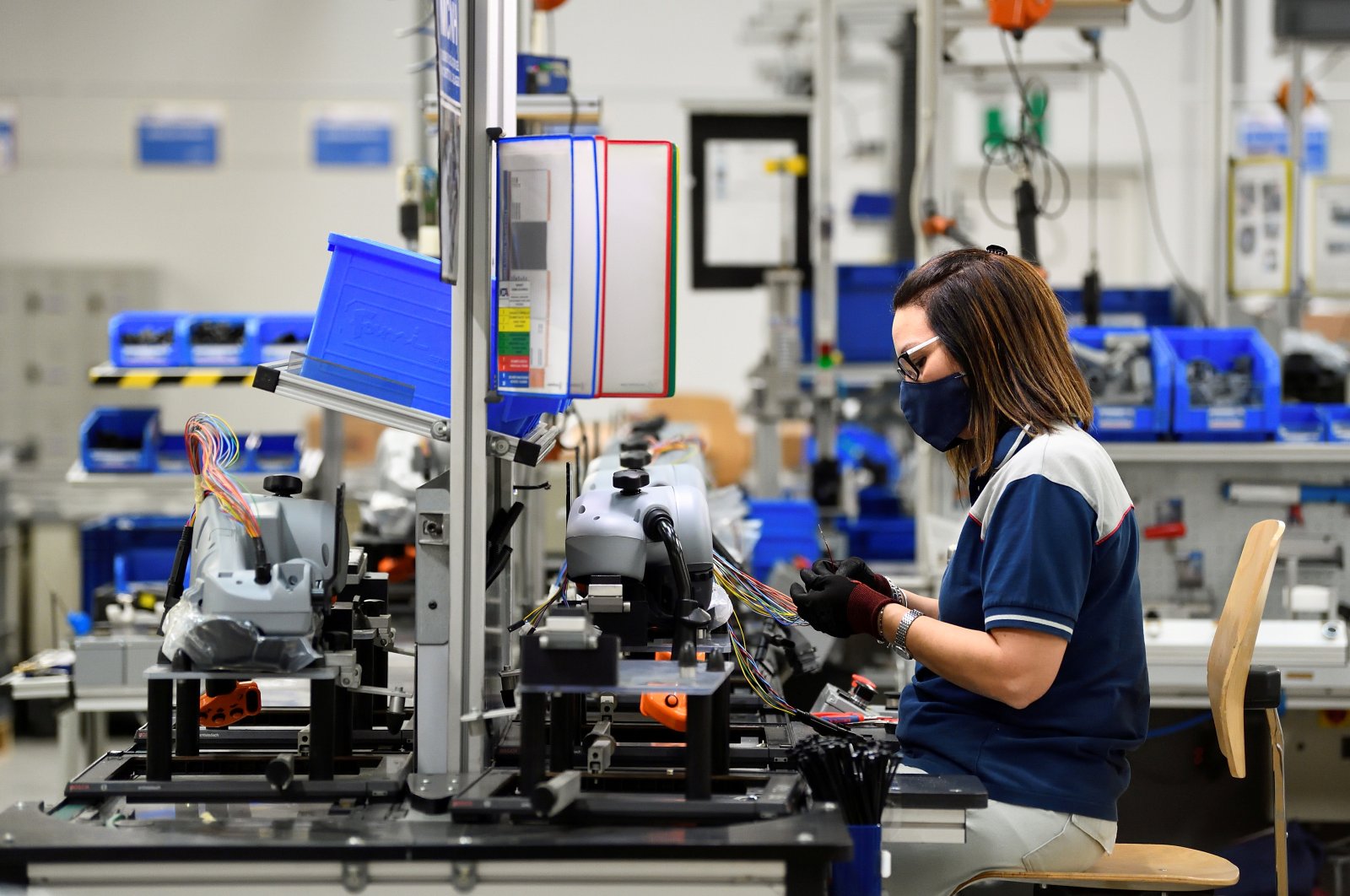 Business growth in the eurozone fell to a six-month low last month, a closely-watched survey showed Thursday, as input prices soared at the fastest pace in over two decades on the back of supply chain bottlenecks and logistical issues related to the COVID-19 pandemic.

Government restrictions are being lifted in the currency bloc but shortages of raw materials in the manufacturing sector are impacting growth and the pent-up demand unleashed across the services industry is waning.

IHS Markit's Flash Composite Purchasing Managers' Index (PMI), a good gauge of overall economic health, fell to a six-month low of 54.2 in October from 56.2 in September, just below an earlier 54.3 "flash" estimate.

"The PMIs suggest the euro zone's economic recovery will slow markedly in Q4 as supply shortages intensified throughout the region, especially for manufacturers," said Jessica Hinds at Capital Economics.

"They also show that price pressures are building, even in the periphery."

A Reuters poll last month suggested growth in the bloc would slow to 1.1% this quarter after expanding 2% in Q3.

The services PMI index fell to a six-month low of 54.6 in October from 56.4, a notch lower than the preliminary estimate of 54.7, but still comfortably above the 50 mark separating growth from contraction.

Demand weakened though and the new business index dropped to 55.1 from 55.3.

While eurozone manufacturing activity remained strong last month, it was curtailed by supply chain bottlenecks, a survey showed on Tuesday.

Those bottlenecks have caused the costs of raw materials to soar and the composite input prices index climbed to 73.2 from 70.9, by far the highest since the survey began in mid-1998.

"Inflation will peak at 4.5%. That is very high but likely to abate over the course of next year, we already see promising signs in container shipping for instance," said Holger Schmieding at Berenberg.

The supply constraints meant growth slowed in Germany, Europe's largest economy, for a third month and it was a similar picture in France, Spain and Italy.

In Britain, outside the currency union, businesses reported faster growth, data showed on Wednesday, but the Bank of England (BoE) is likely to be worried about record rises in the costs faced by businesses, which are being passed on to consumers.

The BoE will deliver its most eagerly awaited policy decision in years on Thursday. The bank must choose whether to nudge borrowing costs up from an all-time low or say it is waiting to ensure the post-lockdown economy is ready for a rate hike.

In the United States, a measure of services industry activity surged to a record high last month as declining COVID-19 cases boosted demand, although businesses remained burdened by snarled supply chains and the resulting exorbitant prices.