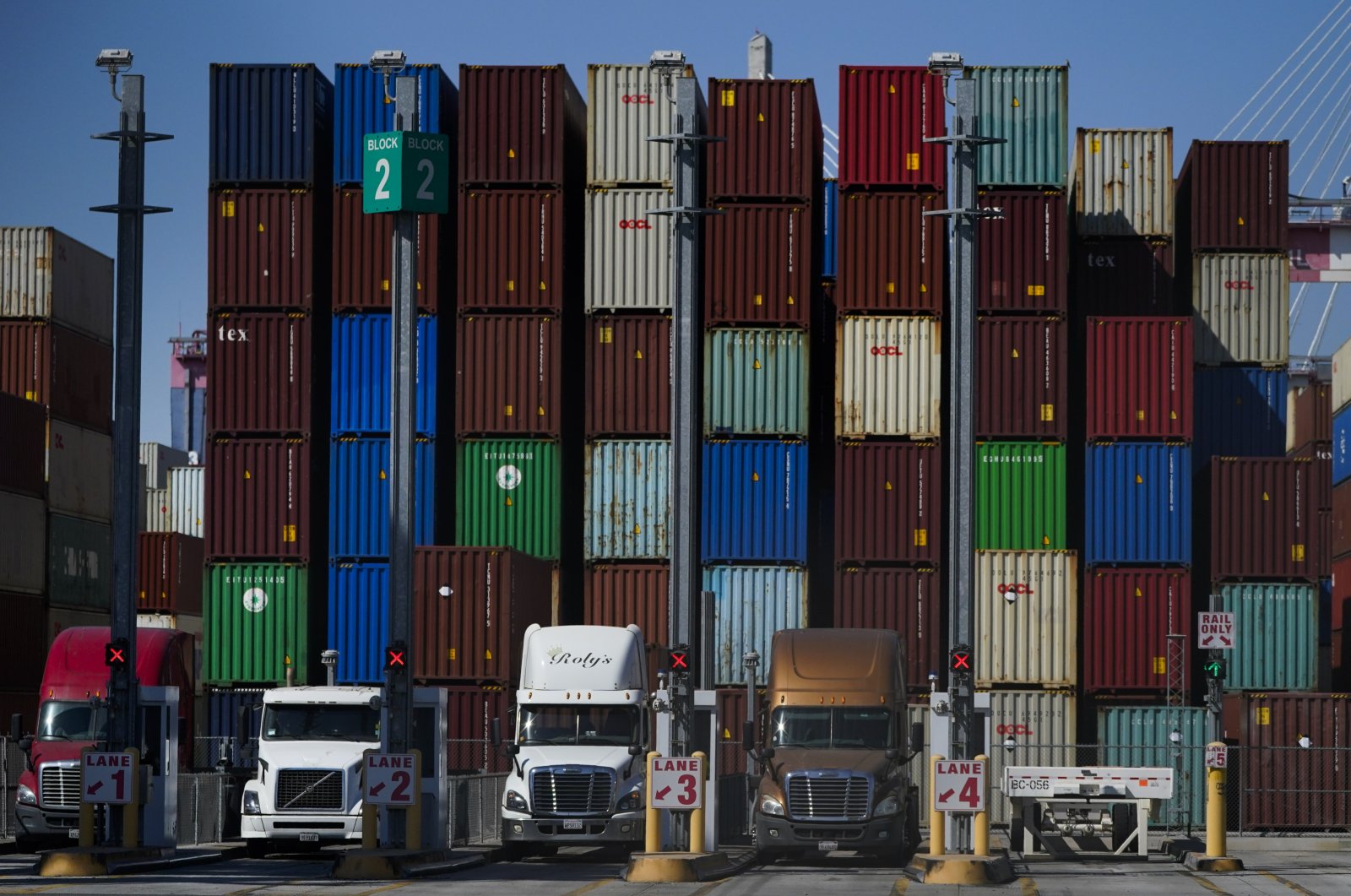 As drought poses threats to future harvests, farmers in California now say they also have to contend with having no way to export their crops due to global supply chain problems that have left container ships stuck on the Southern California coast with nowhere to deliver their goods.

Problems with the supply chain have retailers worried their shelves – and their customers' online shopping carts – will be empty during the crucial holiday shopping season, prompting emergency actions from state and federal leaders to clear up the logjam.

But the backlog of ships entering United States waters also means fewer are making the trek back across the Pacific Ocean, leaving the farmers in one of the nation's important agriculture regions with nowhere to send their products.

“We're at the mercy of foreign shipping companies,” said Roger Isom, president and CEO of the California Cotton Ginners and Growers Association and the Western Agricultural Processors Association. “We're in a game, somebody changed the rules on us, and we have no way to correct it,” he added.

California is the nation's only supplier of tree nuts – almonds, walnuts and pistachios. According to the California Department of Food and Agriculture, most of them are sold to other countries, totaling more than $8.1 billion in exports in 2019.

But last month, Isom said more than 80% of scheduled shipments were canceled. As a result, processors have resorted to paying much more to ship their products to other ports, sending pistachios and walnuts by train to Texas and Maryland and flying bales of cotton to Peru. He added that they are losing money on these sales, but have to do it or risk losing their customers.

It's mainly a problem for walnuts, which are in high demand in Europe for the Christmas holiday. But Isom said California's orders are “now being filled by other countries.”

“One of our members lost $7.5 million in one month of sales because of an inability to fill timely commitments,” Isom told state lawmakers during an informational hearing on the global supply chain problems held on Wednesday.

One reason for the shortage of ships is the high demand for products that have increased the cost of shipping. Many ocean carriers hurry back to Asia once they leave Southern California, bypassing the smaller port in Oakland where most of the state's tree nuts are shipped.

Danny Wan, executive director of the Port of Oakland and the president of the California Association of Port Authorities, last week said one of the port's container terminals was empty of both containers and ships.

“The operator tells me this is the first time in the history where they are operating in Oakland where they have not had one vessel call,” Wan said. “This is an example of the supply chain dictating this kind of market distortion.”

But the solution is not as easy as simply turning some ships around in Los Angeles and sending them north to Oakland. Assemblyman Patrick O'Donnell, chair of the Assembly Select Committee on Ports and Goods Movement, said ocean carriers need relationships with terminal operators, trucking companies and warehouses – all of which require contracts to be negotiated.

“That takes time. You can't just turn on a dime,” he said.

Mike Jacob, vice president and general counsel for the Pacific Merchant Shipping Association, said “it's important to us” to reestablish shipping connections in ports in both Northern California and the Pacific Northwest, adding three companies have dedicated direct service calls to the Oakland port while two more have plans to start in January.

“In order to solve this problem, every single stakeholder in (the) supply chain have to step up and make difficult choices – including the state,” said Dee Dee Myers, a senior advisor to Newsom and director of the Governor's Office of Business and Economic Development.

According to an analysis of trade data by Michigan State University, fruits and nuts are California's fifth-largest export sector, trailing electrical and industrial machinery and motor vehicles and their parts.

“A great deal of attention is on imports and issues confronting these entities bringing in goods which are important,” said Assemblymember Cecilia Aguiar-Curry, a Democrat whose rural Northern California district includes many farmers. “However, California agriculture depends heavily on the exporting of its goods – and I cannot overstate this enough – we are in an urgent position.”