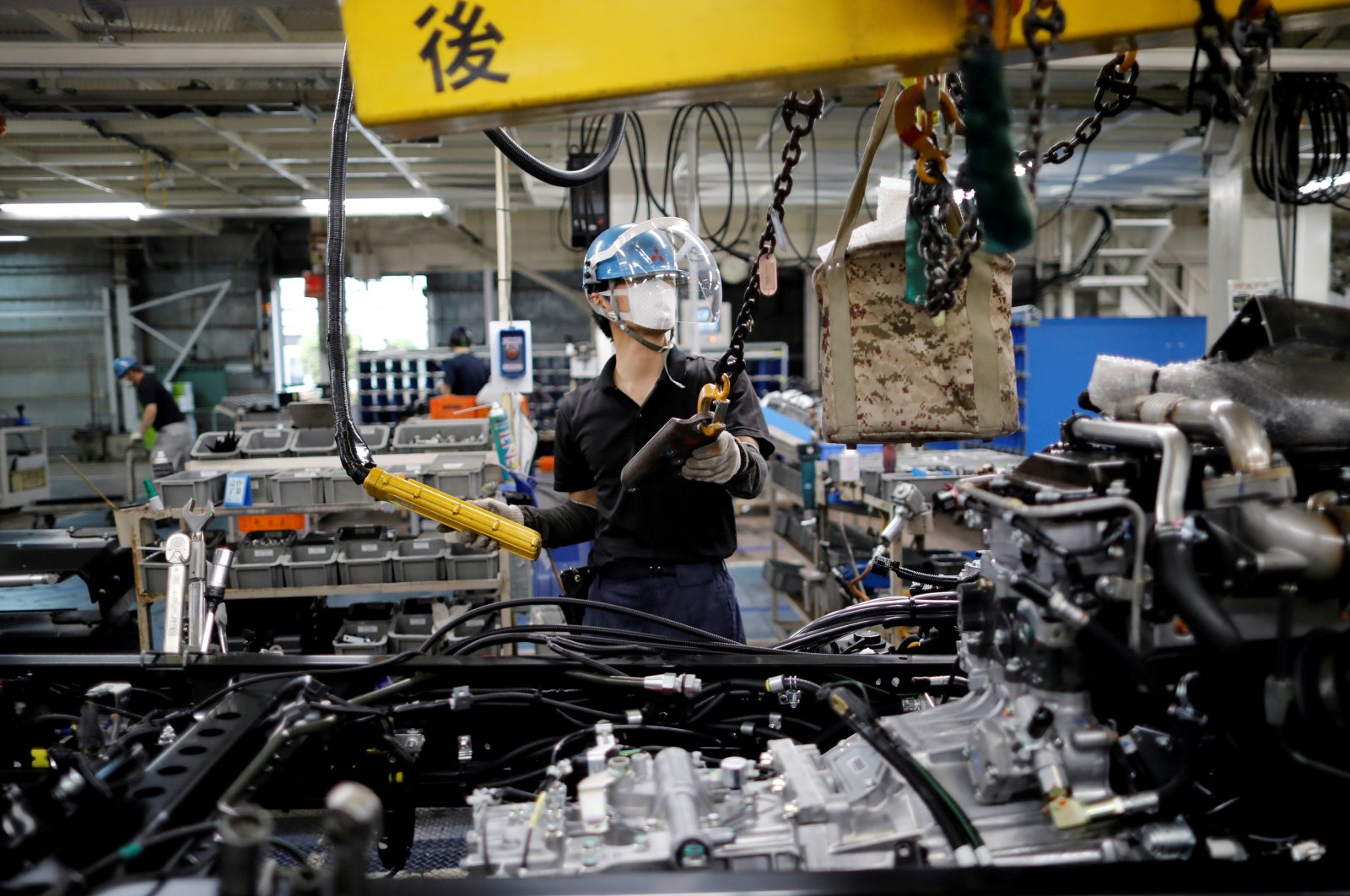 While countries, where outbreaks of the delta coronavirus variant receded, saw an improvement in activity, growth shrank in some as chip shortages and supply disruptions impacted those still struggling to shake off the hit from COVID-19.

Eurozone and British manufacturing growth remained strong but activity suffered from logistical issues, product shortages and a labor crunch that are likely to persist and keep inflationary pressures high.

"Though some of the bottlenecks should soon start to ease, many sectors – most notably those requiring semiconductors – are likely to face disruption for much of 2022," said Martin Beck, senior economic advisor to the EY ITEM Club.

"This signals activity is likely to remain constrained for some time to come."

IHS Markit's final manufacturing Purchasing Managers' Index (PMI) sank to 58.6 in September from August's 61.4 and Britain's PMI fell for a fourth month in a row, dropping to 57.1 from 60.3. Anything above 50 indicates growth.

Factories in Germany, Europe's largest economy, had been humming along almost undisturbed during the pandemic lockdowns that have impacted the services sector but shortages of intermediate goods and some raw materials are now holding the industry back.

Growth in French manufacturing weakened a tad more than initially forecast, its PMI showed, as problems over supplies of goods weighed on the industry.

Those supply bottlenecks kept the pressure on the costs of the raw materials factories need and manufacturers passed some of those increases to customers and the eurozone output prices index approached the record high seen in the summer.

Manufacturing growth in the United States also weakened last month, data due later on Friday is expected to show.

China's waning economic momentum dealt a fresh blow to the region's growth prospects, with the official PMI on Thursday showing the country's factory activity unexpectedly shrank in September due to wider curbs on electricity use.

Although the private Caixin/Markit Manufacturing PMI fared better than expected after slumping in August, growing signs of weakness in the world's second-largest economy are clouding the outlook for neighboring countries.

"While coronavirus curbs on economic activity may be gradually lifted, the slow pace at which this will happen means Southeast Asian economies will stagnate for the rest of this year," said Makoto Saito, an economist at NLI Research Institute.

Manufacturers in Japan, the world's third-largest economy, faced pressure from pandemic restrictions and heightened supply chain disruptions as well as shortages of raw materials and delivery delays and its PMI marked its slowest pace of expansion since February.

Taiwan's factory activity continued to expand but at its slowest pace in over a year while Vietnam's index was unchanged. South Korea's, India's and Indonesia's PMIs rose.

"While regional PMIs showed that the disruption from large virus waves in the region is easing somewhat, unmet orders continue to pile up, meaning that the resulting shortages further down supply chains are set to remain for some time to come," said Alex Holmes, emerging Asia economist at Capital Economics.

Once seen as a driver of global growth, Asia's emerging economies are lagging advanced economies in recovering from the pandemic's pain as delays in vaccine rollouts and a spike in delta variant cases hurt consumption and factory production.