Card spending rises in most sectors amid Turkey's COVID-19 easing 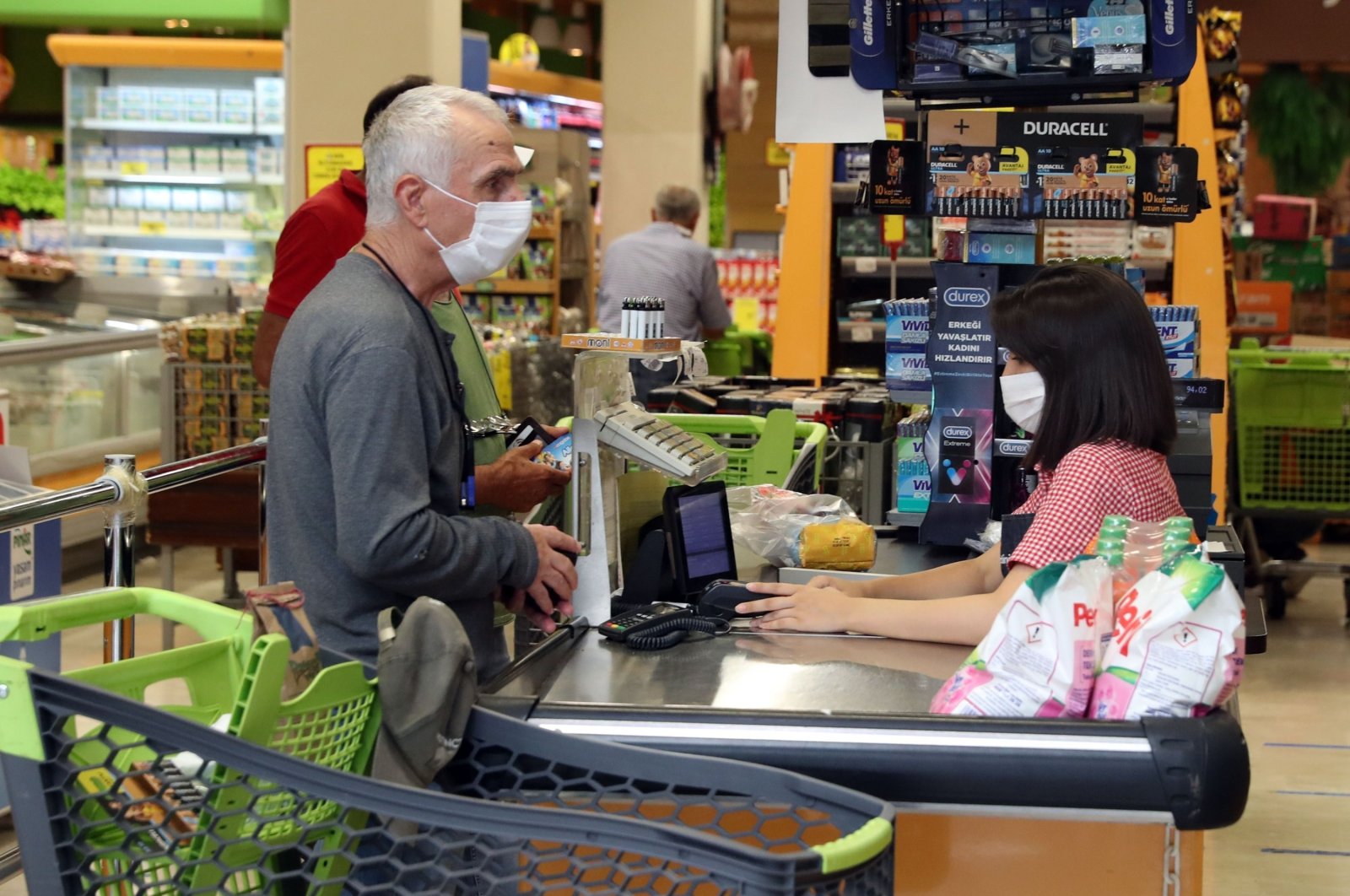 Credit and debit card spending increased in 19 of the leading 22 sectors in the first 15 days of the second normalization period, which started on March 1, according to Istanbul Chamber of Commerce (ITO) research.

ITO calculated the impact of the gradual normalization that started this month on card expenditures by using the Central Bank of the Republic of Turkey (CBRT) data regarding debit and credit card expenditures.

The research, which compared the card spending in the first two weeks of March and with the last two weeks of February, revealed that consumer card expenditures increased 38% in the food sector, 34% in car rentals and 30% in air travel.

Internet shopping using cards also increased by 11% in the first half of March, compared to the previous two weeks, the data showed.

ITO President Şekib Advagiç told Anadolu Agency (AA) that it is important to keep coronavirus cases at a minimum as the expenses increase.

Noting that the new normalization steps started to revive many sectors in the first two weeks of March and thus had positive effects on the economy, Advagiç said that particularly the services sector, which has been most affected by the pandemic, has made a visible recovery.

Advagiç said that the increase in card expenditures in the food sector has reached 35%.

"This increase relieved millions of employees working in the food and beverage sector. The removal of the restriction for Saturday has boomed domestic tourism. Now, we aim to keep all our sectors away from high-coronavirus risk and lift all our sectors,” he said.

The new era, named the "controlled normalization process" by President Recep Tayyip Erdoğan, was introduced in early March and hailed by residents of provinces reporting low case numbers, but people living in coronavirus hot spots will have to hold on a little longer for a return to the old days when the movement was not restricted. The curfews have been partially lifted, and some closed businesses were allowed to reopen across the country, except in places at the highest risk level.

The country has implemented a color-coded, regional approach to tackling the virus. Provinces at very high risk are deemed "red," while others with lesser cases are respectively classified as "orange, yellow and blue." The categorization is based both on the number of cases and the vaccination rate as the country started its inoculation drive on Jan. 14, 2020.