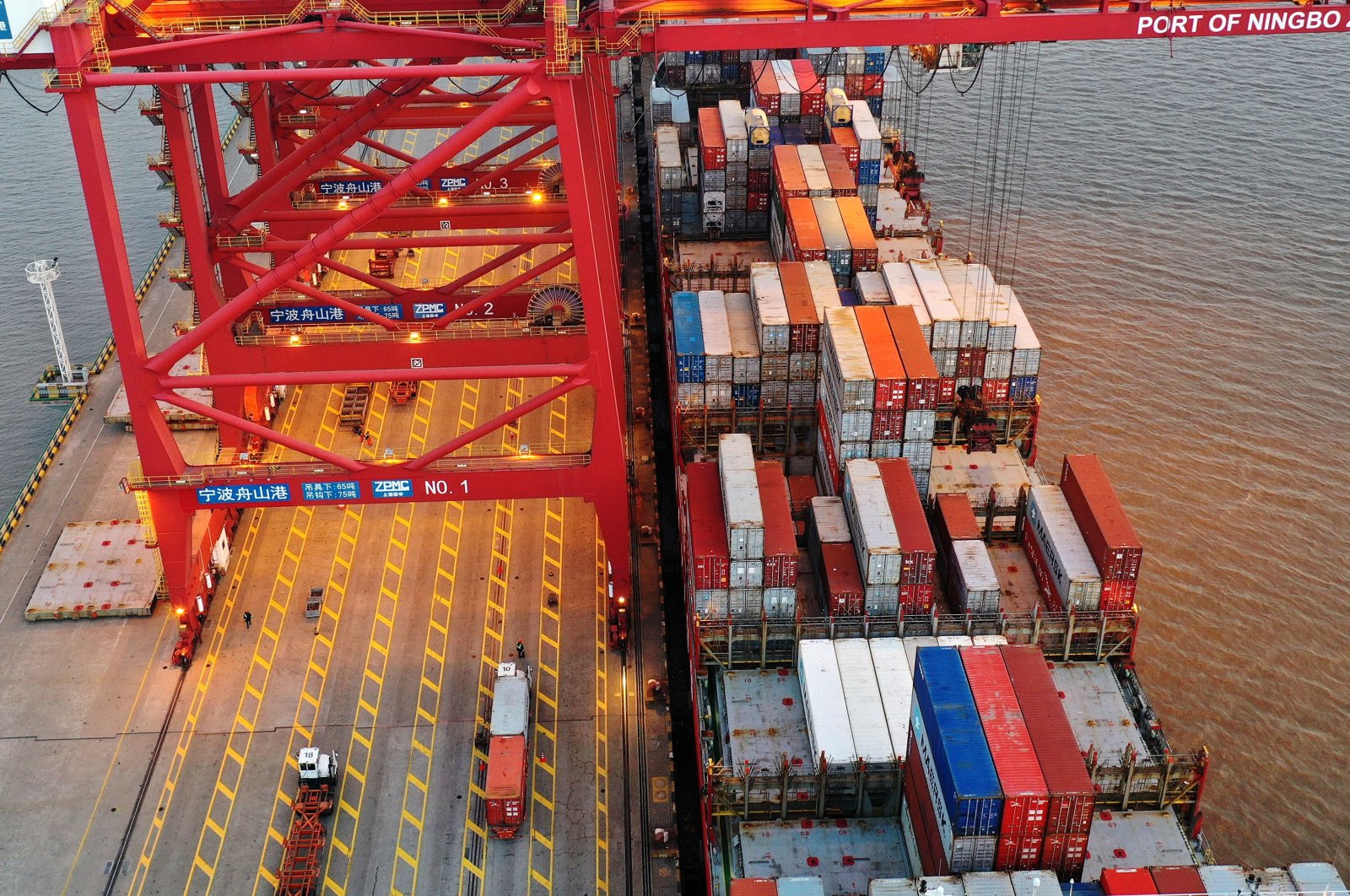 China's exports in February grew at a record level compared to a year earlier when the coronavirus pandemic hammered the world's second-biggest economy, with imports recording a softer increase, customs data showed Sunday.

Exports in U.S. dollar terms skyrocketed 154.9% in February compared with a year earlier, while imports gained 17.3%, the most since October 2018. The data did not include figures for January alone.

In the January-February period, exports jumped 60.6% from a year earlier, when lockdowns to contain the pandemic paralyzed the country's economic activity. That exceeded the forecast of analysts in a Reuters poll for a 38.9% surge.

Strong exports, which benefited from China's success in largely containing the public health crisis, have helped fuel the country's recovery from a pandemic-induced paralysis.

The surge was driven by a rebound in foreign demand, customs said in a statement on its website, citing improvements in manufacturing industries in the European Union and the United States, and their increased imports of Chinese products thanks to fiscal stimulus measures.

"In addition, a majority of manufacturing employees (in China) chose to stay put over the Lunar New Year holidays," the statement said. "Our survey showed a lot of firms in export-oriented provinces stayed open, and orders that usually only get delivered after the new year had been delivered normally."

Chinese factory activity usually goes dormant during the Lunar New Year break, which fell in the middle of February this year, as workers return to their hometowns. This year, the government appealed to workers to avoid traveling to curb the risk of a spread of the coronavirus.

In January-February, imports increased 22.2% from a year earlier, above the 15% forecast, partly due to stockpiling of semiconductors and energy products, according to customs.

China posted a trade surplus of $103.25 billion for the first two months. Analysts had expected the trade surplus to narrow to $60.15 billion from $78.17 billion in December.

In yuan terms, exports rose 50.1% in the two months from a year earlier, while imports gained 14.5%.

"Due to the impact of the new coronavirus, overall trade (in yuan terms) in January-February last year fell 9.7%, and the low base was one of the reasons for the larger increase this year," customs said. "But even when compared with normal years, such as the comparable periods in 2018 and 2019, growth in China's overall trade was around 20%."

China's economy expanded 2.3% last year, helped by solid demand for Chinese-made goods such as medical and work-from-home equipment, although the growth was its weakest in 44 years.

This year, China has set a modest growth target of at least 6%, planning a careful course out of a year disrupted by COVID-19 and amid heightened tensions with the United States.

China's trade surplus with the United States stood at $51.26 billion in January-February. Chinese customs did not give a monthly breakdown. The surplus was $29.92 billion in December.