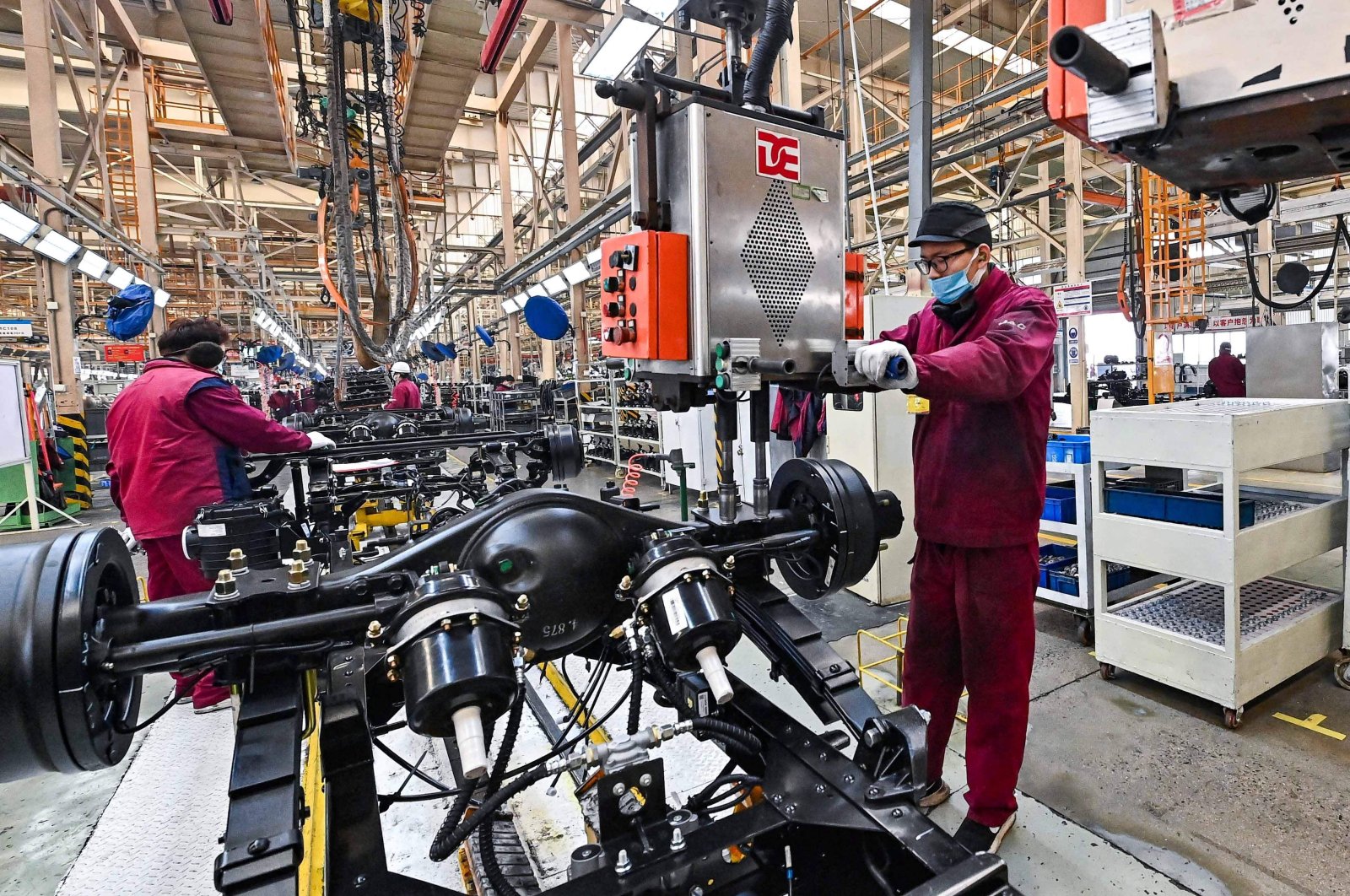 Beating expectations, China's factory and retail sector activity surged in the first two months of the year, as the economy consolidated its brisk recovery from the COVID-19-induced paralysis of early 2020.

While the impressive set of numbers released on Monday were heavily skewed by the very low base from last year's massive slump, analysts said they nonetheless showed China's strong rebound remained intact.

Industrial output rose 35.1% in the first two months from a year earlier, up from a 7.3% on-year uptick seen in December, data from the National Bureau of Statistics showed, stronger than a median forecast for a 30.0% surge in a Reuters poll of analysts.

Retail sales increased 33.8%, also faster than a forecast 32% rise and marking a significant jump from 4.6% growth in December and a 20.5% contraction for January-February of 2020.

"We have a positive outlook for exports and manufacturing investment this year," said Louis Kuijs, head of Asia economics and Oxford Economics. "And we expect household consumption to become a key driver of growth from Q2 onwards as confidence improves and the government’s call to reduce travel is toned down."

China's ability to contain the coronavirus pandemic before other major economies were able to do so has allowed it to rebound faster.

In 2020, it was the only major economy to report positive annual growth, with an expansion of 2.3%.

The recovery has been driven by robust trade, pent-up demand and government stimulus.

China’s economic activity is normally distorted in the first two months because of the week-long Lunar New Year holiday, which fell in February in 2021.

Despite the statistical noise in the latest data, other measures show a broad-based recovery with industrial output up 16.9% and retail sales growing 6.4% compared with the first two months of 2019.

However, Liu Aihua, an NBS spokesperson, warned that while positive factors for China's economy are increasing, the foundation for the recovery is not yet solid.

"COVID-19 is still spreading around the world and global economic conditions are complex and severe; domestically the imbalances of the recovery are still quite obvious," Liu told a briefing in Beijing.

The country saw scattered COVID-19 outbreaks reemerge earlier this year, but brought them under control by early February.

Surveyed urban unemployment reversed a steady decline and rose to 5.5% in February from 5.2% in December, indicating increasing pressure on China's job market.

While millions of workers normally travel home over the Lunar New Year holiday, many stayed put this year due to COVID-19 fears. That kept factories humming over the period, but it also had some impact on consumer spending.

Fixed asset investment increased 35% in the first two months from the same period a year earlier, slower than a forecast 40.0% jump. That compared with 2.9% on-year growth in 2020, and a 24.5% plunge in January-February last year.

Investment grew 3.5% compared with the first two months of 2019.

Private-sector fixed-asset investment, which makes up 60% of total investment, rose 36.4% in January-February, versus a 1.0% increase for the full year of 2020.

Beijing this month set a modest annual economic growth target, at above 6%, well below analysts' consensus forecast of more than 8% this year.

Chinese Premier Li Keqiang said last week the focus for growth this year is on consolidating the economic recovery.

However, he expects infrastructure to receive a boost from the still accommodative fiscal policy while exports are likely to maintain growth as the world economy opens.