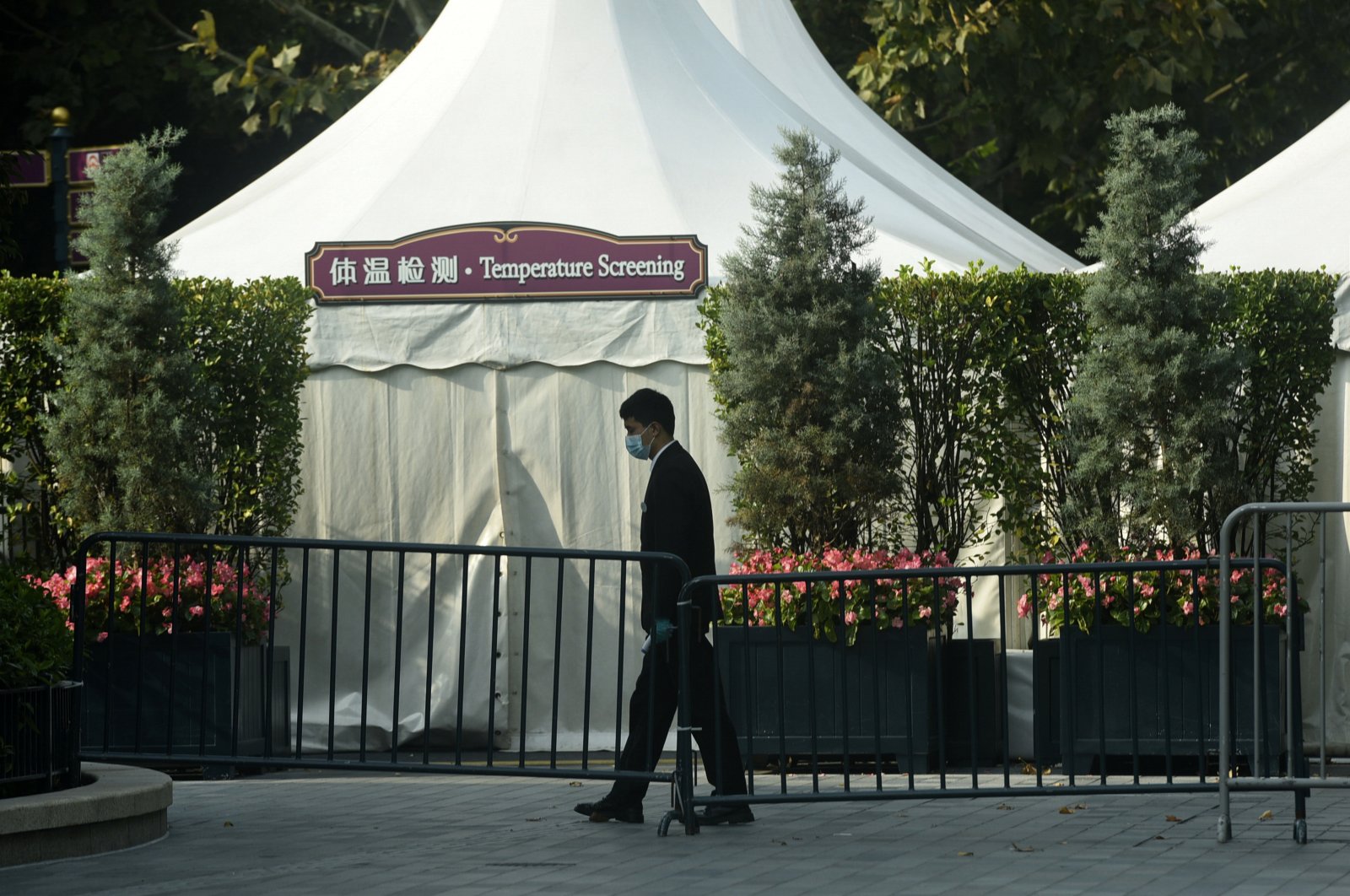 A worker wearing a face mask to help protect from the coronavirus walks by a closed temperature screening booth set up at the entrance gate to the Shanghai Disney Resort in Shanghai, China, Nov. 1, 2021. (AP Photo)
by REUTERS Nov 01, 2021 10:17 am
RECOMMENDED

Leisure and tourism businesses in China – a country with zero tolerance for COVID-19 – are feeling the bite of this policy as cities with infections or concerned about the virus risk close entertainment venues, restrict tourism or delay cultural events.

Shanghai Disneyland stopped admitting visitors on Monday and Tuesday, and required patrons and staffers present in the theme park on Oct. 30-31 to undergo COVID-19 tests immediately, according to state media.

The measures are part of the city's cooperation with a COVID-19 investigation requested by authorities from outside Shanghai, according to state television, without providing further details.

A total of 484 domestically transmitted cases with confirmed symptoms were reported on Oct. 17-31, mostly in the north of China, Reuters calculations based on official data showed Monday.

Many of the infections have been tourists who traveled across multiple regions, complicating and prolonging contact-tracing efforts.

While the caseload remains miniscule compared with clusters outside China, and the rise in local infections in some regions has started to slow or even stopped in recent days, China is sparing no effort in minimizing transmission risks, even at the cost of disrupting businesses and local economies.

China's three biggest airlines on Friday posted deeper losses for July-September than in the previous quarter as a resurgence of local COVID-19 cases over the summer drove a sharp decline in domestic travel.

Last month, the national tourism authority announced the suspension of travel agencies from organizing inter-province trips that involve provincial regions with areas deemed to be at higher risk of the virus, and halted dedicated train services linking tourist attractions.

Many cities with local infections, including the capital Beijing, have halted some indoor leisure venues such as internet cafes, chess and card parlors, as well as cinemas, while a number of marathon races, concerts and theatrical performances have been delayed or canceled.

Cultural and leisure businesses in some cities that have not detected local cases for a few months are also affected.

In Dongguan, an international exhibition center has suspended the hosting of various events, even though no cases have been reported in the southern city from the latest outbreak.

Shares of China's consumption- and tourism-related companies were down in early trade on Monday. The consumer staples sub-index slipped 1.5%, while the tourism sub-index retreated by more than 4%.