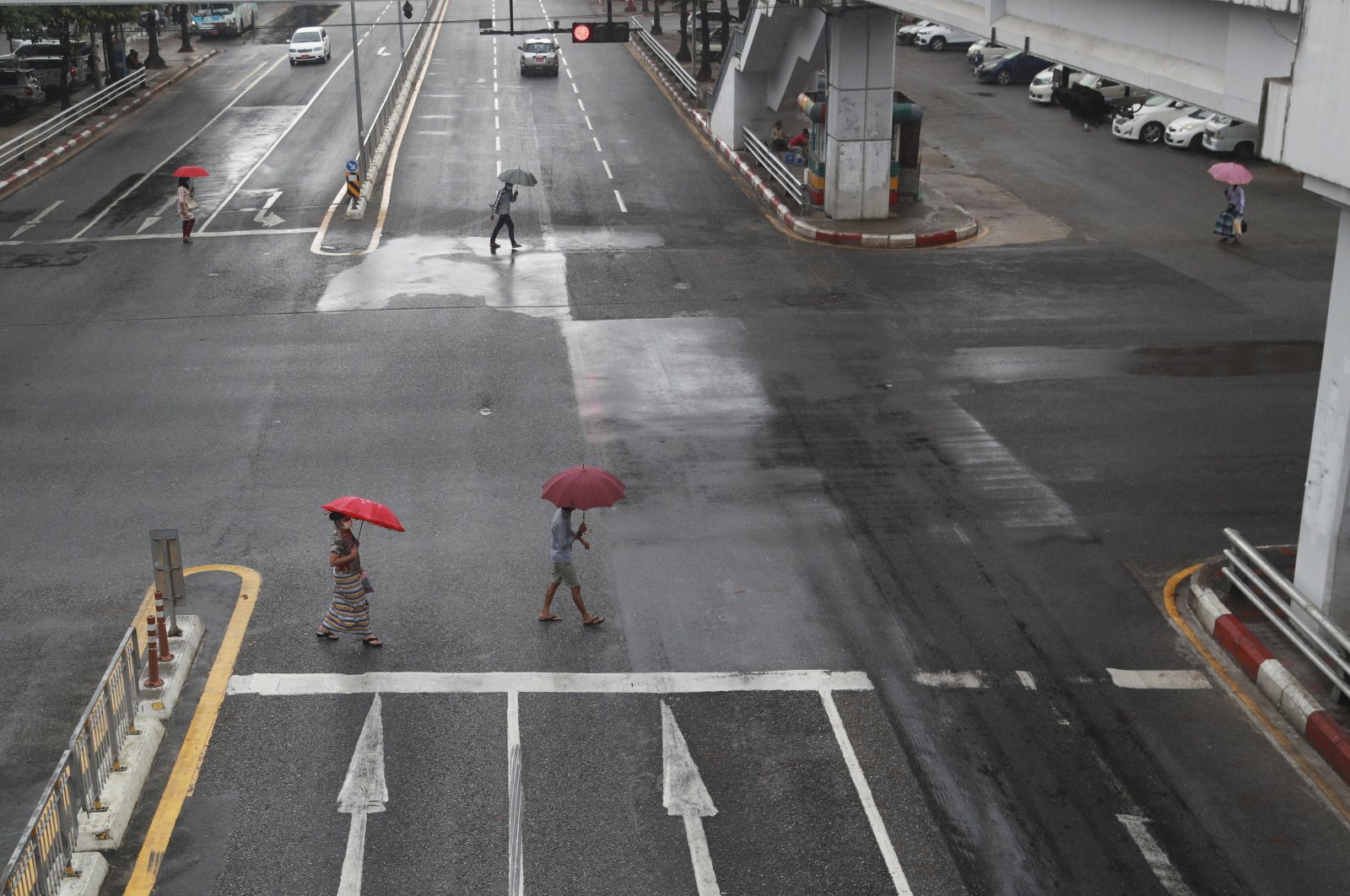 Pedestrians wearing face masks use umbrellas to protect themselves from the rain as they cross a road in downtown Yangon, Myanmar, July 19, 2021. (AP Photo)
by French Press Agency - AFP Jul 26, 2021 10:59 am
RECOMMENDED

The World Bank foresees that Myanmar, which has been engulfed with massive unrest following a military coup, to see its economy contracting by 18% in 2021, with the effect of both recent developments and the resurgent COVID-19 pandemic.

The country has been in turmoil since the military took power in February and launched a bloody crackdown on dissent that has killed more than 900 people according to a local monitoring group. A mass civil disobedience movement has also paralyzed the economy, with many banks shuttered and authorities unable to issue bills or collect taxes.

Already weakened by the coronavirus pandemic, the economy is "expected to contract 18%" in the Myanmar fiscal year ending in September, the lender said Monday. Shutdowns, strikes and internet blackouts have reduced liquidity and constrained the banking sector, it said, with the local kyat currency depreciating by around 23% against the United States dollar.

The contraction would mean Myanmar's economy is "around 30% smaller than it would have been in the absence of COVID-19 and the military takeover," it said.

The proportion of the country's population living in poverty was "also likely to more than double" by the beginning of 2022 compared with 2019 levels, it added.

Investors piled into Myanmar after the military relaxed its iron grip in 2011, paving the way for democratic reforms and economic liberalization in the country of more than 50 million people.

Since the putsch, several foreign investors have suspended operations or pulled out completely. Norwegian telecoms giant Telenor announced earlier this month it was selling its Myanmar subsidiary, which is one of the leading operators in the country, with 18 million mobile phone customers.

The junta has justified its power grab as a means of protecting democracy, alleging electoral fraud in November's election, won by Aung San Suu Kyi's National League for Democracy.