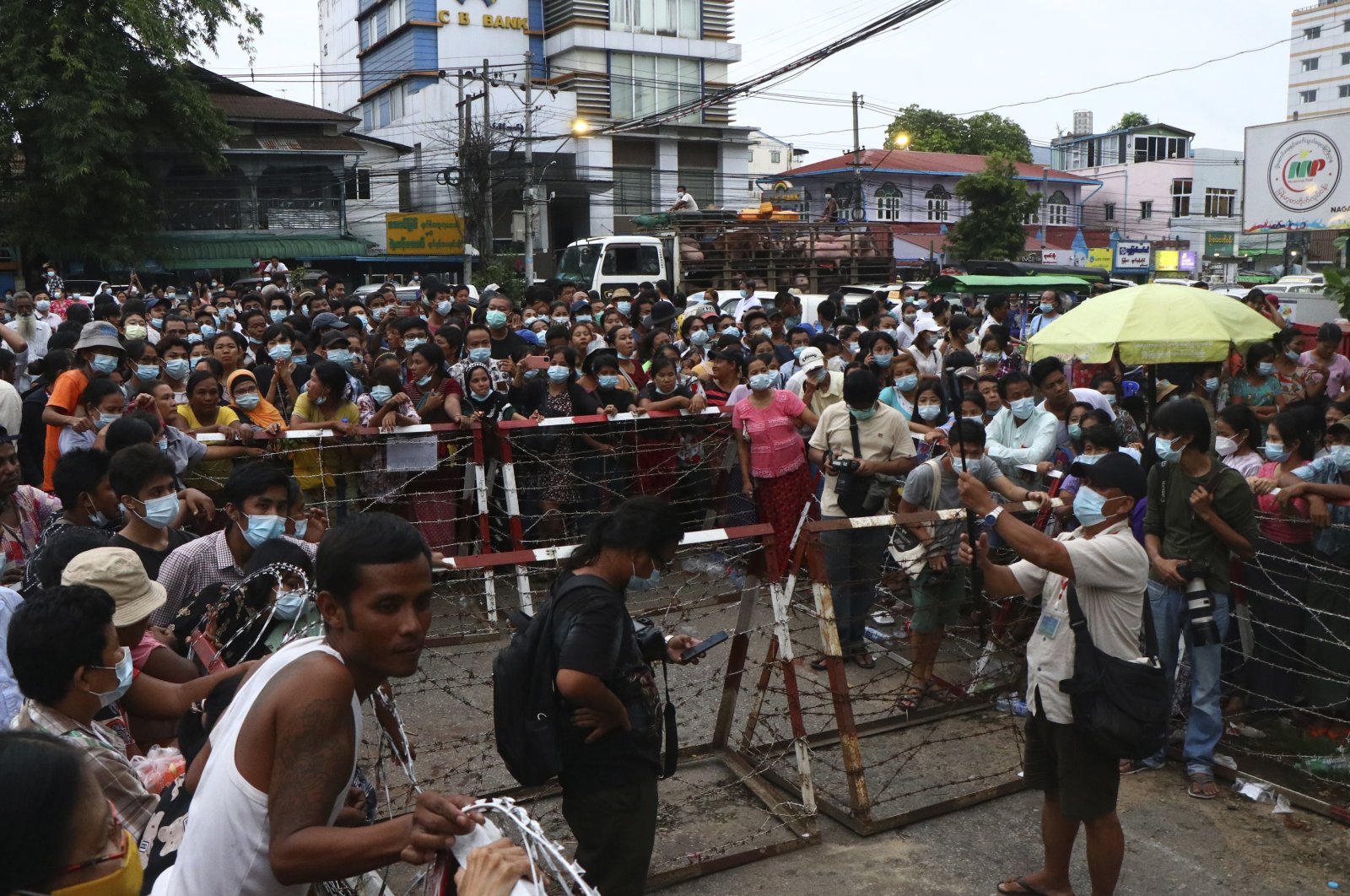 Myanmar's military junta government began releasing about 2,300 prisoners Wednesday, including activists who were detained for protesting against the military's seizure of power in February and journalists who reported on the protests, officials said.

Buses took prisoners out of Yangon’s Insein Prison, where friends and families of detainees had waited since morning for the announced releases. It is standard practice to take freed prisoners to the police stations where they were originally booked to complete the processing for their freedom.

Zaw Zaw, head of the Yangon Region’s Prison Department, confirmed that more than 720 people were released from the prison, which for decades has been the main facility for political prisoners. It appeared that not all activists and journalists had been freed.

Deputy Information Minister Maj. Gen. Zaw Min Tun earlier said that about 2,300 prisoners would be released nationwide. He told China’s Xinhua News Agency that the released detainees were "those are who took part in the protests but did not take part in the violence, who did not commit crimes and did not lead the riots.”

Most political prisoners are held on a catch-all charge of inciting disorder and public unease or seeking to disrupt the work of civil servants and members of the military. Depending upon the exact offense, such charges carry a maximum prison term of two or three years.

The Assistance Association for Political Prisoners (AAPP) said Tuesday that 5,224 people were in detention in connection with the protests. The group keeps detailed tallies of arrests and casualties linked to the nation’s political conflicts. There was no reason given for the timing of the releases.

Myanmar is facing a surge in COVID-19 cases, with 1,312 new infections reported Tuesday, bringing the total number of confirmed cases to 155,697. Crowded conditions make prisons high-risk areas for the virus, though there was no official word if that threat played a part in the releases. The political turmoil has made the country’s health care system largely dysfunctional, severely limiting COVID-19 testing and reporting until about a month ago, when the number of confirmed cases shot up rapidly.

The military government is also eager to cultivate goodwill among the public, a large part of which is hostile to it. On Tuesday it announced that it was dropping charges against about two dozen celebrities who had taken a role in the protests. The government would also like to soften its international image.

The United Nations General Assembly on June 18 passed a resolution calling for an arms embargo against the Southeast Asian nation and condemning the military’s seizure of power. Several Western nations have already implemented diplomatic and economic sanctions.