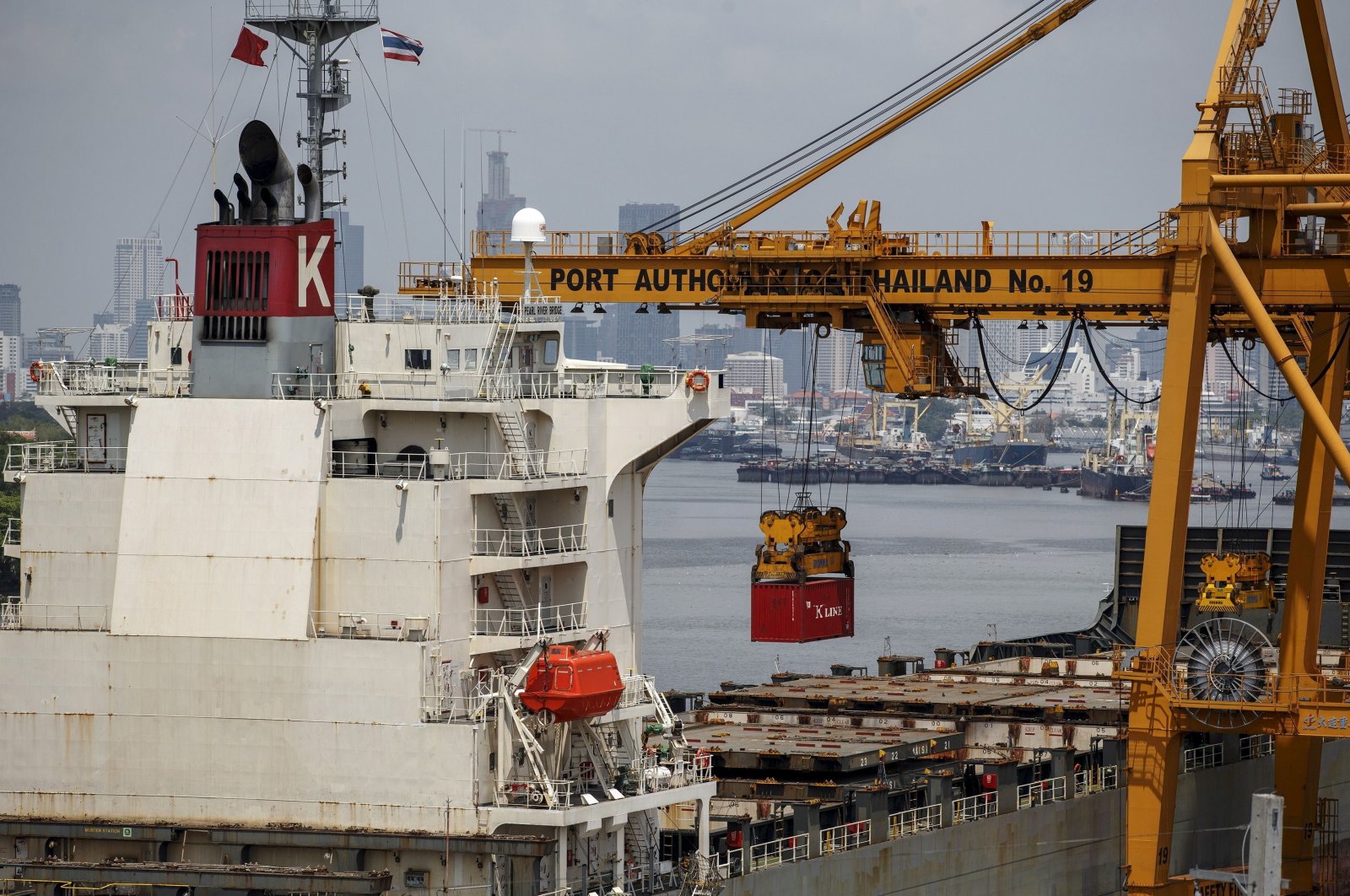 A series of COVID-19 cases in some of Thailand’s factories is raising concerns that the export sector could be hit hard, subsequently stalling the country’s economy already struggling to recover from the pandemic's crippling blow to the crucial tourism industry.

The virus has swept through over 130 factories, including those supplying international brands, with more than 7,100 cases across 11 provinces, making manufacturing one of the top sources of infections along with prisons and construction camps.

The affected plants are just a fraction of about 63,000 factories in Thailand that employ 3.4 million, government data shows, but officials worry about the impact on exports that have kept the struggling economy moving as income from tourism has collapsed.

In 2020, exports accounted for 45% of gross domestic product (GDP). The tourism-reliant economy, a global trade hub, suffered a steep 6.1% contraction last year, and last month the government trimmed GDP growth forecast for this year to 1.5%-2.5% from 2.5%-3.5% previously.

Electronics, rubber gloves and food are among the export sectors hit by infections, Federation of Thai Industries Vice Chairperson Kriengkrai Thiennukul told Reuters, but he said it was too early to assess the overall impact.

“If it continues the damage will increase so factories have to be fully vaccinated,” he said.

Already, some of the manufacturers affected by the outbreak have had to curtail production.

Charoen Pokphand Foods Pcl, which exports to 40 countries from Thailand, said a factory that was closed due to infections accounted for 10% of broiler chicken production.

Some factories continued partial operations, while others have temporarily closed and quarantined their workers. The outbreak has sent industry sentiment tumbling to an 11-month low.

Thailand has recorded a total of 199,264 COVID-19 infections and 1,466 deaths so far, with over 80% of the new cases and 90% of the fatalities reported after April. As of now, only 1.6 million people out of a population of over 66 million have been fully vaccinated.

The government has been trying to contain the outbreak with a "bubble and seal" policy, which takes effect when 10% of factory workers are infected. The confirmed cases are then sent for treatment while the remainder is kept at the factory for 28 days.

Workers at factories and in construction camps who live on site – many of them low-wage migrant workers – have been unable to leave their workplace, even if they are not infected. The policy differs from other workplaces affected by the coronavirus.

Suthasinee said that companies should improve conditions, give more space for social distancing and increase training for workers so those who were healthy could avoid infection and move freely.

The Industry Ministry has given factories until the end of June to upgrade conditions, including providing mandatory face masks and administering temperature checks.

A government official defended the bubble and seal policy, saying it allows businesses to continue operations and limits the outbreak.

“Those with symptoms will be sent for treatment, others will be in the bubble, if it spreads it will spread in there and not outside," health official Taweesap Siraprapasiri told Reuters.

"This limits the outbreak and allows business to continue."