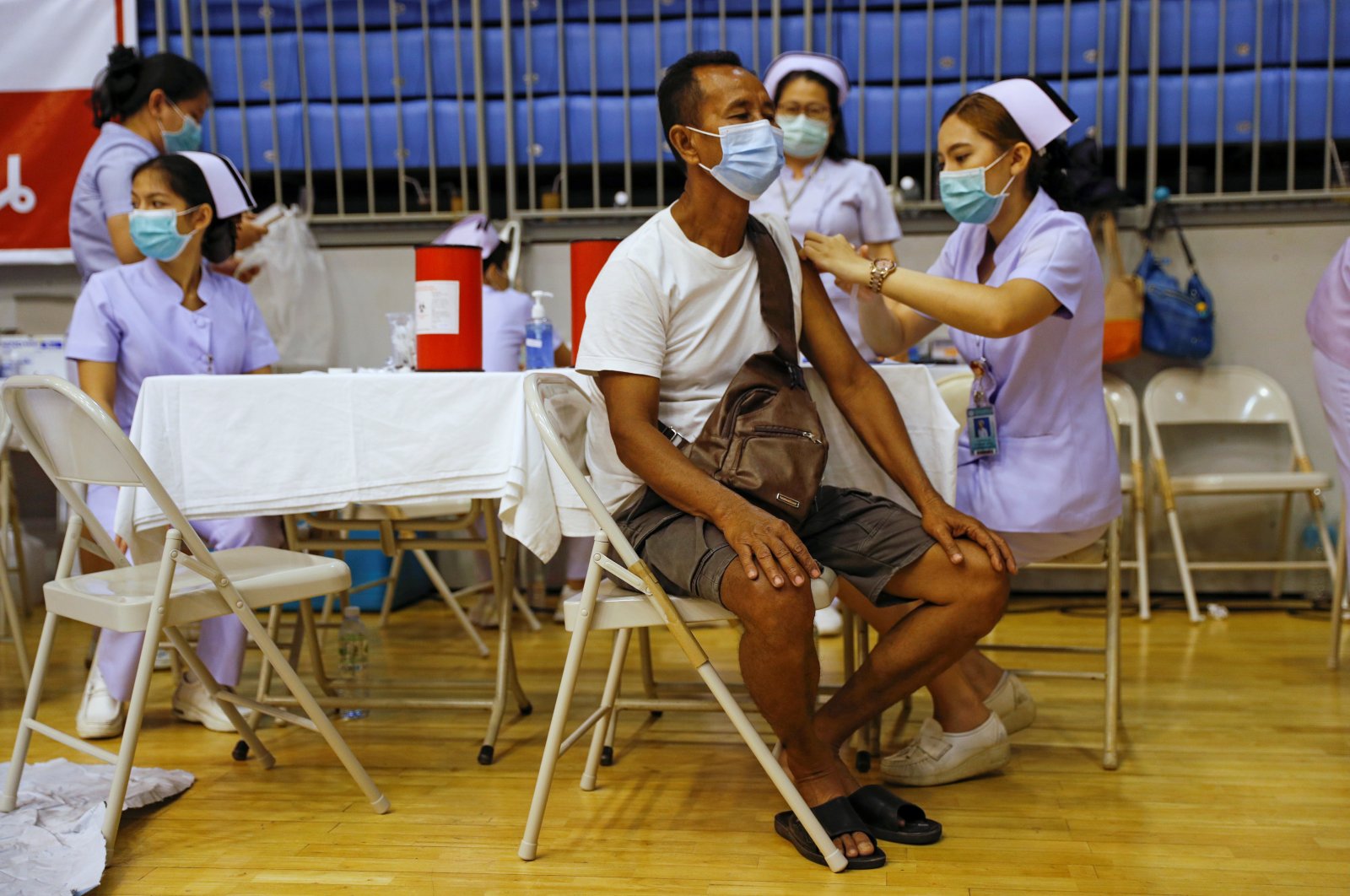 A man receives the Sinovac COVID-19 vaccine as the Thai resort island of Phuket rushes to vaccinate its population amid the coronavirus outbreak, and ahead of a July 1 ending of strict quarantine for overseas visitors, to bring back tourism revenue in Phuket, Thailand, April 1, 2021. (Reuters Photo)
by REUTERS Apr 05, 2021 12:34 pm
RECOMMENDED

Thailand’s most popular resort island Phuket has embarked on a mass COVID-19 vaccination program two months ahead of the rest of the country, as they try to secure their share of the world’s tourism that the economy heavily depends on.

The island of Phuket aims to deliver shots to at least 460,000 people – most of its population – as it gears up for July 1, when vaccinated overseas visitors will no longer be required to quarantine.

Phuket also has its own international airport and tourists would be able to roam the island freely without posing any coronavirus risk to the rest of Thailand's population.

"If we can build immunity for 70%-80% of the population on the island, we can receive foreign tourists who have been vaccinated without the need for quarantine," Phuket's Vice Governor Piyapong Choowong told Reuters.

While medical workers, members of the Cabinet and the elderly were the first to be vaccinated, Thailand's decision to prioritize Phuket over other parts of the country underscores the central role of tourism in the economy.

Spending by foreign tourists accounted for 11%-12% of GDP pre-pandemic and the sector has been devastated by the virus with 1.45 million jobs lost since last year.

Just 6.7 million foreign tourists visited Thailand in 2020, spending some $11 billion. That compares with nearly 40 million in 2019, when they spent $61 billion.

The government wants to see at least 100,000 tourists come to Phuket in the third quarter. It also hopes that as vaccinations worldwide progress it will see a spike in demand in the fourth quarter and that nationwide some 6.5 million visitors will have spent 350 billion baht ($11 billion) by the end of the year.

"It's a challenge. But that will contribute to GDP to some extent," said Tourism Authority of Thailand Governor Yuthasak Supasorn.

"We don't expect tourists will come in like a broken dam but we hope to have quality visitors with high spending."

Visitors from Europe, the United Arab Emirates (UAE) and the United States are expected to return first, Yuthasak said.

Strict 14-day quarantine requirements for overseas visitors have helped Thailand limit coronavirus infections to around 29,100 cases and 95 deaths but have proven to be too great a hurdle for most tourists.

Programs to attract long-term tourists who test negative for the coronavirus have largely flopped, even with creative measures such as quarantine at golf resorts.

Songklod Wongchai, an analyst at Finansia Syrus, believes Thailand could see a quick rebound in tourism, citing the example of the Maldives which has seen hotel occupancy rates bounce back to 70%-80% despite cases of the virus.

"Pent-up demand may come back faster than expected. I think the Land of Smiles will start smiling again," he said.