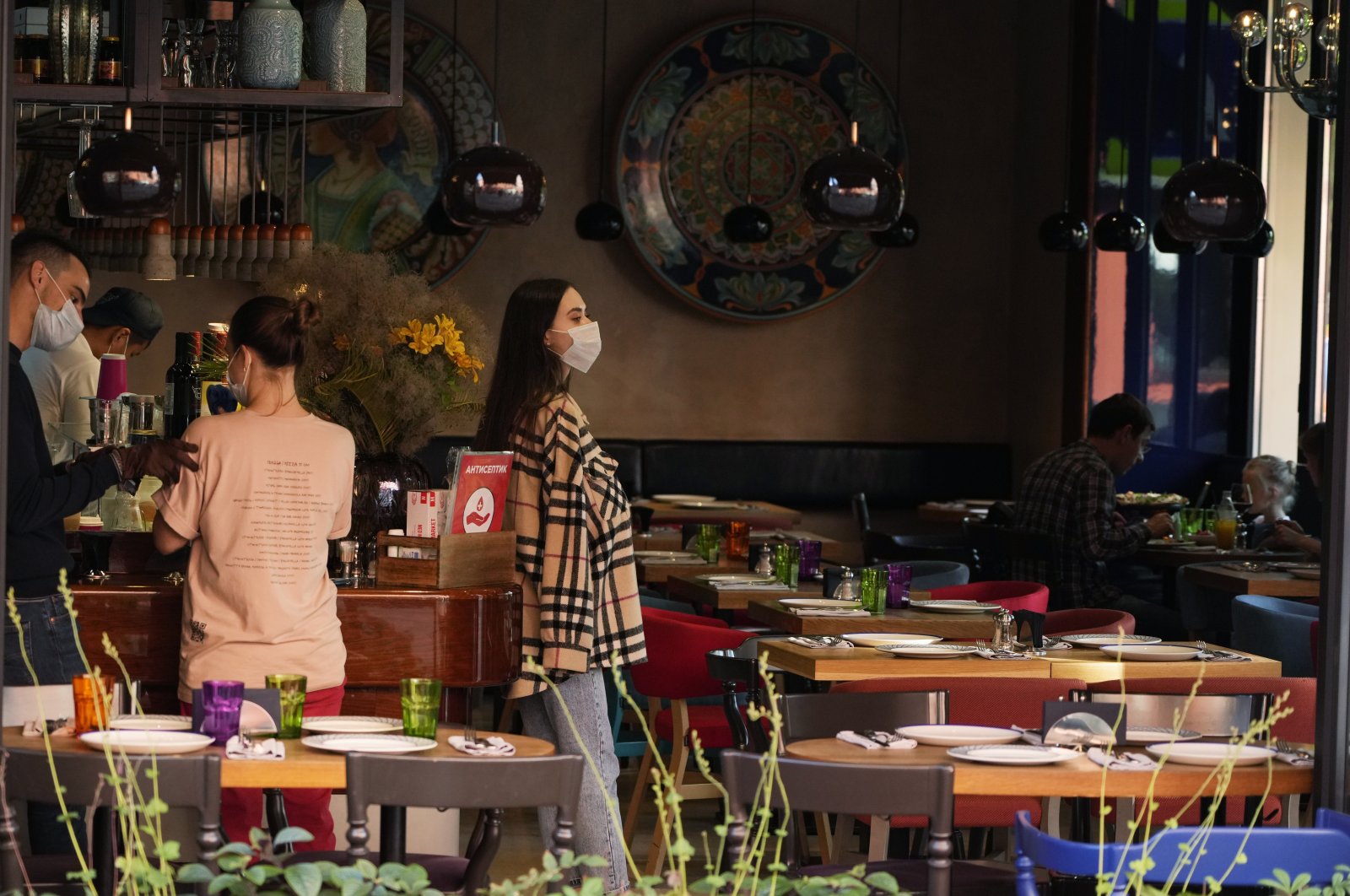 Russia's economy has been recovering robustly in the past few months, a boon for authorities ahead of elections, but an abrupt surge in COVID-19 cases and the need to raise interest rates to combat inflation are challenging further growth.

After shrinking 3% in 2020, its sharpest contraction in 11 years, the Russian economy was on the mend thanks to a rebound in consumer demand and high prices for oil, its key export, prompting a series of upgrades to its economic outlook.

The central bank expects the economy to grow 3-4% this year, despite its three rate increases aimed at reining in stubbornly high inflation. But an expected fourth rate hike, to at least 6% in July, and prospects of even more expensive lending could take its toll on business activity.

The economy reached its pre-pandemic level by the middle of this year when Russia took a hit from a new surge in COVID-19 cases blamed on the new highly infectious delta variant.

"The foundations are in place for the recovery to continue in Q3, but the latest virus wave and the possibility of a further tightening of containment measures pose a key threat," Capital Economics research firm said in a note. Having offered free vaccination in late 2020 and nearly returned to normal life in 2021, with cafes and gyms open as usual and many people working from offices, Moscow reported a record 9,120 daily increase in COVID-19 cases June 19.

The city of more than 12 million people responded with mandatory vaccination for a wide group of citizens. This model was adopted by other regions that also imposed wider restrictions, sparking wide public discontent ahead of the September parliament elections.

In the second quarter of 2020, when lockdowns and other COVID-19 restrictions were in place, real disposable incomes in Russia plunged by the most in 20 years and the economy shrank 9.6%.

The capital city also launched a QR-code system, where customers of cafes and restaurants need to present a QR-code showing they have been vaccinated, had an infection indicating immunity or have recently tested negative before being served.

On the day QR-codes went operational, an Italian cafe in central Moscow saw only one client with a code while other orders were for delivery, with revenues falling to around a sixth of previous levels, the cafe's manager Olga told Reuters.

While queues for vaccination centers across Russia have increased recently, many people are looking for ways to avoid the shot.

Larisa, 49, who sells shoes at a shopping mall in a Moscow suburb, said she was afraid of the vaccination because of kidney problems. At first, she decided to buy a fake vaccination certificate but after authorities threatened to punish this with jail terms, she decided to quit her job.

"A combination of high inflation, tight monetary and fiscal policies, amid the worsening epidemiological situation, persistently high geopolitical risks and the threat of increased risk aversion could choke off the economic recovery in 2H21, especially in the consumer segment," BCS Brokerage said.