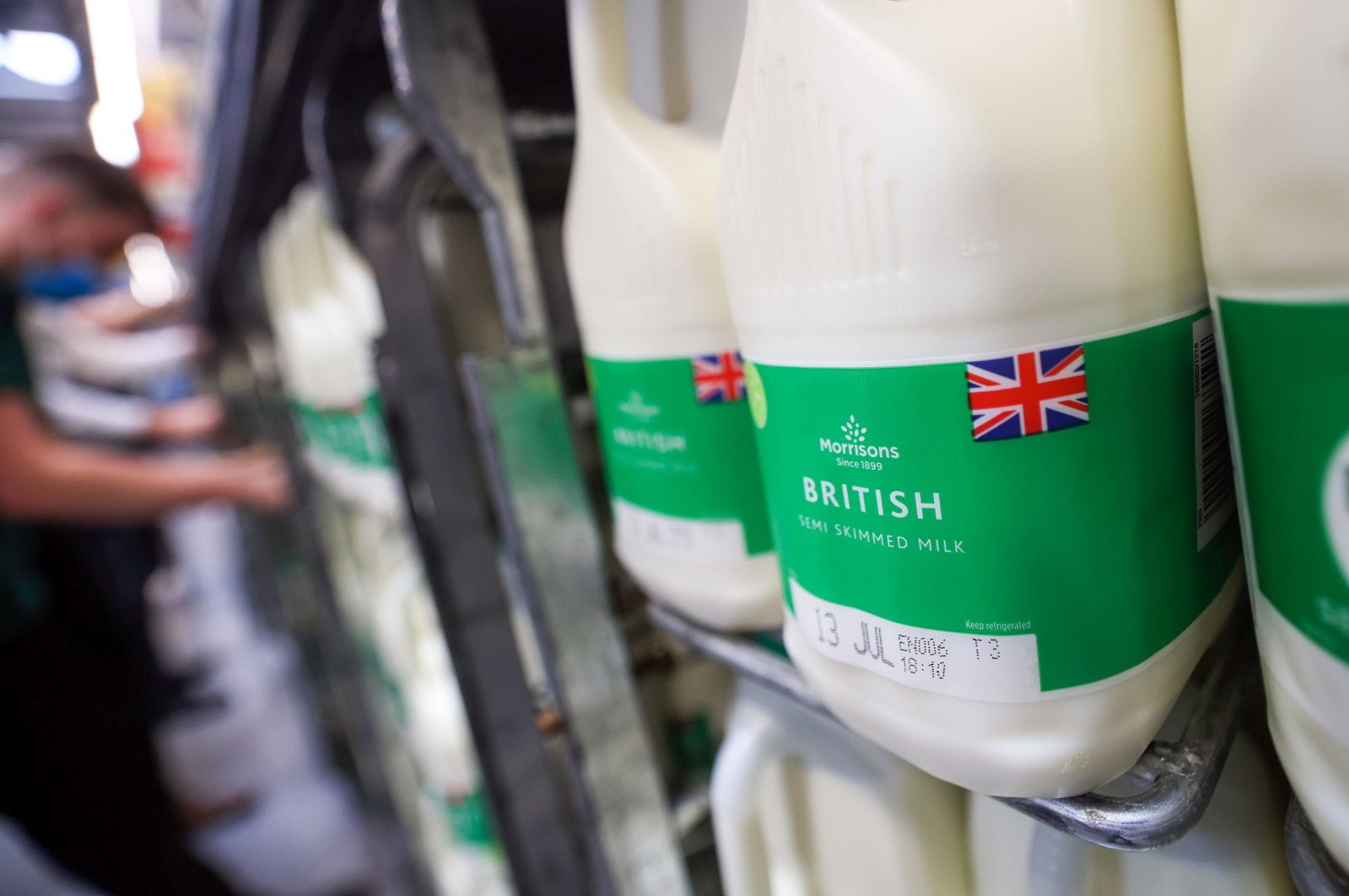 Thousands of liters of milk goes down the drain as some British dairy farmers face rising costs, labor shortages and an acute deficit of truck drivers which has strained supply chains to breaking point, farmers said.

A post-Brexit shortage of workers exacerbated by the global strains of the COVID-19 crisis has sown chaos through supply chains for everything from fuel and pork to poultry and bottled water, raising concerns growth could be crimped.

One fourth-generation dairy farmer who owns a Holstein Friesian herd in central England was forced to dump 40,000 liters of milk in the past two months when no driver turned up to collect it.

"It's cutting, it's emotionally draining when you're producing milk and at the end of the day you have to pull the plug and it has to go," said the farmer, who asked not to be named due to concerns about the impact of negative publicity on contractors.

The farmer was forced to destroy four milk loads in the past two months due to shortages though in an entire career of 45 years he can remember doing it only two or three times before – and then due to bad weather.

The United Kingdom produced 15.3 billion liters of milk last year so supplies are not yet threatened, though the destruction of milk shows the extent of the labor problems which are straining supply chains across the land.

Razor-thin margins and the perishable nature of milk mean supply shocks are quickly felt by dairy farmers, according to Peter Alvis, chairperson of the Royal Association of British Dairy Farmers, the industry body which lobbies for farmer interests.

"I don't think things with global supply chains have settled down again after the pandemic, and the shortage of HGV drivers is having quite a large impact," he said.

Alvis said milk wastage was so far limited to a few incidents, though precise data is hard to come by.

In an indication of the pressures on the dairy industry, many farmers have had to turn to distressed milk services, small companies set up to buy milk at lower prices and transport it to other outlets in an effort to stop it from being dumped.

Rob Huntbatch, 38, rescues milk for half its normal price and turns it into curd, and typically has two hours from when a farmer calls him to pick up the milk before it is dumped.

"This is only the tip of the iceberg," Huntbatch said. "I think it will get worse – in wintertime, if there’s snow, drivers get slowed down, and it’s going to make even more of an impact."

The uncertainties around milk transport are combining with skyrocketing costs for farmers. Fertilizer used to grow feed for the cows, has spiked in price along with natural gas prices, and electricity prices are also jumping.

Henry Bloxham, a 61-year old Staffordshire dairy farmer who owns 250 cows, says his fertilizer prices have risen by 150% in three weeks and fuel increased by 10 pence a liter in the last week alone.

If costs continue at current levels, he says he will consider leaving the industry by next April.

"If we have to keep paying these costs, you will see a mass exodus of dairy farmers next summer,” he said.