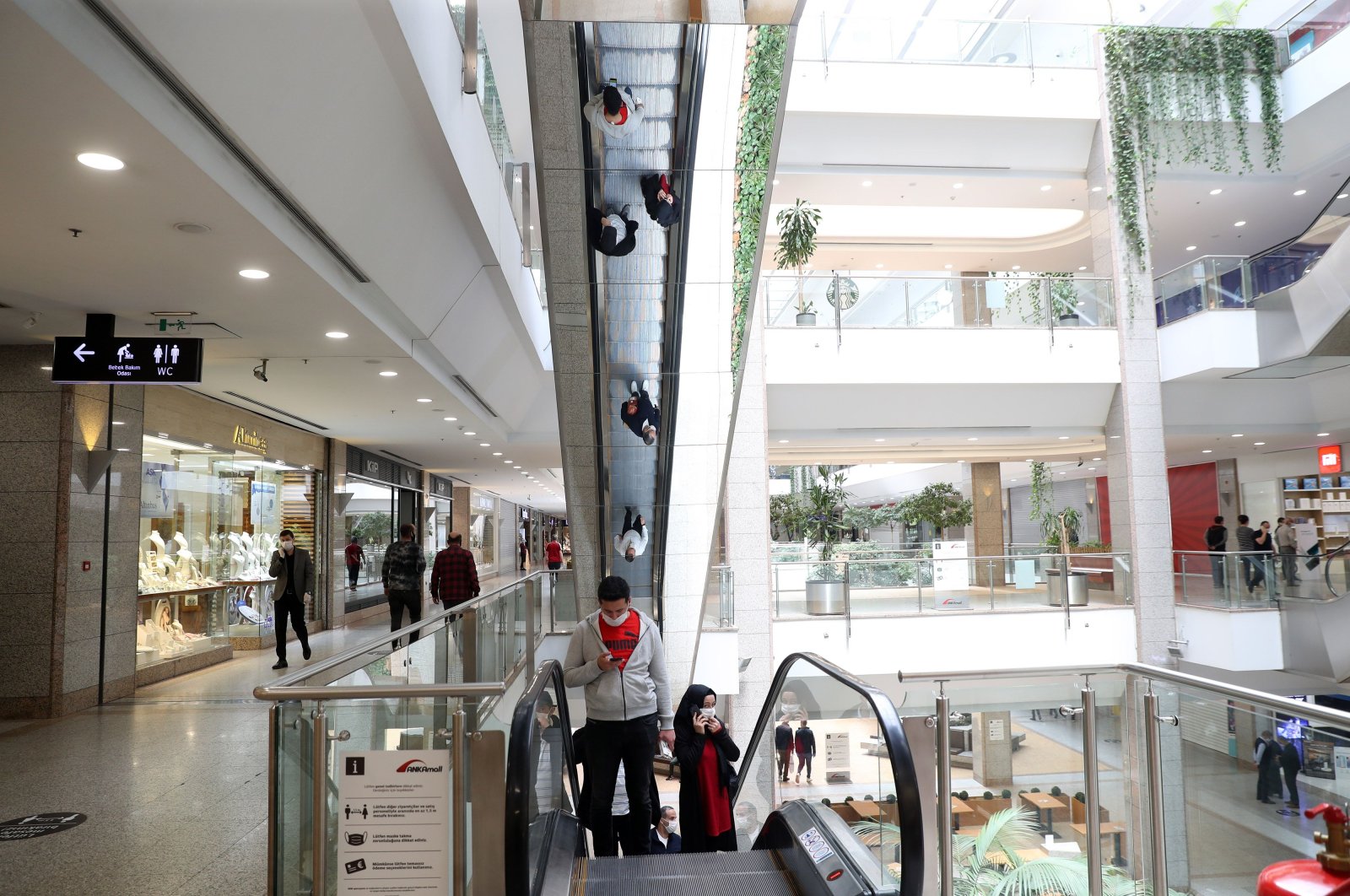 The “Sunday” debate in the Turkish retail industry has reignited as tradespeople reiterated calls for shopping malls and grocery store chains to remain closed on the last day of the week.

Shopkeepers, craftsmen and small businesses want the matter to be included in the retail draft regulation, citing Europe as an example. Shopping mall management, however, vows that employment would be affected by the move.

The demand reemerged as the country has been imposing lockdowns on weekends and nighttime curfews on weekdays. Ankara is considering lifting some restrictions as of this week.

Businesses have been disrupted for nearly four months and are limited to only serving takeout. The working hours have been limited in line with measures that Ankara reimposed at the end of last year to curb rising COVID-19 cases.

The legislation on the regulation of retail trade is expected to be submitted to the Parliament soon, according to a report by Turkish Milliyet daily. The government has been taking the industry’s opinion for the draw regulation.

A report last month also suggested that grocery store chains in Turkey would be forbidden from selling several items, including tobacco and electronic goods, and will also be required to open later on Sundays in order to protect small tradespeople.

The chain stores will not be able to sell tobacco products, furniture, smartphones, electronics and white appliances, according to the Trade Ministry draft regulation.

Turkish Tradesman and Craftsman (TESK) Chairperson Bendevi Palandöken recently said that they want arrangements to be made to protect tradespeople in the new draft law.

“Shopping malls and chain stores in most European countries close on Saturday afternoon and remain closed through Monday. We want this model, which we had already raised before, to be implemented,” Palandöken said.

Otherwise, he said, small businesses will have difficulties in surviving. There are 2.25 million businesses in Turkey, he added.

“We want the rule that keeps not only shopping malls but also chain stores closed on Sunday in the new draft law,” Palandöken noted.

“Small- and medium-sized enterprises (SMEs) also want this decision to be taken. All of them complain about shopping malls and chain stores.”

Palandöken stressed that the chain stores should not be allowed to sell everything, which he said is causing unfair competition.

“Price and market control are in their hands,” he claimed.

The TESK head said that people have got used to malls being closed over the weekend during the pandemic. “And mall employees can also rest on Sunday,” he noted.

On the other hand, Turkey Retailers Federation (TPF) Chairperson Ömer Düzgün says it is not easy to close malls during this period.

“Especially at a time so affected by the pandemic,” Düzgün stressed.

He said only a decision that would keep food retail closed on Sunday could be made. “We have been asked for an opinion, and we stated our view.”

Such a decision will mean putting a lock on the door of malls, according to Shopping Center Investors Association (AYD) Chairperson Hüseyin Altaş.

“The malls are already experiencing a 40% loss due to weekend restrictions,” Altaş said. “And if they remain closed on Sunday after the pandemic, the shopping malls will never recover.”

Altaş said there has been such application in Europe for years but noted that investors make investments accordingly.

“Investments in Turkey were made according to the existing order. Investors would face difficulties with such a decision. Also, such a decision would result in a loss of employment. Everyone would go down the path of reducing staff,” Altaş noted.

“European countries with this practice are preparing to take a step back.”