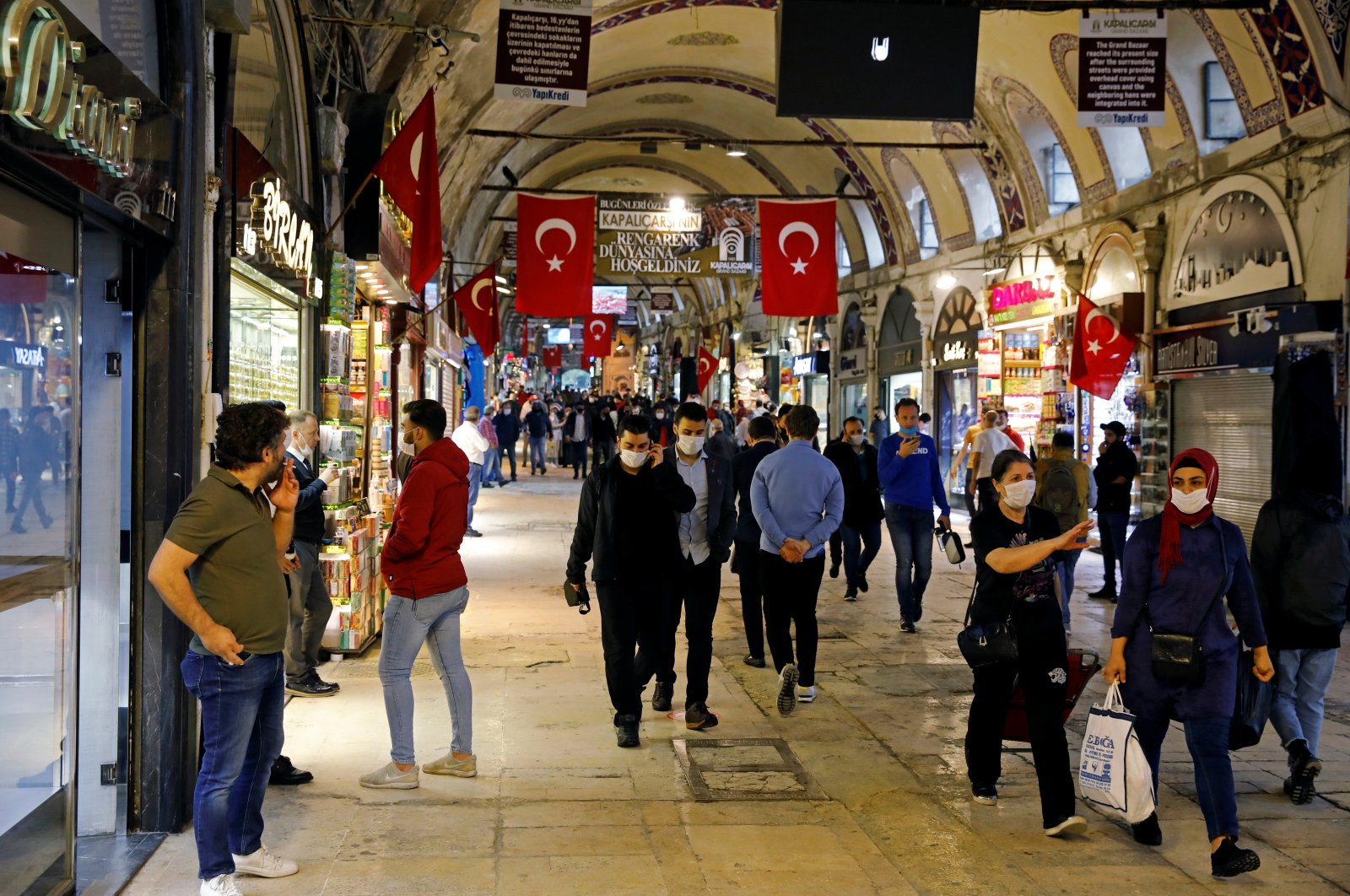 The index was up from 88.5 in September, the Turkish Statistical Institute (TurkStat) said.

Economic activity declined sharply in March and April, when the index hit a low of 51.3 points, as Ankara implemented measures to slow the virus spread. Measures were gradually eased in May and mostly lifted in June.

Treasury and Finance Minister Berat Albayrak tweeted Wednesday that despite the people who try to paint a picture of Turkey as "bankrupt," confidence in the country’s economy is rising.

The index, which points to an optimistic outlook when above 100 and pessimistic when below, last stood above 100 points in March 2018.

Among subindices, the services and real sector indices posted the highest month-on-month increases in October with 6.4% and 3.8%, respectively.

Retail trade indices rose by 1.7% and the construction index was up by 0.6% during the month, while only the consumer confidence index saw a small drop of 0.1%.

The consumer confidence index, calculated from the survey results, is evaluated within a range of 0-200, indicating an optimistic outlook when the index is above 100 and a pessimistic one when it is below.

The economic confidence index was 93.6 in the same month last year and had been around the 90-100 level until March 2020 when the effects of the pandemic began being felt worldwide.

The credit expansion that emerged as the Central Bank of the Republic of Turkey (CBRT) continued to cut the interest rates until August, accumulated inventory on the manufacturing side of the industry turning into production and their transfer to the export side had an effect on the rise in the index, Demirkol told Anadolu Agency (AA).

“We need to look at export orders in the next period. We could see a continuation of the rises, albeit moderate, in the economic confidence index especially in case there be no contraction in the eurozone,” he added.

Demirkol added that if Turkey manages the pandemic well and continues its exports- and production-oriented growth, the future data may be even better.