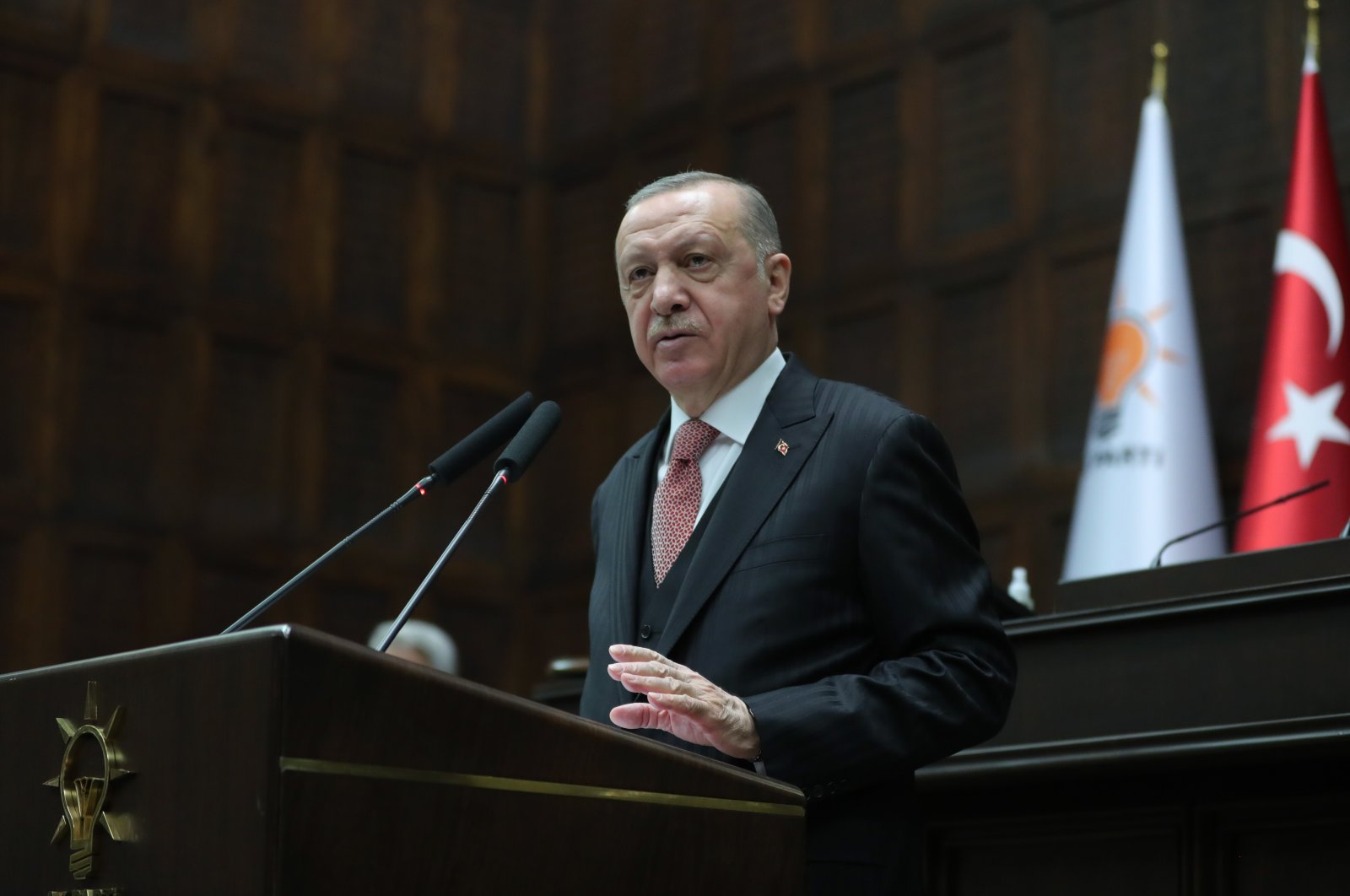 President Recep Tayyip Erdoğan on Wednesday once again slammed a campaign by the main opposition party over the sale of some $128 billion (TL 1.05 trillion) in the central bank’s foreign currency reserves over the past two years, stressing that the opposition was “wrong from head to toe.”

Erdoğan went as far as to call the political campaign “outright treason against the people of Turkey.”

Republican People’s Party (CHP) lawmakers in recent weeks have questioned the $128.3 billion of the Central Bank of the Republic of Turkey (CBRT) reserves they say was sold via state banks in 2019 and 2020, a period overseen by former Treasury and Finance Minister Berat Albayrak, as well as how the sales were managed.

“We carried out a battle...against the triangle of evil of interest rates-exchange rates-inflation in the economy,” Erdoğan told a parliamentary group meeting of his ruling Justice and Development Party (AK Party) in the capital Ankara.

“Neither the figure, nor the meaning attached to that figure and the campaign being run over that figure are correct,” he said. “They are wrong from head to toe, utter ignorance.”

Erdoğan himself has defended Albayrak’s policies, saying they helped Turkey to ride out coronavirus pandemic-related shocks.

The president on Wednesday suggested that developments in the global economy in 2019 and 2020 forced the central bank to make significant foreign exchange transactions.

“Especially 2020 was a tough year both for the world and Turkey,” he said.

“This turbulent economic climate affected our country negatively, for sure,” he noted, adding that the country’s current deficit had widened while its income from tourism slipped.

“During the last two years, $30 billion from the sources of the central bank were used to finance the current deficit,” Erdoğan stressed, adding that foreign capital outflows had reached $31 billion.

He added that the demand of the real sector for foreign exchange to pay off their debts amounted to $50 billion, while regular people bought $54 billion worth of foreign currencies and gold as savings.

“As you can see, only four items yielded a figure of $165 billion,” the president noted, reiterating that this amount was used to finance the current deficit, real sector debt, foreign capital outflows and public needs.

Erdoğan also said if Turks want to keep their savings in foreign currencies or gold, the government cannot force them to do otherwise.

“For a long time, our central bank hasn’t been making these transactions through auctions, but through the market-maker banks working on a 24-hour basis to avoid midnight operations towards our country in Asian markets,” the president noted.

Reserves to be used again if needed

If the central bank had not met the demand for foreign exchange without hesitation, the situation would be far worse, Erdoğan said, citing the economic crises of 1994 and 2001.

“The central bank currently has around $90 billion in reserves,” the president noted. “These reserves may be used again when needed or they may rise above $100 billion (in the future),” he added, referring to the monetary authority’s total gross reserves.

Turkey’s total gross reserves, including gold and money held by the central bank on behalf of commercial banks, declined more than 15% since the beginning of last year to $89.3 billion in April, according to the official data.

Kavcıoğlu last month said the CBRT would maintain its goal of boosting foreign-exchange reserves, and “may use reserve-boosting tools under appropriate conditions.”