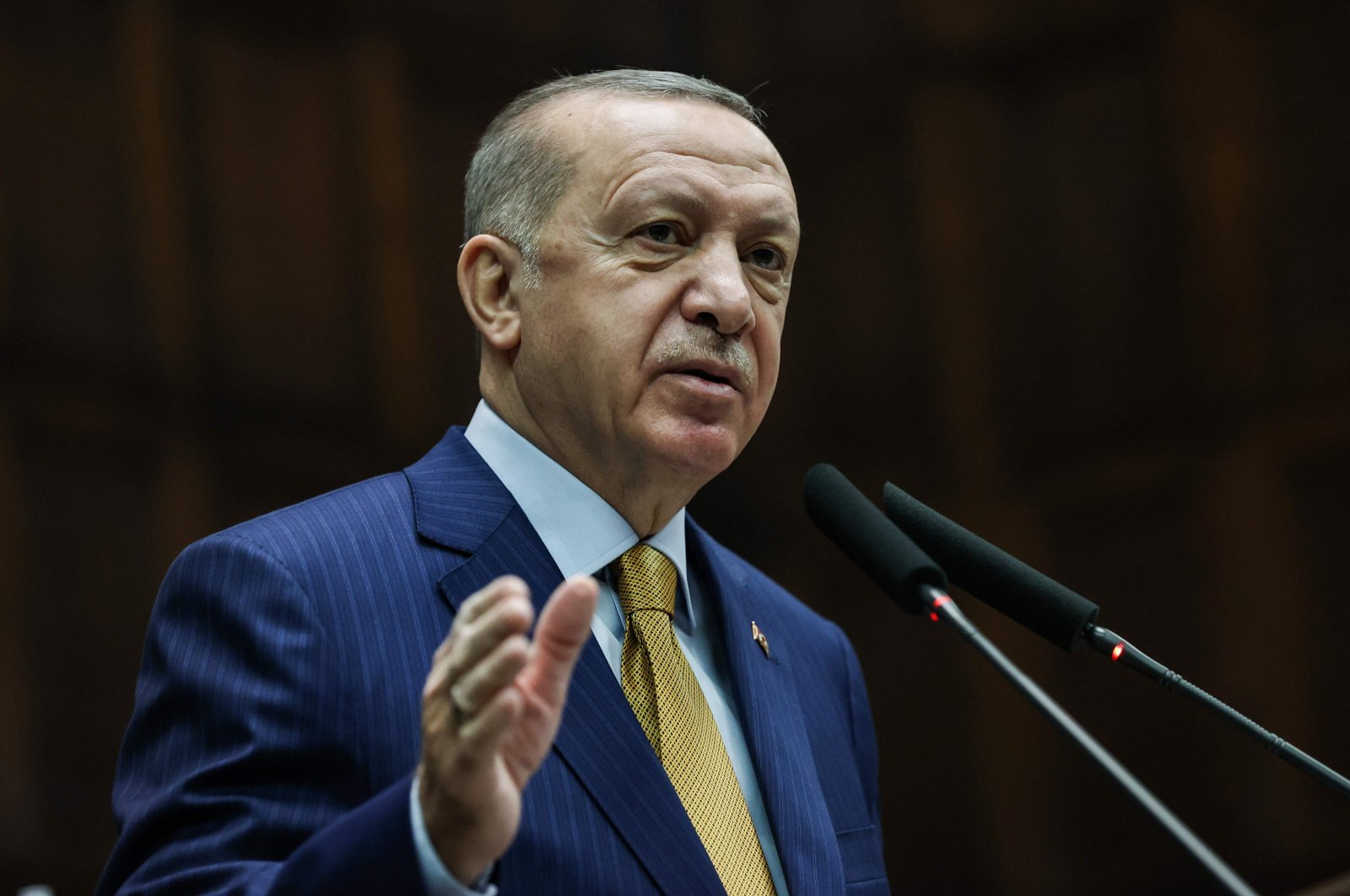 President Recep Tayyip Erdoğan is addressing members of his ruling AK Party during a meeting at the parliament in Ankara, Dec. 23, 2020.
by Anadolu Agency Dec 25, 2020 5:40 pm
RECOMMENDED

In a videoconference during the eighth Turkey Innovation Week program, the president stressed that with the country's young population, knowledge and experience, a per-kilogram export value of $1.20 or $1.30 (TL 9-10) is not satisfying.

Though this figure has doubled compared to 2001, it should not be seen as sufficient, he said.

"First, we need to cross the $2 threshold and move toward $3," Erdoğan said, citing the example of the country's defense industry, which makes $62 per kilogram in exports.

The Turkish economy, which shrank in the second quarter of the year due to the coronavirus pandemic, grew by 6.7% in the third quarter with a strong recovery.

"With this rate, we became the fastest growing country in the world," he said.

During the pandemic, Turkish companies have distinguished themselves with their quality products, competitive prices and, above all, their reliability, Erdoğan added.

"International companies have been in search of creating alternatives to the Asia-based production network ... Turkey has become one of the most popular countries with its industry, production capacity, competitive prices, qualified workforce, geographic location and strong health and transportation infrastructure," the president said.

Erdoğan noted that the country's manufacturing industry capacity utilization rate rose to 75.4% in October and to 75.8% in November.

"Our exports were realized in the range of $16 billion-$17 billion in October and November. All these developments indicate that we'll end the year 2020 with positive growth in line with our expectations," he said.

Despite the conditions of the pandemic, Turkey's exports from January to November amounted to $152 billion, he added.

"I congratulate all our institutions, exporters and entrepreneurs who have a share in this success," he said.

Erdoğan said that beyond being a health crisis, COVID-19 has negatively affected every aspect of life, from the economy to human relations and security.

"This epidemic, in which even countries with sound economies were caught unprepared, has especially worsened the burden of underdeveloped and developing states. With the epidemic, we saw protectionism spread, customs barriers rise and introversion tendencies increase," he said.

Instead of acting and fighting against the pandemic together, every country is trying to escape to its own shelter, Erdoğan added.