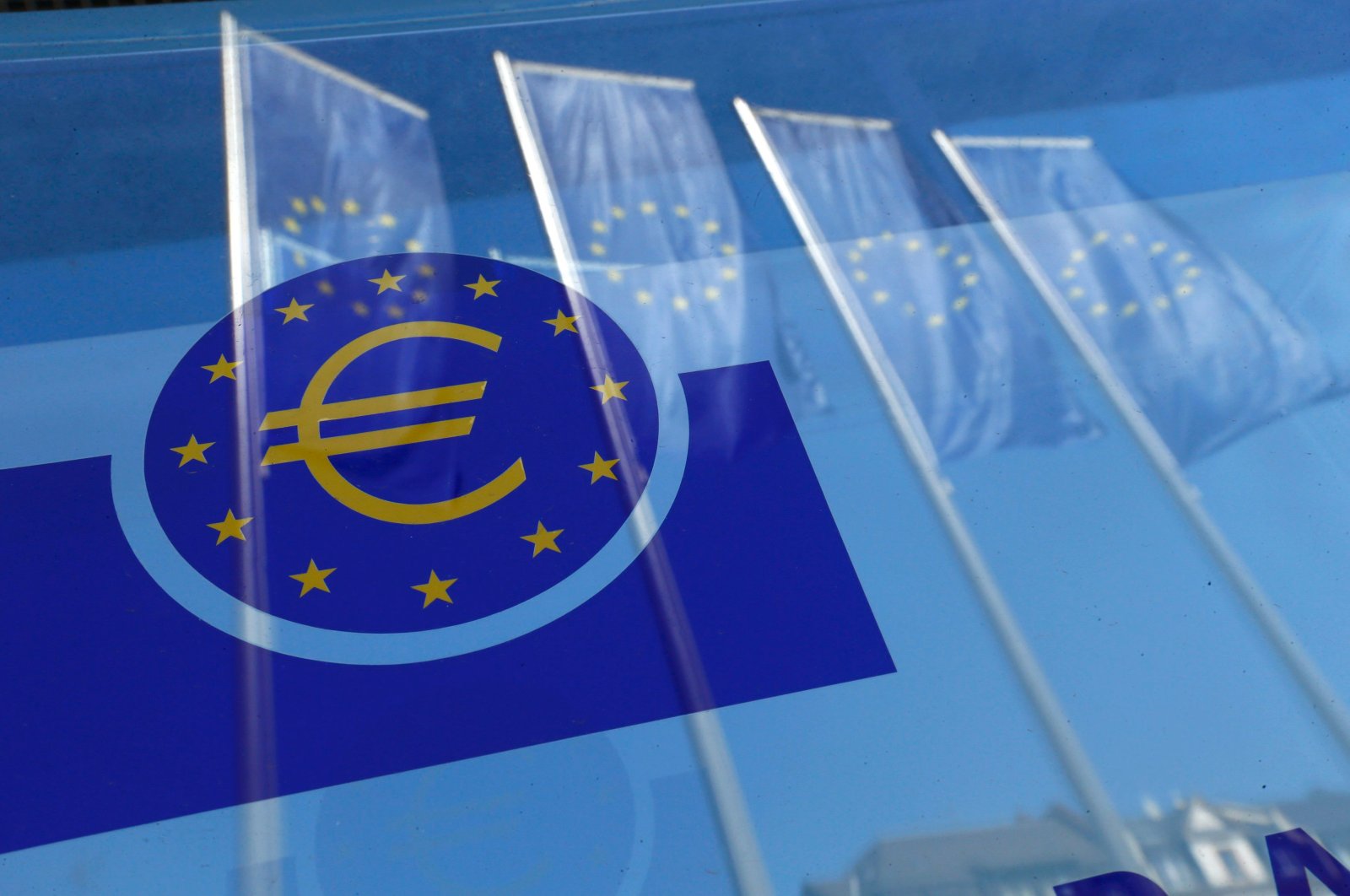 European Union flags are reflected in a window at the headquarters of the European Central Bank ECB in Frankfurt, Germany, April 21, 2016. (Reuters Photo)
by ASSOCIATED PRESS Jul 16, 2020 3:18 pm
RECOMMENDED

The European Central Bank (ECB) has left its monetary stimulus programs unchanged ahead of a key meeting of EU leaders on a recovery plan meant to help the economy bounce back from the coronavirus shutdowns.

The ECB held off providing new measures Thursday after unleashing massive doses of monetary stimulus in recent weeks that have helped keep borrowing costs for companies and consumers at roughly pre-virus levels.

At its last meeting on June 4, the bank’s 25-member governing council increased its pandemic emergency bond purchase program by 600 billion euros to 1.35 trillion euros ($1.7 trillion), a step which pumps newly created money into the economy with the aim of keeping credit cheap and abundant for those who need it.

One big goal for central banks such as the ECB and the U.S. Federal Reserve (Fed) is to prevent the public health crisis from creating panic on financial markets that would constrict financing for companies at a time when many are struggling to stay in business due to restrictions on activity or reluctance by consumers to risk infection through face to face interaction.

The next big policy news in Europe will come on Friday, when leaders of the 27 EU countries discuss a proposed recovery fund backed by common borrowing. The ECB has urged governments to help support the economy through their spending policies.

Rancorous disagreement among leaders over how to deliver the aid could unsettle markets and lead to higher borrowing costs for indebted countries such as Italy. But if leaders narrow their differences that could contribute to further market calm. A complete deal is expected later this year.

At the ECB, investors will be looking at comments by President Christine Lagarde at her post-meeting news conference about her view on the path of the recovery.

There is also interest in whether the ECB could increase the 1.35 trillion euros figure for the pandemic emergency purchases if needed. There has been speculation that the ECB might not need to use the full amount since financial markets have remained relatively placid despite the severe downturn caused by the coronavirus shutdowns. Average borrowing costs for big eurozone governments rose during March but have since returned to pre-pandemic levels.

The ECB left its other stimulus settings unchanged on Thursday. The benchmark interest rate for lending to banks remains at zero and the rate it pays on excess cash left as overnight deposits remains at negative 0.5%. That is a penalty aimed at pushing banks to lend money to businesses and households. The bank is also purchasing 20 billion euros in corporate and government bonds to support growth and strengthen inflation toward its goal of just under 2%.