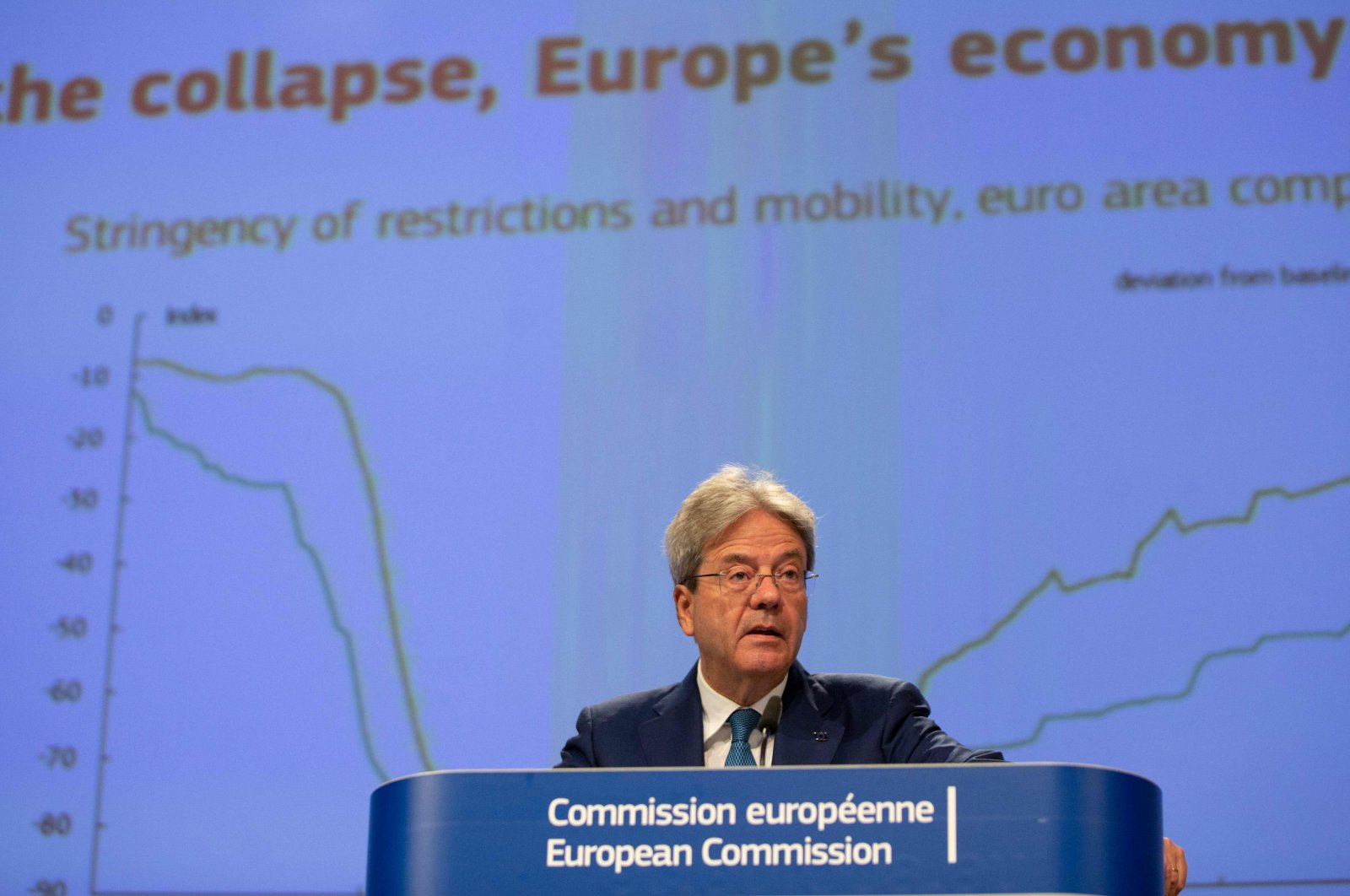 The eurozone economy will drop deeper into recession this year and rebound less steeply in 2021 than previously thought, the European Commission forecast on Tuesday, with France, Italy and Spain struggling the most due to the COVID-19 pandemic.

The downbeat assessment of Europe's economy comes amid concern the U.S.' recovery may also be faltering as a surge of new coronavirus infections prompts states to delay, and in some cases reverse, plans to let stores reopen and activities resume.

The commission said it had to revise its previous forecasts because the lifting of COVID-19 lockdown measures in eurozone countries was proceeding less swiftly than it had initially predicted.

The EU executive significantly cut its earlier forecasts for France, Italy and Spain, three of the countries hardest hit by the pandemic and now expects downturns in excess of 10% this year in each nation.

Conversely, for the eurozone's largest economy, Germany, where widespread testing has helped limit fatalities, the 2020 downturn would be 6.3%, less pronounced than the May forecast of 6.5%. The rebound in Germany in 2021 is however expected to be less pronounced than previously estimated.

The commission said it forecasts that the 27-nation EU economy will contract more than previously expected because of the pandemic.

“The road to recovery is still paved with uncertainty," EU Economy Commissioner Paolo Gentiloni told reporters in Brussels. “This is mostly linked to the epidemiological uncertainty."

In the previous forecasts released in May, when most of the continent was still under lockdown, gross domestic product (GDP) was forecast to contract by about 7.5% this year and to bounce back by 6% next year.

The European Commission said the impact on economic activity in 2020 will be worse than expected because “the lifting of lockdown measures is proceeding at a more gradual pace than assumed in our Spring forecast."

That was illustrated in separate data from Germany on Tuesday that showed industrial production rebounded in May but was far from making up for the collapse of the preceding months.

The new figures indicate an economic recovery gathering momentum in June, although it is based on a number of "critical" assumptions.

The forecasts assume no second wave of infections triggering renewed restrictions, although social distancing measures would persist, while monetary and fiscal policy measures are expected to support the recovery.

The main risks include a potential wave of new infections, more permanent scars from the crisis, including unemployment and corporate insolvencies, and the absence of an EU-U.K. future relationship deal.

Gentiloni said that the EU's biggest challenge in the months to come will be to find the right balance between the necessity to reopen EU economies and the protection of citizens' health.

More than 178,000 deaths related to COVID-19 have been recorded across the continent according to the latest numbers from the European Centre for Disease Prevention and Control.

“We have to live with the danger of local outbreaks" that could lead to plans to re-enter local lockdowns slowing down the economic recovery, Gentiloni said.

The commission said its inflation forecasts were little changed, at 0.3% this year and 1.1% in 2021.

To ensure a quick bounce back, Gentiloni urged member states to adopt as soon as possible a recovery fund aimed at pulling the EU out of the recession. EU government leaders and heads of state will meet next week in Brussels to try to reach a compromise on the 750 billion-euro ($845 billion) package proposed by the commission.

Backed by Germany and France, the money in the fund would be incorporated in the 2021-2027 EU budget. Two-thirds of the fund would take the form of grants to be made available to EU countries, while the rest would be made up of conditions-based loans that governments can apply for.

Gentiloni said the expected effects of the recovery plan have not been taken into account in the growth forecast and that its quick implementation could help brighten the outlook.

“It's important that an agreement is reached swiftly," he said. “To inject new confidence and new financing into our economy in critical times."

The commission’s report said at the global level, “the still rising rate of infections, particularly in the U.S. and emerging markets, has deteriorated the global outlook and is expected to act as a drag on the European economy.”

Some reopening plans have been put on hold and restrictions placed on the bars, restaurants and other hospitality industry companies that helped the U.S. economy add 4.8 million jobs in June.

In an interview with the Financial Times published on Tuesday, Atlanta Federal Reserve Bank President Raphael Bostic said the U.S. recovery was in danger of stalling due to the recent spike in coronavirus cases.