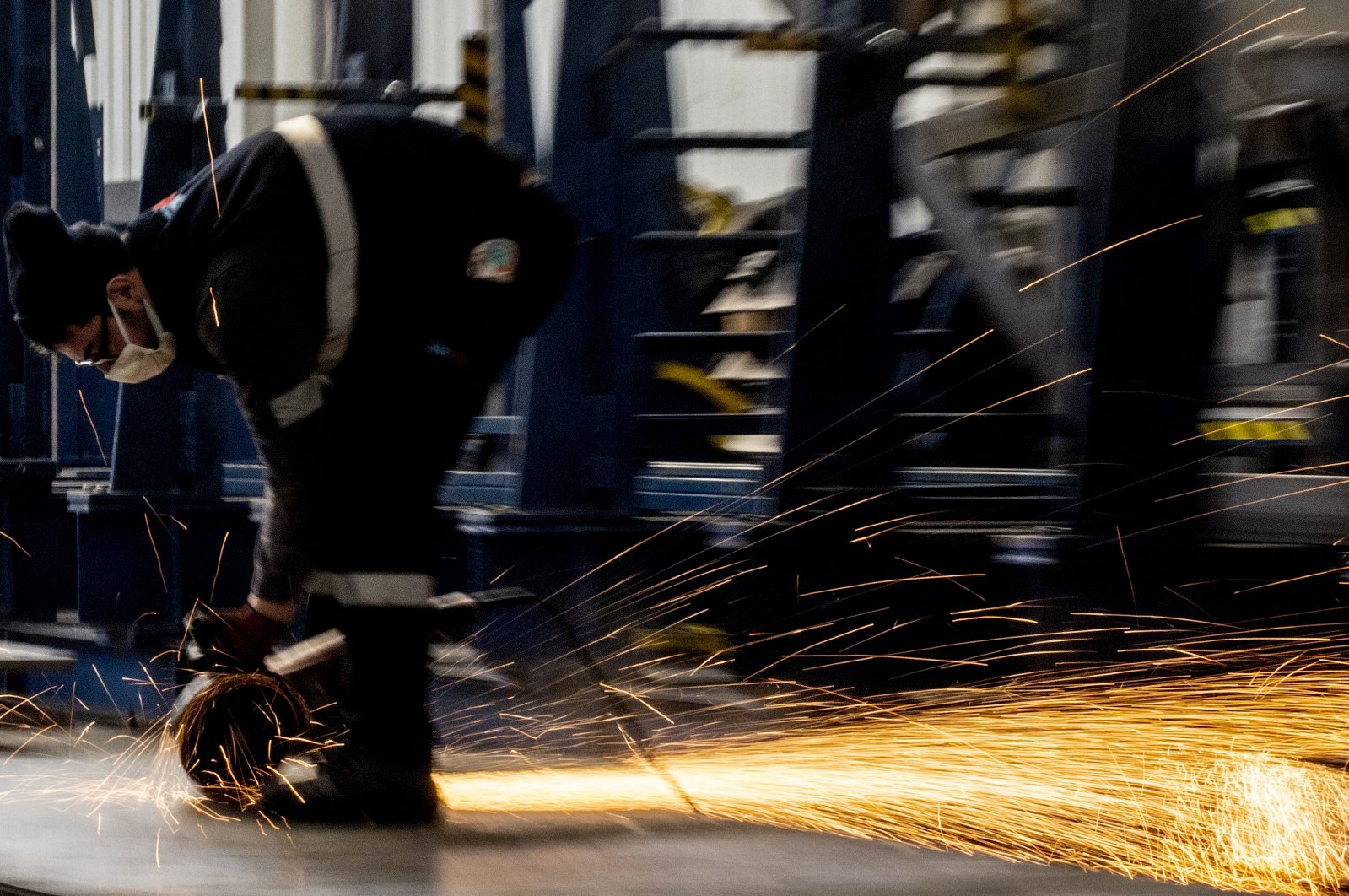 Turkish industrial output jumped 11.4% year-on-year in January, exceeding forecasts and expanding for an eighth straight month in an economic rebound after experiencing the worst of its coronavirus-related fallout last year.

The annual rise places Turkey among the G-20 countries that increased their industrial production the most, Industry and Technology Minister Mustafa Varank said on Twitter, evaluating the data.

Polls projected production to have risen around 8.5% on an annual basis, reflecting continued economic recovery despite pandemic-related restrictions.

Output had plummeted in spring 2020 as many factories temporarily halted operations during the initial wave of the virus.

After a strong economic rebound in the second half of 2020, new virus-related curfews were adopted as of December but manufacturing and the broader economy were unaffected.

The restrictions were eased as of this month.

By sub-sectors, the mining and quarrying index posted the highest monthly and annual increases of 6.8% and 15.4%, respectively, the TurkStat said.

The manufacturing index was up 12.1% on an annual basis, while the electricity, gas, steam, and air conditioning supply index dropped 0.1%.

The manufacturing index posted a monthly increase of 1.1% in January, while the energy index fell 1.6% compared to the previous month.

The output had leaped 9% on an annual basis in December. The calendar-adjusted industrial production climbed 10.1% year-on-year in the fourth quarter of 2020.

“Despite pandemic, the industry sector created 337,000 additional jobs in the last one year,” Varank said.

The median estimate in a Reuters poll of six institutions showed year-on-year growth of 8.5% in the calendar-adjusted industrial production index in January. Forecasts ranged between 7.5% and 10.8%.

Turkey’s economy expanded 1.8% in 2020, one of only a few globally to avoid a contraction due to the COVID-19 pandemic.

Economists expect growth to return its potential rate of 5% this year with vaccinations and a tourism rebound.