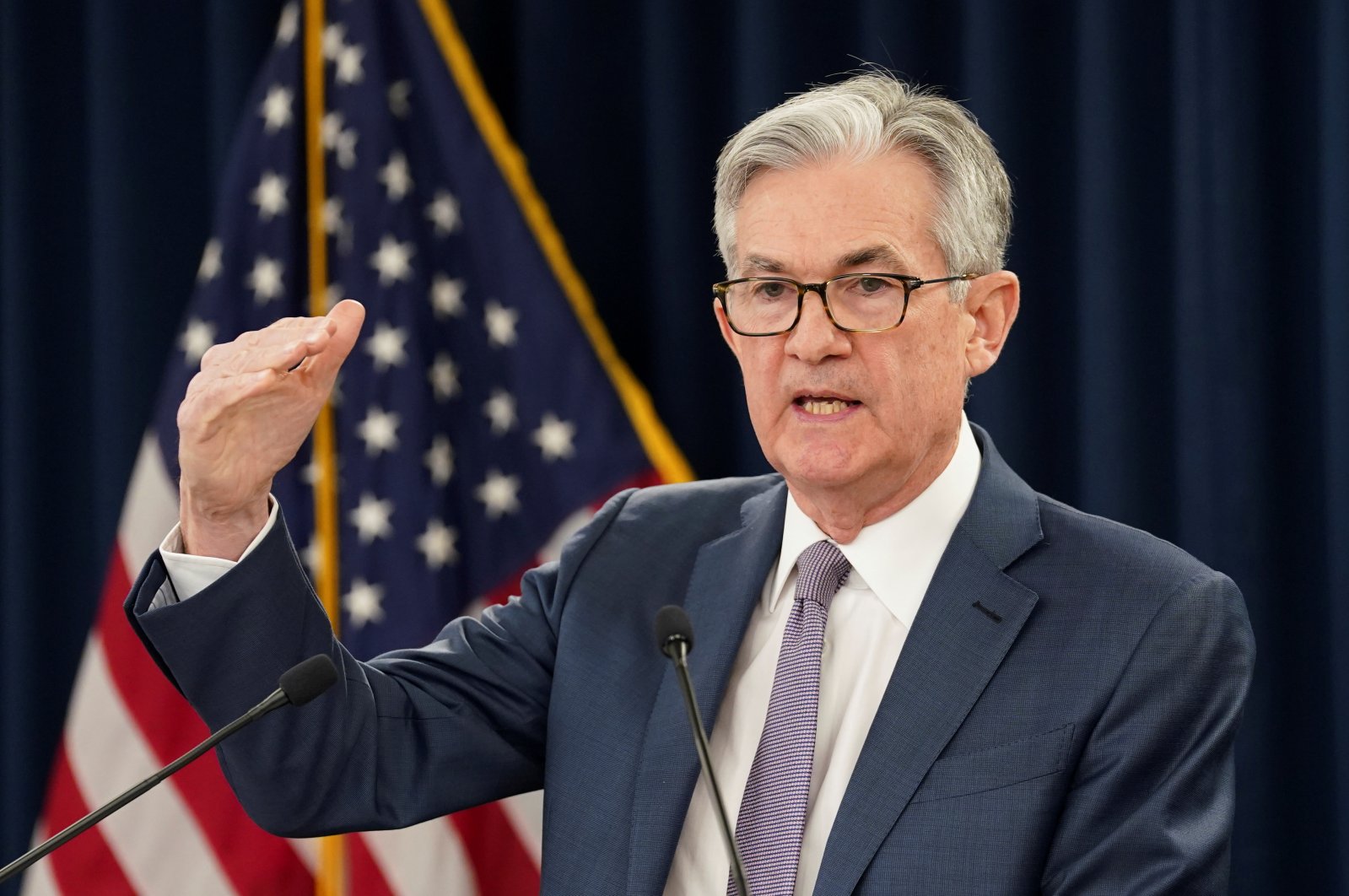 U.S. Federal Reserve Chair Jerome Powell expressed optimism Sunday that the U.S. economy can begin to recover from a devastating recession in the second half of the year, assuming the coronavirus doesn't erupt in a second wave. But he suggested that a full recovery likely won't be possible before the arrival of a vaccine.

In an interview with CBS’s “60 Minutes," Powell noted that the economy was fundamentally healthy before the virus struck suddenly and forced widespread business shutdowns and tens of millions of layoffs. Once the outbreak has been contained, he said, the economy should be able to rebound “substantially.”

Powell offered an overall positive message while warning that it would take much longer for the economy to regain its health than it took for it to collapse with stunning speed.

“In the long run and even in the medium run," the chairman said, "you wouldn’t want to bet against the American economy. This economy will recover. And that means people will go back to work. Unemployment will get back down. We’ll get through this."

In his remarks, Powell repeatedly returned to health issues as central to the success of a U.S. economic reopening. The most important data for the U.S. economy right now are the "medical metrics," Powell noted, while he also outlined the likely need for three to six more months of government financial help for firms and families.

He called on Americans to "help each other through this" by adhering to social distancing rules as state and local governments begin to lift restrictions on social and economic activities.

"If we are thoughtful and careful about how we reopen the economy so that people take these social distancing measures forward and try to do what we can not to have another outbreak ... then the recovery can begin fairly soon," Powell said.

States are now easing restrictions imposed to slow the spread of the coronavirus. That has raised the hope of a gradual return to normal but also has increased the risk of new infections. As Congress debates possible further economic relief, Powell has stretched the limits of typical central bank commentary, directly calling for more fiscal spending. In Sunday's interview, he even urged people to wash their hands and wear masks to aid the recovery.

Under the best of circumstances, it will be a long road, Powell said, with additional job losses likely through June, a rebound that takes time to "gather steam," and some parts of the economy, like the travel and entertainment industries, possibly under pressure until there is a vaccine.

"Assuming there is not a second wave of the coronavirus, I think you will see the economy recover steadily through the second half of this year," he said. "For the economy to fully recover people will have to be fully confident and that may have to await the arrival of a vaccine."

Powell pointed out that the downturn wasn't a result of deep-seated financial instabilities, like the housing meltdown and the excessive risk-taking among banks that ignited the Great Recession. Rather, it resulted from an external event – a pandemic – that required a shutdown of the economy. That may mean, he said, that “we can get back to a healthy economy fairly quickly.”

In the meantime, though, American workers are enduring their worst crisis in decades. More than 36 million people have applied for unemployment benefits in the two months since the coronavirus first forced businesses to close down and shrink their workforces. The unemployment rate, at 14.7%, is the highest since the Great Depression and is widely expected to go much higher.

Powell played down comparisons to the Depression. While acknowledging that unemployment could peak near the Depression high of 25%, he noted that U.S. banks are far healthier now and that the Fed and other central banks are much more able and willing to intervene to bolster economies than they were in the 1930s.

He said the gross domestic product (GDP) may contract at an annualized rate of perhaps 20% in the April through June period. Those are levels reminiscent of the Great Depression in the 1930s, though Powell said he thought a prolonged crash of that magnitude remains unlikely.

Still, Powell cautioned that it would take time for the economy to return to anything close to normal. A recovery “could stretch through the end of next year,” he said. And a vaccine would likely be necessary for Americans to feel safe enough to return to their normal economic behavior of shopping, traveling, eating out and congregating in large groups – activities that fuel much of the economy’s growth. Most health experts have said that a vaccine won’t be ready for use for 12 to 18 months at least.

The Fed chairman said he and other central bank officials, in conversations with businesses, labor leaders, universities and hospitals, have picked up on “a growing sense that the recovery may take some time to gain momentum.”

“That would mean,” he added, ”that we will start our recovery and get on that road, and that’ll be a good thing, but that it’ll take some time to pick up steam.”

Powell reiterated his view that both Congress and the Fed must be prepared to provide additional financial support to prevent permanent damage to the economy from widespread bankruptcies among small businesses or long-term unemployment, which typically erodes workers’ skills and social networks. Congress has already approved roughly $3 trillion in rescue aid for individuals and businesses. But states and localities need federal money to avoid having to cut jobs and services, and legislation to provide that money remains at an impasse in Congress.

If necessary, Powell said, the Fed could expand any of the nine emergency lending programs it has launched since the viral outbreak began to harm the economy – or create new ones. In March, the central bank slashed its benchmark interest rate to near zero as stock markets plunged and bond markets froze. The Fed has also intervened by buying $2.1 trillion in Treasurys and other bonds to keep interest rates low and smooth the flow of credit.

The Fed could also provide more explicit guidance on how long it will keep rates pegged at nearly zero and the extent of its bond-purchase programs, Powell said. Doing so would give banks and other companies more confidence that borrowing rates will stay lower for longer.

But the chairman reiterated that the Fed isn’t considering cutting rates into negative territory, which President Donald Trump has repeatedly urged. The issue of negative rates flared up in recent weeks when futures markets essentially bet that the Fed would take that step early next year, as some other central banks have done.

“There’re plenty of people who think negative interest rates are a good policy,” Powell said. “But we don’t really think so at the Federal Reserve.”