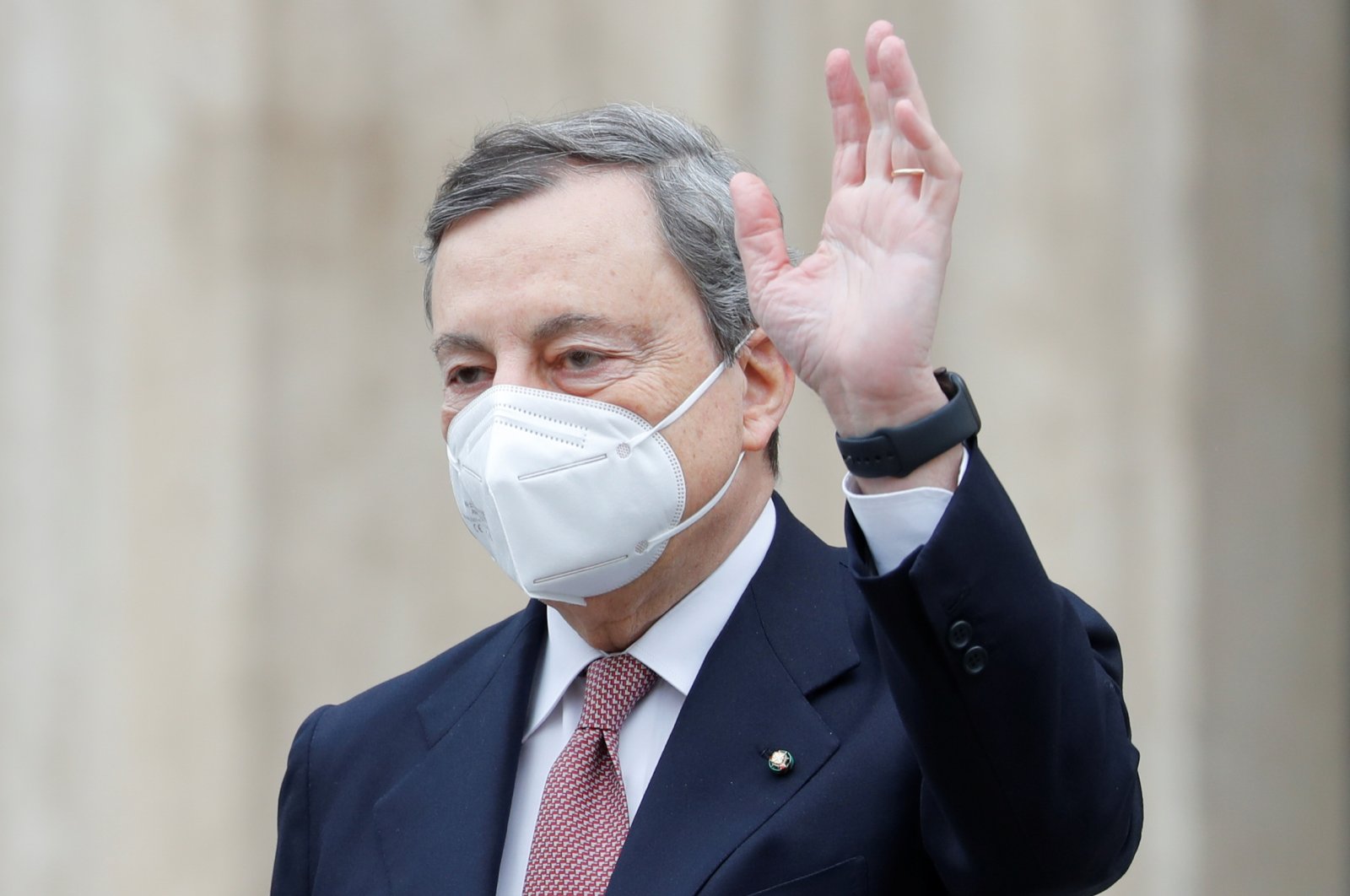 Mario Draghi has never shirked a challenge, from salvaging the reputation of Italy's central bank to saving the euro. But he is now about to take on what may be an even tougher task.

Little over a year after leaving the presidency of the Frankfurt-based European Central Bank (ECB), Draghi, 73, was asked by Italy's head of state earlier this month to resolve political chaos in Rome and form the country's 67th post-war government.

Addressing Italy's upper house Senate ahead of a mandatory confirmation vote, which he is expected to win with ease, in his new government by the Senate on Wednesday evening, Draghi promised sweeping reforms to help rebuild Italy after the coronavirus pandemic.

In his maiden speech to parliament, the new prime minister called on Italians to pull together to help rebuild the country following the coronavirus pandemic and promised his new government would introduce sweeping reforms to revitalize the battered economy.

He said his broad-based administration would throw all its efforts into defeating COVID-19, while looking to leave a stronger, greener nation for future generations.

"Today we have, as did the governments of the immediate post-war period, the possibility, or rather the responsibility, to launch a new reconstruction," said Draghi.

His immediate priorities will be ensuring a smooth coronavirus vaccination campaign and re-writing plans for how to spend more than 200 billion euros ($240 billion) of European Union funds aimed at rebuilding the economy.

To guarantee the money is well spent, Draghi signaled that he wanted to overhaul the public administration, which is throttled by red tape, and the justice system, one of the slowest in Europe.

Draghi also put a strongly pro-European stamp on his administration, which includes parties such as the right-wing League which have been highly critical of the euro common currency and Brussels bureaucracy in the past.

“Supporting this government means sharing the irreversibility of the choice of the euro, it means sharing the prospect of an increasingly integrated European Union that will arrive at a common public budget,” said Draghi, who received a standing ovation from senators after his 50-minute address.

Draghi faces daunting challenges, with many sectors of the economy stalled and some companies only surviving thanks to state handouts. He said he could not protect every job or business, adding: "Some will have to change, even radically."

His cabinet will have to move fast. It can only govern for a maximum two years, with national elections due in early 2023.

Draghi said he would call on the army to help speed up the anti-coronavirus vaccination campaign, but warned the disease would force lasting changes in a country that has registered some 94,000 deaths – the second-highest toll in Europe.

"The main duty to which we are called, all of us... is to fight the pandemic by all means and to safeguard the lives of our fellow citizens," he said.

Draghi is expected to win Wednesday’s confidence vote in the Senate with ease and a similar vote in the lower house on Thursday by record margins after all but one party rallied to his side.

However, he might struggle in the future to hold together his disparate coalition, which includes political foes with vastly different views on issues such as immigration and welfare.

An additional concern is the state of his largest parliamentary partner, the 5-Star Movement, which is deeply split over backing Draghi and risks breaking apart.

For the man whose illustrious career has earned him the nickname "Super Mario," expectations could hardly be higher, with Italian financial markets rallying and the country's broadsheets posting banner headlines on "Draghi's Moment."

Moving from the hushed halls of Frankfurt's Eurotower to the mayhem of Rome's political arena, Draghi must switch from talking interest rates with fellow central bankers to negotiating cabinet posts with rabble-rousing politicians such as Matteo Salvini, head of Italy's hard-right League party.

If he is successful, it would round out a remarkable career and could line him up to become Italy's next head of state in 2022.

Wolfgang Munchau, head of the EuroIntelligence think-tank, said it may be a "Mission Impossible" for Draghi to reinvent himself as a politician. "There are more ways for him to fail than to succeed," he said.

Urbane, cosmopolitan and softly spoken, Draghi has never made a drama out of a crisis.

He was a lynchpin of the Italian Treasury in the turbulent early 1990s when Italy was forced out of the European exchange rate mechanism, devalued its lira currency and faced the risk of being unable to join the European monetary union.

This was when the media came up with the "Super Mario" tag due to his frenetic activity as Treasury director-general, from organizing privatizations to helping draft the Maastricht Treaty that set the ground rules of the euro project.

After leaving Italy to become vice-president of Goldman Sachs in London from 2002-5, Draghi's reputation as a crisis manager was burnished when he was called back to Rome to revive the fortunes of Italy's central bank, whose governor Antonio Fazio had been forced out by a corruption scandal.

At the Bank of Italy Draghi's international standing and open, outward-looking approach were refreshing after Fazio's parochialism and closed management style, and paved the way for his ascent to the presidency of the ECB from 2011 to 2019.

In 2012, after his famous pledge to do "whatever it takes" to save the euro at the height of the currency bloc's sovereign debt crisis, Draghi became the darling of financial markets and one of Europe's most recognized and powerful figures.

While on the surface Draghi's career may seem a long triumphal march, he has plenty of critics who point to stumbles and failings along the way.

As ECB chief, Draghi was a signatory to a letter to the Italian government in 2011 demanding tough austerity policies that many blame for the country's deep recession and rising debt in subsequent years.

In a similar vein, when Draghi cut off emergency liquidity to Greece's banks during the country's debt crisis in 2015 it was seen by some as a political move to force Athens to comply with EU demands, outside the proper role of a central bank.

"That unnecessary decision was the tipping point that made the capitulation of the Greek government inevitable," said Francesco Saraceno, economics professor at Rome's Luiss University, calling it "a dark episode of the European crisis."

As Bank of Italy chief, Draghi's performance as supervisor of Italy's banking system was questioned during the collapse of the world's oldest lender, Monte dei Paschi di Siena.

He approved Monte Paschi's purchase of rival lender Antonveneta at an inflated price which contributed to its financial meltdown, and he was responsible for its oversight while the bank took out derivative contracts which undermined its accounts and led to criminal convictions.

If he becomes prime minister, Draghi will find himself trying to tackle Monte Paschi's ongoing woes once and for all.

Even his role in Italy's privatization drive of the 1990s has been criticized, as some firms that were sold off either performed badly or became private monopolies, generating huge profits for their new owners.

Rome is now trying to take back control of one of these, toll road operator Autostrade per l'Italia (ASPI), following the deadly collapse in 2018 of a bridge it managed in Genoa.