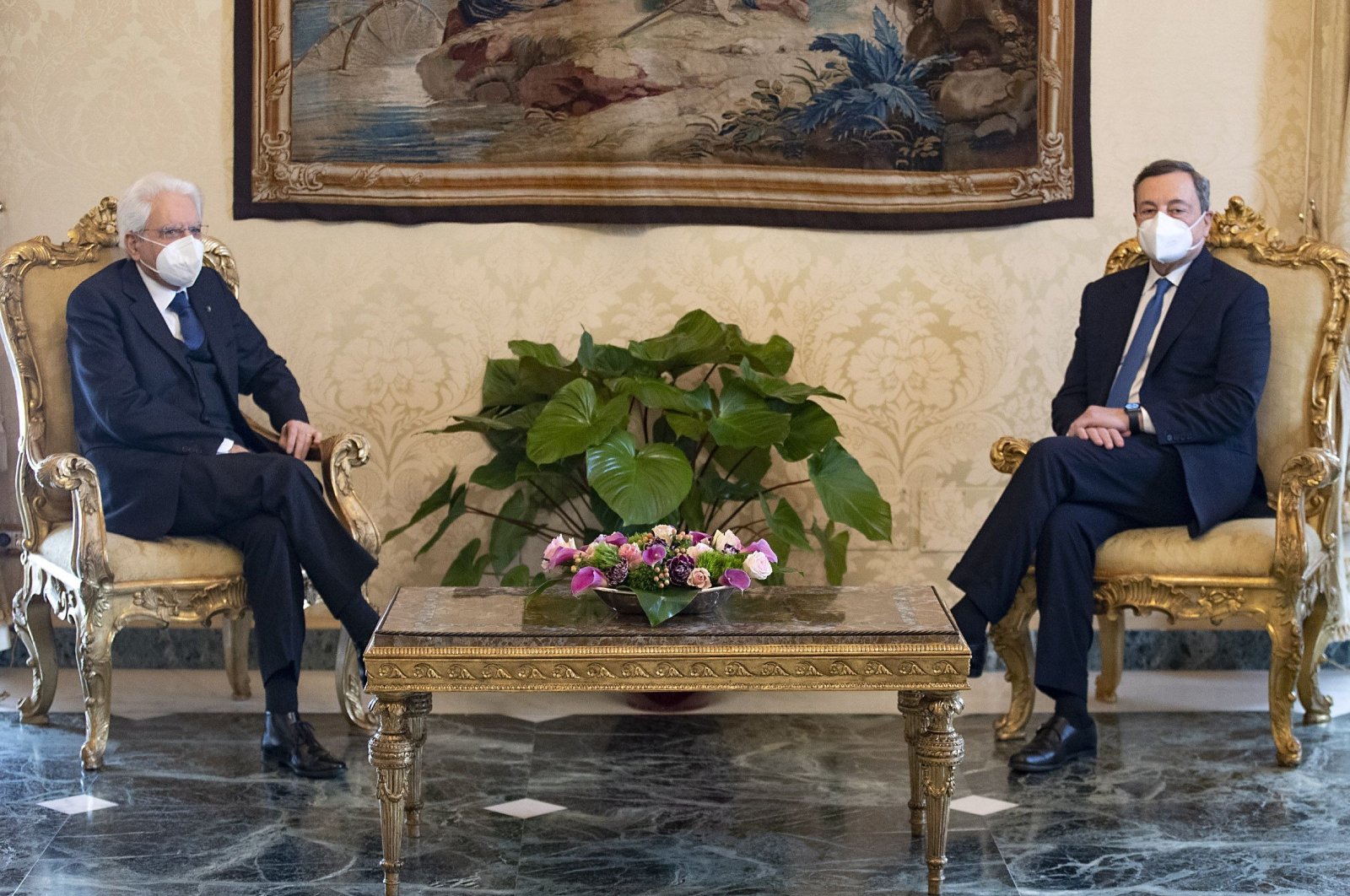 Italian President Sergio Mattarella asked Draghi on Wednesday to form a government to tackle the twin coronavirus and economic crises battering the country. Draghi must now try and muster support in the fractured Parliament, with some political parties reluctant to back an administration led by a technocrat. In a brief statement after receiving the mandate from Mattarella, Draghi said the country faced "a difficult moment."

"I will look to parliament, the expression of the popular will, with great respect," he said, adding that he hoped for unity from political forces as well as society at large, and would return to Mattarella to tell him of the outcome of his talks, as Reuters reported.

Draghi, an Italian economist credited with saving the eurozone at the height of the debt crisis in 2012, is expected to try to put together a government of national unity to navigate the still-raging pandemic.

More than 89,000 people have died since COVID-19 swept across Italy one year ago, while restrictions and the collapse of tourism have plunged the economy into recession. Meanwhile, the government has only a few weeks to come up with a credible plan to spend more than 200 billion euros ($240 billion) in European Union recovery funds.

Conte's center-left coalition had been in power since September 2019 but was fatally weakened last month when former Prime Minister Matteo Renzi withdrew his Italia Viva party in a row over the handling of the pandemic.

Conte finally resigned last week but hoped to return with a new government comprising of the populist Five Star Movement (M5S) and the center-left Democratic Party (DP). Mattarella gave them until Tuesday to patch things up with Renzi, but the deadline came and went, leaving the president with what he said were the only two viable options. He ruled out snap elections because of the pandemic and instead said he would help form a "high-profile government that should not identify itself with any political formula."

Draghi, dubbed "Super Mario" for his action calming the markets during his stint at the ECB from 2011 to 2019, had long been discussed as a potential savior. But still, it came as a surprise after Mattarella's office rejected reports over the weekend that he had been in touch with the economist.

"Draghi's moment," headlined La Republica daily, while the Milan stock market opened 2.3% higher on Wednesday. Mattarella has stressed the urgency of creating a stable government to manage the pandemic, which hit Italy first among the European nations.

Alongside the ever-mounting death toll, the economy shrank 8.9% in 2020 – the biggest contraction since the end of World War II.

Conte had drawn up a 220-billion-euro recovery plan using the EU funds, but Renzi accused him of using it for vote-winning handouts rather than addressing long-term structural issues. The political instability in recent weeks had sparked concerns about whether Rome could meet the April deadline to submit its spending plans to Brussels.

Lorenzo Castellani, a political expert at Rome's Luiss University, said he believed a Draghi-led government would be highly technocratic.

"The government program will be 99% occupied by the pandemic and the recovery fund," he told Agence France-Presse (AFP). But the economist would still have to secure a majority of support among lawmakers before submitting to a vote of confidence in Parliament.

So far the PD appears on board, as does Renzi, but the M5S, the biggest party in Parliament, once defined by its euroskepticism, is split. One of the M5S leaders, Vito Crimi, warned, "This type of executive has already been adopted in the past, with extremely negative consequences for Italian citizens."

The breakdown in talks between the ruling parties prompted a round of finger-pointing, particularly against "irresponsible" Renzi.

However, Renzi maintains he was only ever concerned about the issues. He tweeted his support Wednesday for Draghi, saying: "Now is the time for builders ... zero controversy, long live Italy."

Conte was first appointed in 2018 at the helm of a government comprising of M5S and Matteo Salvini's far-right League. But when Salvini quit the following year, Conte created a new coalition with M5S, the PD and Renzi.