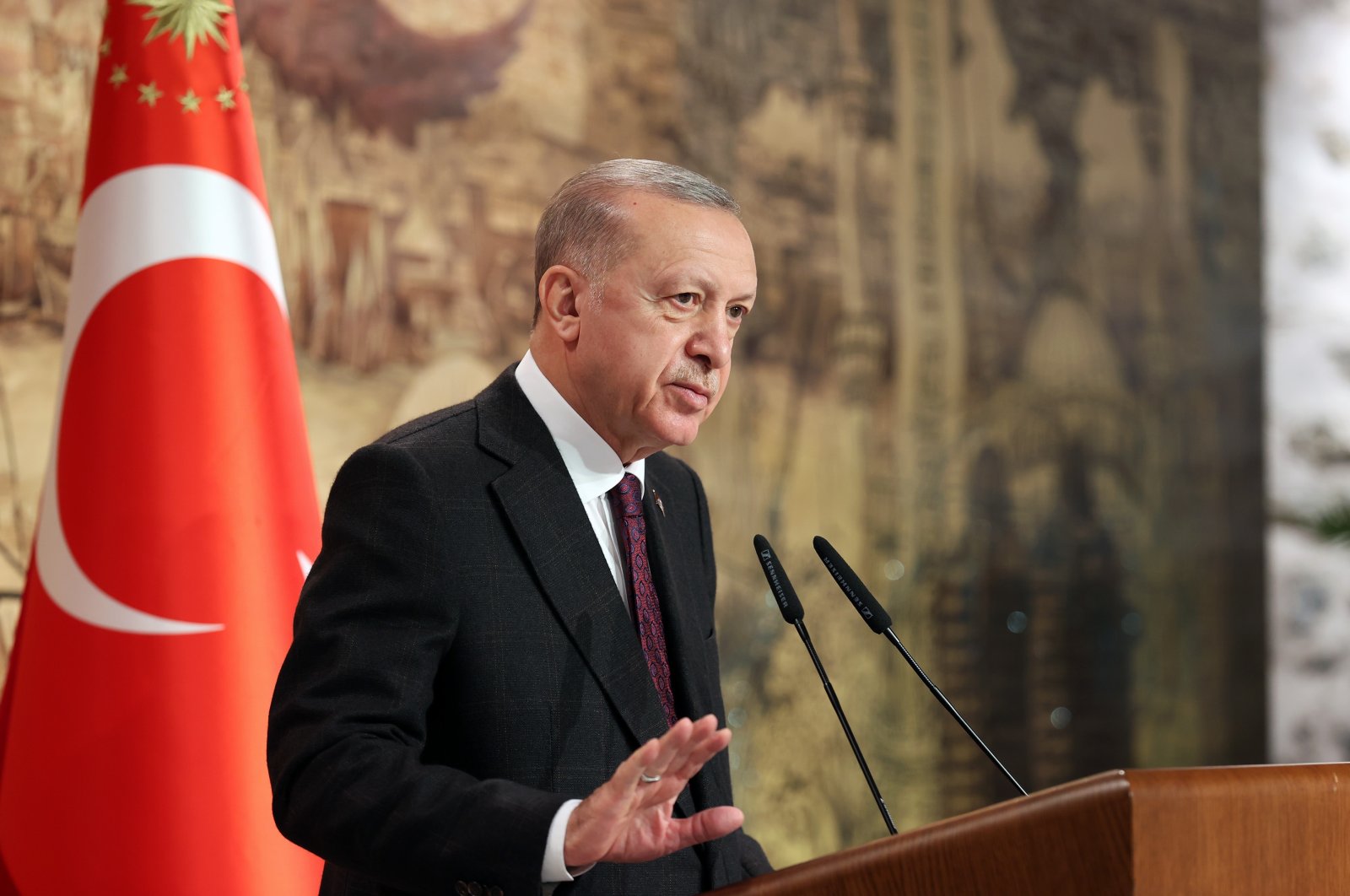 Speaking during an A Haber broadcast, Erdoğan added that the quick uptake in the amount of FX-protected lira deposits, which had been introduced by the Turkish government recently to battle fluctuation in currencies, dollarization and high inflation, show that “Turkish people have put their trust in Turkey’s new economic system” that prioritizes growth, production, exports and high employment.

The president also said that his government will take any other necessary steps to battle “unhealthy fluctuations in the value of foreign currencies.”

“Our citizens now have two assurances: one from the Turkish Central Bank and the other from the Treasury,” he said. “Therefore, there will be no loss for our citizens.”

“God willing, stabilization in the value of foreign currencies against the Turkish lira will be realized soon,” Erdoğan added.

"Turkey won't take a step back from free market principles," he said.

"We are ready to support the real sector in a project-based manner," he added.

"The aim of Turkey's new economic system is to achieve a current account surplus towards production and exports."

Earlier on the same day, the Treasury and Finance Ministry revealed new details about the recently-announced deposit protection scheme meant to stem the currency crisis by putting an end to dollarization in Turkey.

According to the ministry statement, people residing in Turkey can benefit from the foreign exchange-protected Turkish lira deposit scheme and, contrary to recent rumors, it will be possible to benefit from the mechanism more than once. There will be no upper or lower limit.

Speaking to a broadcaster, Treasury and Finance Minister Nureddin Nebati said late Thursday that Turkey’s economic model will deliver positive results and a rapid transformation before next summer.

The scheme was announced by the ministry on Tuesday.

Commenting further on the country’s economic model, Nebati told the NTV channel that “the model is based on a high level of exports, lowering the current account deficit and welfare reflected for society as a whole.”

The accounts in the FX-protected lira deposits will have four options for timeframes: three, six, nine and 12 months.

The maximum interest rate can be updated by the ministry and will be valid for accounts opened after the update.

The CBRT is now releasing the parity rates against foreign currencies every morning at 11 a.m. local time.

In the days following the announcement of the new scheme, Turkey’s lira has whipsawed back from a historic low of 18 to the dollar, starting to compensate its losses that reached 60% in the year.

The lira on Thursday was on track for its best week in two decades, rallying as much as 10% to 10.25 against the dollar, its strongest level in a month.