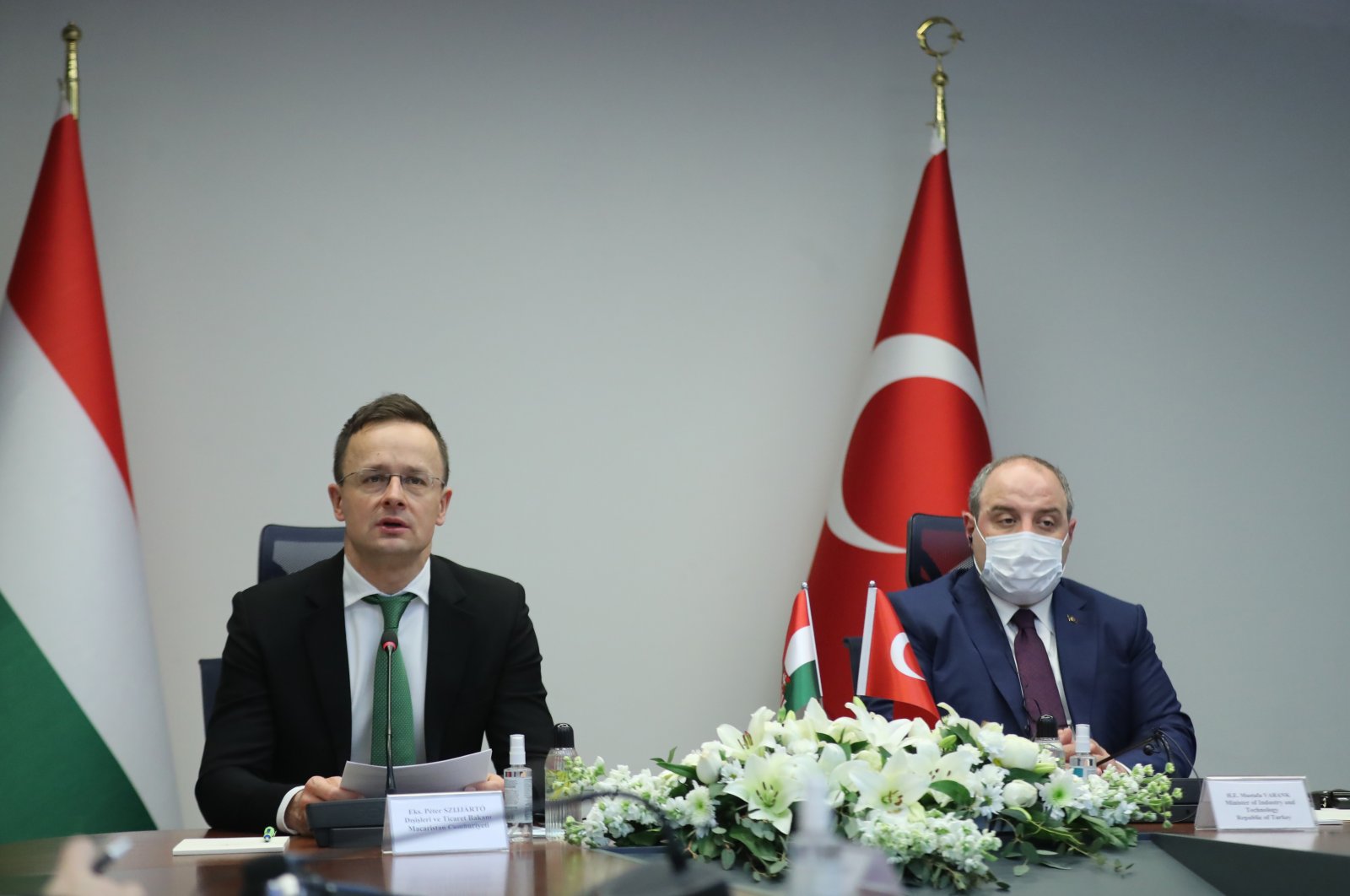 Hungary attaches great importance to relations with Turkey, and Europe's security depends on the country, the Hungarian minister of foreign affairs and trade said Monday, while also commenting on the economic relations between the two countries.

Turkey’s Industry and Technology Minister Mustafa Varank and Hungarian Minister Peter Szijjarto held a joint press conference following an event organized for the promotion of the 2 million euro ($2.4 million) investment in Turkey by Hungarian medical device giant Medicor. The company made the investment in the second organized industrial zone (OIZ) in the Turkish capital Ankara.

This investment shows Hungary's confidence in Turkey's economic potential and political stability, Varank said, emphasizing that it is a pioneering step for bilateral economic and trade cooperation.

Szijjarto explained that during the COVID-19 process Hungary struggled to protect people's lives while alleviating the economic difficulties brought on by the pandemic and its efforts to not close the economy entirely. He said this process showed how important it is to continuously improve public health.

One of the important experiences gained in this process is the need to increase the availability of the most basic health equipment, he added.

Szijjarto, pointing out to the solidarity shown by Ankara toward Budapest during the process, stressed that last year, they received assistance from Turkey during the most difficult times.

Raw materials for the textile sector required for the production of masks were brought in from Turkey along with protective clothing for health care workers, the Hungarian minister said, who expressed the desire to continue strengthening these relations.

Previously, statements made by officials engaged in Hungary-Turkey business relations pointed out that the Eastern European country sees the health system in the country as a developed one, which allows for Hungarian institutions to work toward bringing medical companies into the Turkish market.

"This agreement will be aimed at meeting the financing needs of the two countries' business world in projects to be realized in third countries," Trade Minister Ruhsar Pekcan said at a news conference.

"Our mutual trade has reached $2.7 billion (TL 19.17 billion), with efforts continuing to reach the $6 billion target set by our President Recep Tayyip Erdoğan and the prime minister of Hungary," Pekcan added.

Türk Eximbank has established similar strategic collaboration schemes with other regional and multinational financial institutions and banks, the most recent one being with Austria’s official export support institution, OeKB Gruppe.

Previously, it has signed reinsurance cooperation agreements with export credit institutions in the United States, the United Kingdom, France and Denmark.

The first concrete transaction as part of reinsurance agreements came after the deal was signed with the UKEF, the U.K.'s export support organization, in July 2020. The agreement, which aims to construct power plants in Iraq, includes the export of goods and services from Turkey.

Noting that there are tenders for high-speed trains and electric buses in Hungary, Pekcan said Turkish companies have a good chance to get the tenders.

She stated they asked Szijjarto to support the Turkish businesspeople and the staff working in Hungary in obtaining a "D" type (long-term) visa.

Speaking about the transit document issue between the two countries, she said: "We still have some problems with our trucks waiting at the Romanian-Hungarian border.

"Our transporters have some problems with the electronic registration system," the minister added.