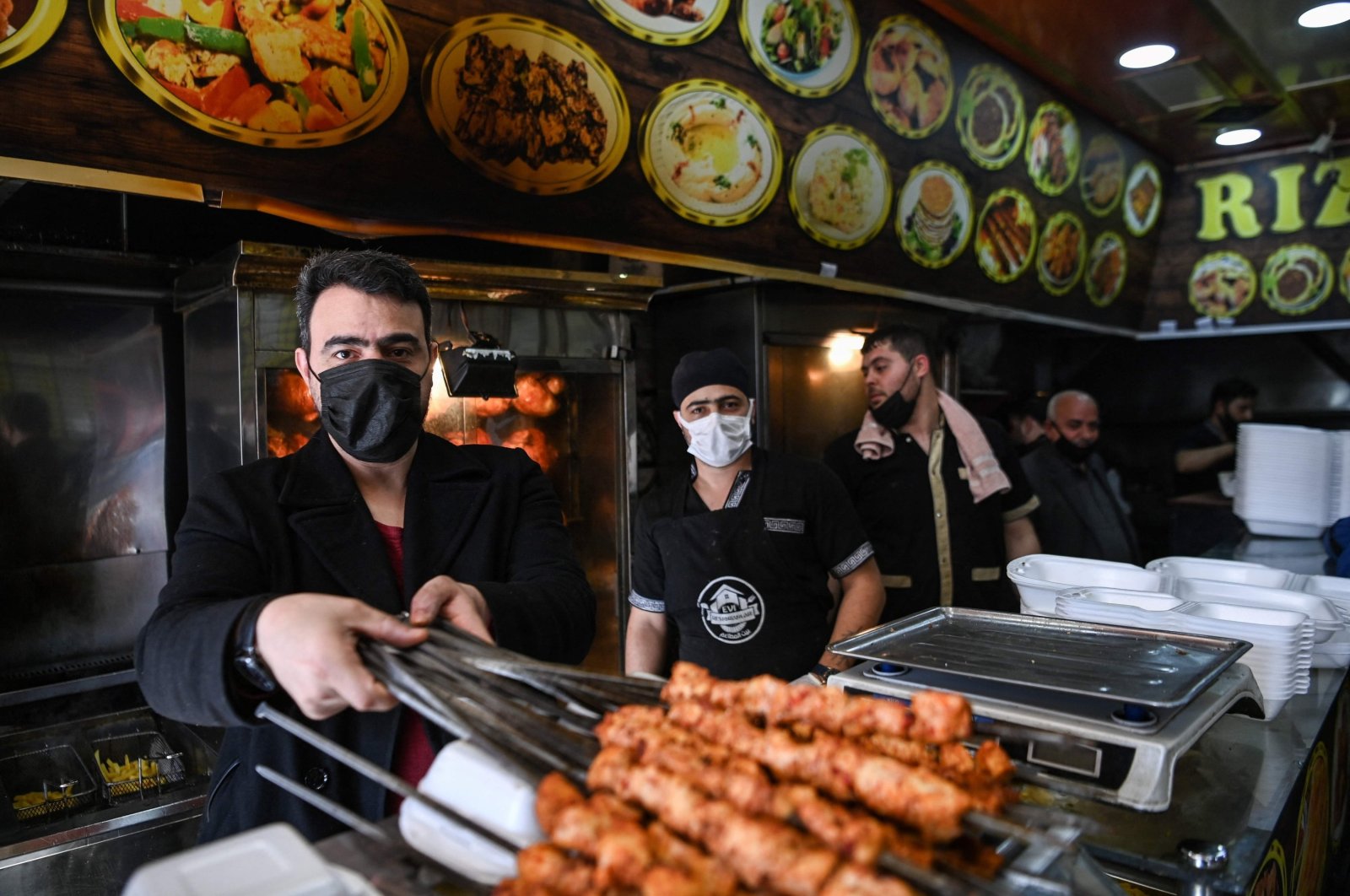 Syrian entrepreneurship has untapped potential in Turkey, the country that hosts the largest number of refugees from the war-torn country; however, there are several challenges to be addressed for the Syrian-owned small and medium-sized enterprises (SMEs), according to a recent review by a nongovernmental organization (NGO).

Spark, an international NGO, held a European Union-funded virtual conference on the subject titled “Job Creation in Turkey: Access to Finance for Syrian and Turkish SMEs.”

During the event, the urgent need of Syrian and Turkish SMEs in Turkey to increase their access to financing to further grow while creating employment was addressed.

Based on research conducted by online questionnaires and face-to-face interviews, the main problems that were voiced by SMEs at all levels concerning banking and financial services were elaborated during the conference, which presented such challenges for the first time.

According to the report, Syrian-owned SMEs have substantial potential for growth, but there are structural difficulties. Their temporary protection status, for example, leads to restraints like limitations on their free movement. In addition, other challenges include the language barrier, a lack of knowledge of the Turkish economic system and difficulties in registering their businesses and their employees.

Some 40% of them operate in food and retail, while 20% are in wholesale trade, 20% are in textiles and clothing manufacturing, 10% are in education services and 10% operate in other sectors.

Though there are businesses that started operating right after 2011 when the war erupted and they started flocking in neighboring Turkey, most of the businesses were established between the years 2016 and 2017.

The responses given to the online questionnaire and those obtained through face-to-face interviews revealed that almost all of them are targeting the local market – for Syrian consumers only – and only 30% asserted that they target export markets in addition to local markets. And although 90% of the Syrian SMEs think about staying in the country and expanding their business if financial resources are provided and more space for their businesses becomes available, currently only 70% registered according to the requirements of Turkish business law.

About the problems with access to financing, for some, it starts from very basic requirements like opening a bank account to acquire a credit card or transfer money.

The report highlighted that it seems almost impossible for a Syrian under temporary protection status to obtain a bank loan, making them turn toward informal loans from family or friends.

On the banking side, the Syrian SMEs are significantly overlooked since they are small and risky for the lender as they have a lack of credibility, are unregistered or operate with an unregistered employee.

One of the most significant points, however, from the banking point of view is that they are from a country subjected to sanctions and are likely to export to “risky countries.”

“Having a Syrian name on the board may constitute a problem for the banks that fear international sanctions,” the report highlighted.

Although many countries host the persecuted, Turkey is home to the world's largest refugee population with 4 million refugees – over 3.7 million from Syria.

The overall labor force participation rate among Syrians in Turkey is 38% and Syrian entrepreneurs have started more than 20,000 businesses.

Although some Syrians are business owners or co-owners with Turkish nationals, a large number of Syrians in Turkey work in the service sector. According to United Nations figures, over 130,000 work permits have been granted, and over 10,000 Syrian entrepreneurs have had the opportunity to start a business in Turkey.

Ankara so far has spent around $40 billion (TL 274 billion) on the Syrians in Turkey, while the European Union has provided only around 3 billion euros ($3.34 billion) of a promised 6 billion euros – a gap Turkey has long demanded be closed.

The panel highlighted that the country generally provides the best opportunities for Syrian refugees in the region; however, the finance and public sectors are not accustomed to working with migrants or refugees in general and there are significant challenges in benefitting from their potential.

Accordingly, SMEs are having difficulties complying with regulations or reaching the Turkish market, and doing business with even other Turkish companies in the same sector, the report added.

Spark Turkey – which is the part of the NGO that operates in 14 regions in the Middle East, North Africa and sub-Saharan Africa since its establishment in 1994 – provides support for both Turkish and Syrian entrepreneurs’ business plan development by providing support for education and access to finance. Through collaborations with higher education and vocational training institutions, it also offers educational support for Syrian refugees in Turkey. It aims to meet the needs of the business world with the educational support provided to young people.