Mulla brothers: Journey to business success from Syria to Ankara 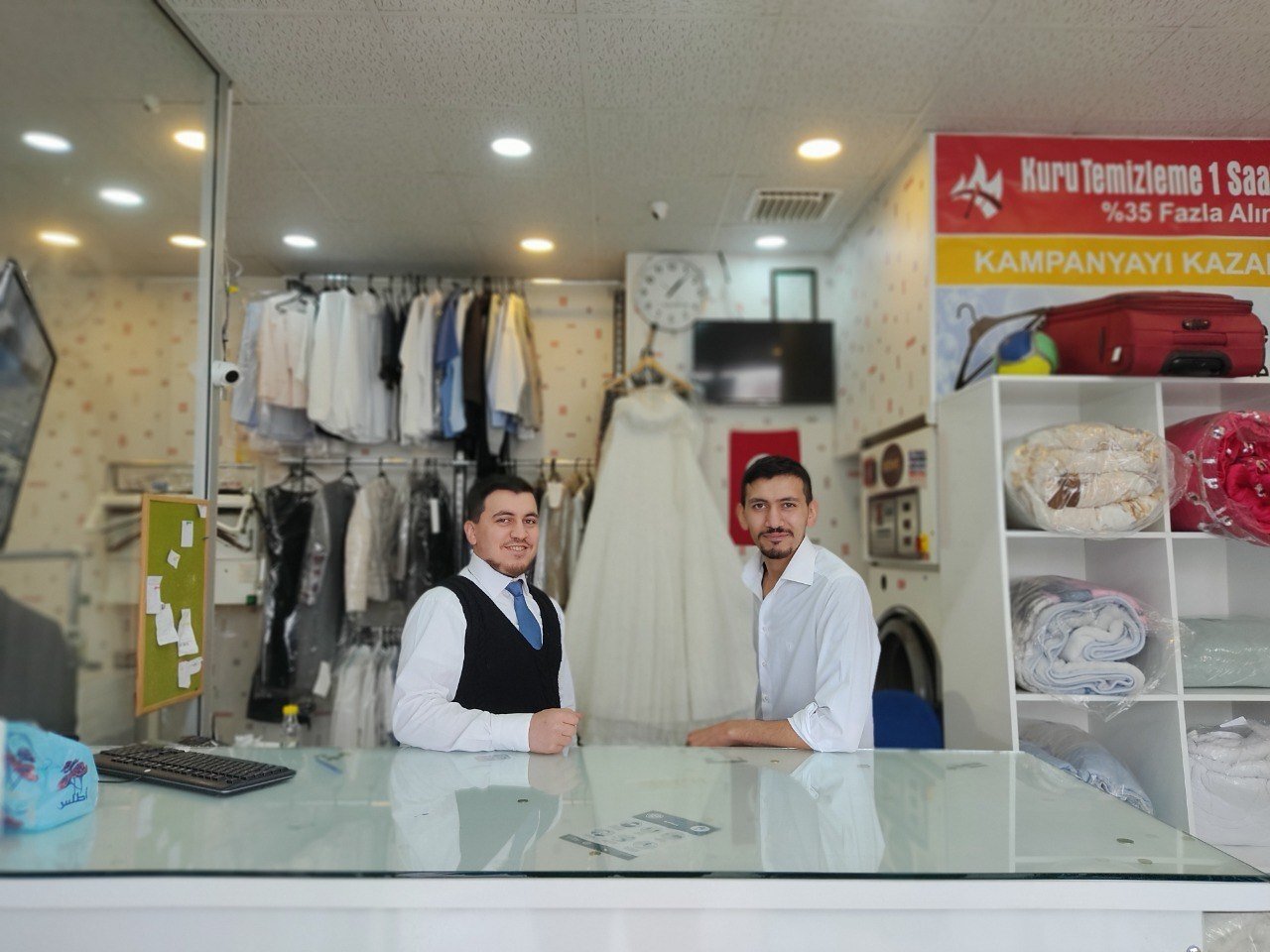 Eleven years ago, Mohammed decided it was time to leave behind his beloved home in Aleppo, Syria, as he did not want to be part of the bloody-handed Bashar al-Assad regime's military.

On the occasion of World Refugee Day, brothers Mohammed and Ahmed Mulla have shared their journey to success, from living as refugees to becoming business owners in Ankara.

Established by the U.N. in 2000 to honor refugees around the globe, World Refugee Day is celebrated annually on June 20 to raise awareness of the situation of refugees throughout the world.

Amid mounting atrocities in the civil war raging in Syria since early 2011, Turkey opened its borders to Syrians fleeing from the Assad regime's brutalities.

The Mulla brothers are among millions of Syrians who fled to Turkey seeking refuge.

Mohammed was only 17 years old when he and his family crossed into Turkey with hopes of rebuilding the life that they had to leave behind in Aleppo.

He first moved to Turkey's southernmost Hatay province, stayed there for a year and learned Turkish. He then left to south-central Gaziantep and worked at the local bus terminal as an office boy and translator for Arabic-speaking travelers.

After arriving in the Turkish capital of Ankara in 2016, Mohammed said he had worked at various jobs to meet his family's needs.

As his first job, Mohammed began to work at several different dry-cleaning shops in Ankara.

"Before coming to Turkey, my father worked as a dry cleaner in Syria. Then, he worked in Lebanon as a dry cleaner for the al-Hariri family for four years," he told Anadolu Agency (AA), adding that his father taught him everything he knew about the job.

Without receiving any monetary support from the Turkish government, the Mulla brothers were able to open their very own dry-cleaning center in 2018 in the heart of Ankara using money borrowed from family and friends.

When their father passed away due to COVID-19 in 2020, the brothers came to a "crossroads," Mohammed said.

"Without the support from our father, we either had to shut down our business or take a risk and try to manage as two brothers," he added.

Mohammed and Ahmed took a chance and are now operating their business, which is growing more profitable each day.

Having arrived as refugees, the Mulla brothers are now business owners contributing to the Turkish economy and society.

While a minority of people refrain from getting service from Syrian business owners, Mohammed said most people coming to the center ask him to teach them Arabic.

"There is one customer who asks me to teach him an Arabic word each time he comes," Mohammed said with a big smile on his face.

He also noted that foreign diplomats residing in Ankara, especially those from Arabic-speaking countries, are getting their dry-cleaning services from the Mulla brothers.

Stating that their first goal is to pay their debts, Mohammed said their next goal is to open their own carpet cleaning factory within a month or two.

Ahmed said Turkey meant "hope" for the family. As they crossed into the country, he saw that hope in the eyes of Turkish soldiers, he added.

"We are operating this business, not only to meet our needs but also to contribute to the Turkish economy. It's our duty. I am happy and proud to be here in Turkey," Ahmed said.

In addition to supporting the Mulla brothers, the dry-cleaning center meets the needs of two other families, one of which is that of Abbas Efendi.

Abbas, 18, began to work alongside the Mulla brothers very recently, as he and his family came to Turkey in 2016.

Originally from Iraq's Tal Afar city, Abbas and his family had to escape the country due to the violence of the Daesh terrorist organization.

Abbas said he and his family fled the Daesh terrorist group and first went to Syria, then to Turkey. Being the oldest of seven siblings, Abbas said he is happy to be working for the Mulla brothers and sees them as siblings.

When asked if he misses his home in Iraq, he said: "Of course I do pine for it. If we didn't have to flee, then I would've been in school right now and my father would be the only one working."

However, with seven siblings, Abbas said he has to work to help his father to meet their needs.

With his perfect Turkish, Abbas also greets customers when Mohammed or Ahmed are not available.

The dry-cleaning center also contributes to the Turkish community as Mohammed said they had washed Turkish flags for local schools, as well as for the military.

"When the COVID-19 pandemic first emerged, we provided free dry-cleaning service to all health personnel. This was our way to give our thanks for all their efforts," Mohammed added.

According to UNCHR's latest report, "the number of people fleeing wars, violence, persecution and human rights violations in 2020 rose to nearly 82.4 million people."