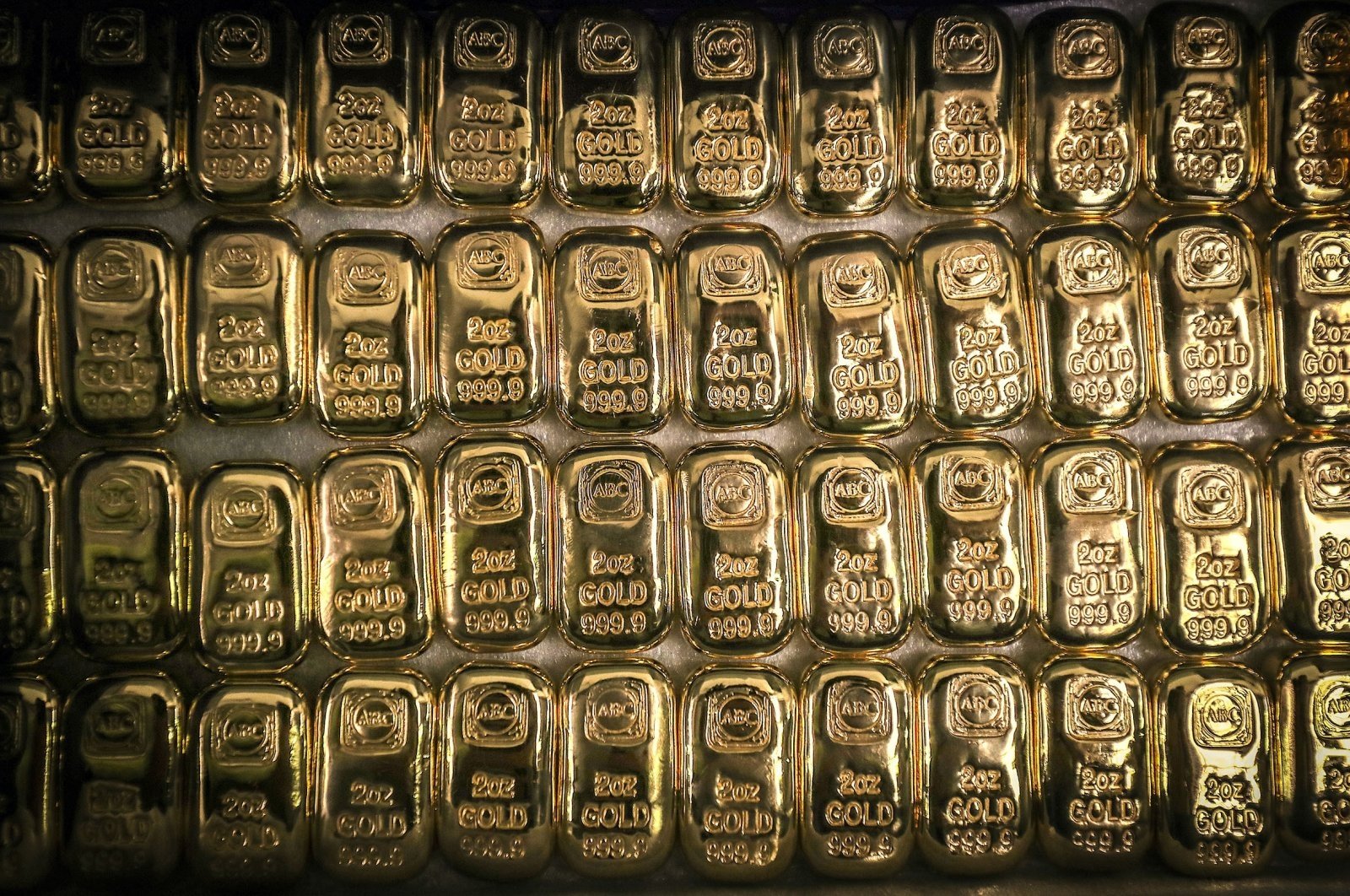 The minister was speaking during the groundbreaking ceremony of the Mollakara gold mining facility which he attended together with the Energy and Natural Resources Minister Fatih Dönmez.

Varank referred to the discovery of the reserves as an important development for both Turkey and the region.

“The reserve found has a much richer content compared to similar mines in our country, with a grade value of 0.92,” he said, noting that now, with an investment of approximately $160 million, they “will ensure that this reserve is brought into the economy in an environmentally friendly manner.”

Koza Altın is expected to invest a total of $160 million in the gold mining facility. The company was seized and handed over to Turkey’s Savings Deposit Insurance Fund (TMSF) due to its links to the Gülenist Terror Group (FETÖ), which was behind the July 15, 2016, coup attempt.

Stating that the facility, whose foundation was laid Thursday, is of great importance for both Ağrı and the country's economy, Varank emphasized that it will strengthen Turkey's power in gold production.

“One of the most important aspects showing the distance Turkey has covered in the mining sector is gold production, which is the field of activity of the facility we will lay the foundation today. Gold is an indispensable part of our culture and financial system. It is an important mineral that we use both as jewelry and in our investments,” the minister said, adding that it is “still a predominant actor in the global economy.”

Stating that they attach special importance to the development of the mining industry in order to meet the needs of Turkey's growing economy, Varank said that they have transformed the gold mining sector, which the current government took over with zero production capacity and turned into a huge sector with an investment volume of $6 billion, employing 13,000 people.

Turkey is among the few producers in the world today, he said.

The country did not produce even a gram of gold in the early 2000s despite having reserves. The minister went on to say the country fell behind in gold production due to lack of vision and incompetence, and needs were met entirely through exports.

“Turkey ranks 12th in the world in terms of proven gold reserves and when we look at the potential, it is among the top five countries,” Varank said.

The country extracted 42 tons of gold from 18 active mines last year despite the pandemic.

Varank said exploration activities continue at the mine, which has a six-year life span according to calculations.

He said they expect the operational life to reach 15-20 years with the new reserves to be found.

Both in this project and in operating other mines, sustainability and the preservation of the environment was prioritized. Through the advanced technology sensors to be installed within the framework of the project, dust, noise, blasting and gas in the air will be measured regularly.

The state-of-the-art methods to be implemented in the gold production process at the mine will minimize its environmental impact, the minister noted.

“After the facility completes its economic life, necessary rehabilitation works will be carried out to reintroduce the land to nature,” he said.

Also speaking during the ceremony, Energy Minister Dönmez pointed to the fact that gold mining is one of the mining sectors with the highest added value.

"Today, Turkey's gold resources are around 1,175 tons. Last year, we produced 42 tons of gold and broke the historical record of the Republic of Turkey in this field.”

Mirroring Varank’s statements, Dönmez said when they first started gold production in 2001, the country’s annual production was only 1.4 tons.

“We have produced a total of 382 tons of gold in 20 years. With this production, the state was provided with a tax income equivalent to 76 tons of gold.”

Dönmez said their aim is to produce over 45 tons of gold this year and to reach 100 tons per year in five years.

A total of 197 drillings have been carried out in the Mollakara gold and silver project so far, according to the minister.

In an earlier statement made by the Ministry of Industry and Technology, it was stated that "the first gold casting in the mine, which will also have a processing facility, is aimed to be made in the last quarter of 2022.”

The enterprise, where 500 people will be directly employed, will see indirect employment that would reach 2,300 people.

TMSF head Muhiddin Gülal, in a press meeting held back in March, said they aim to extract 15 tons of gold in the 2022-2023 period.