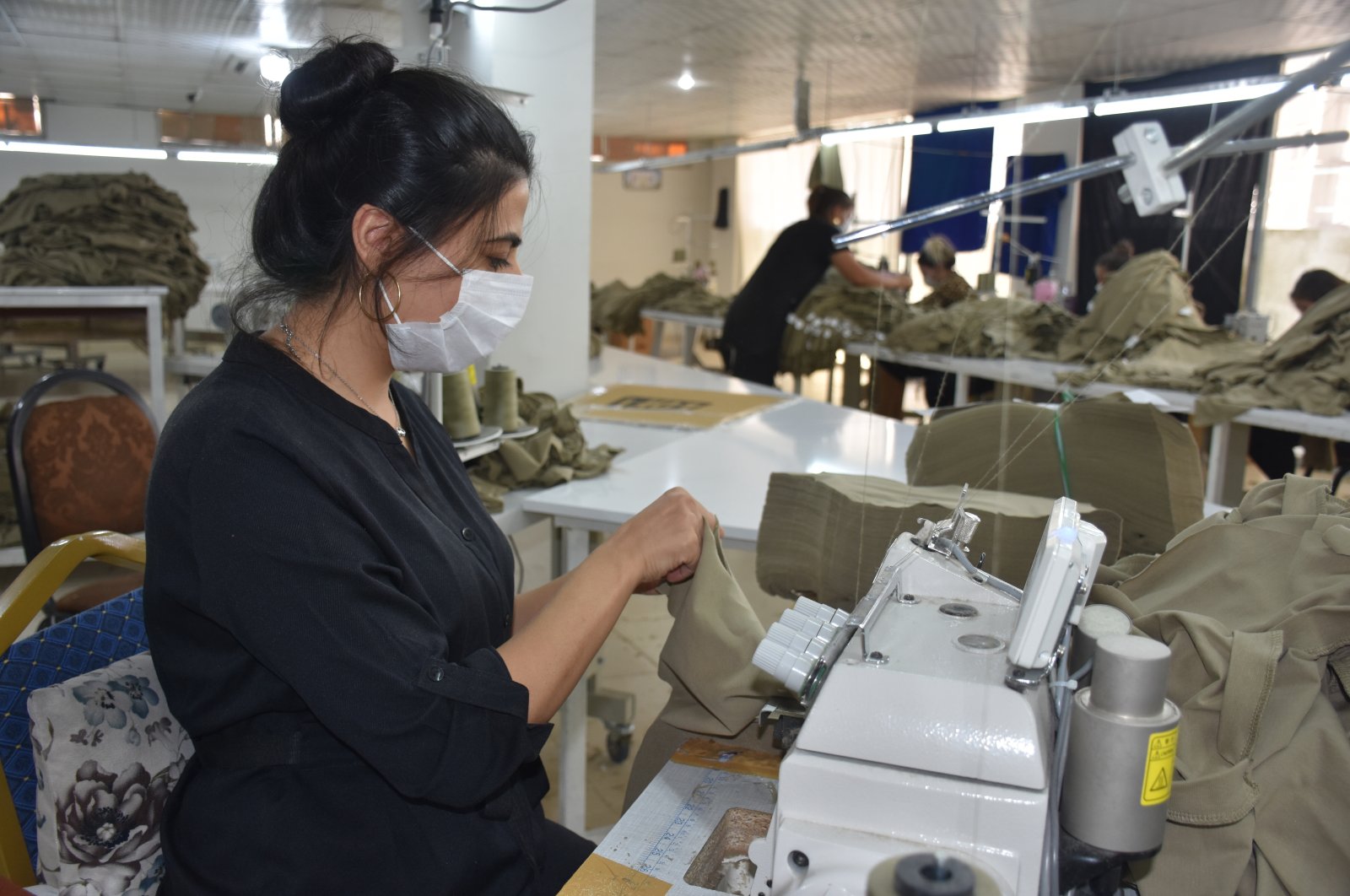 Years after counterterrorism operations eliminated PKK terrorists from southeastern Turkey's Şırnak province and its urban areas, in particular, peace has finally prevailed in the city. The flow of investments that had once stopped due to unrest in the region has also resumed.

These investments have begun to significantly contribute to employment in the previously underdeveloped province. The city's young population and its strategic location between Eastern and Southeastern Anatolia especially attract investors.

During a five-year period, 233 companies in various sectors, especially in textile, furniture, accessories, agriculture and dairy products, invested in the city center along with Cizre, Silopi and Idil districts, where the situation had especially deteriorated during terrorist attacks. The districts that were previously associated with terror are now welcoming development. With those investments, 1,798 people were employed. Meanwhile, some 71 of the investments took place last year, which saw businesses struggling to survive due to the pandemic. Some 426 new jobs were created during a time when many employers were slashing jobs to cope with the challenging period.

The city’s transformation, particularly led by the Ministry of Environment and Urbanization, followed the counterterrorism operations that began five years ago when the PKK tried to bring its terrorist activities to urban areas from the mountainous regions, digging holes as barricades on city streets. The plans of the terrorists backfired, thanks to both determinant security operations and the locals’ refusal to cooperate with the terrorists. Along with the larger-scale infrastructure projects, the transformation enabled ruined schools and mosques to be rebuilt and the families of the victims of the PKK terrorists to receive new homes.

The elimination of the threat in the terror-ridden city and its revival were welcomed by the locals, along with the increasing investment and local authorities' weighing in on the tourism potential. The statements of both officials and the businesspeople show the situation will improve even more.

Gov. Ali Hamza Pehlivan told Anadolu Agency (AA) Thursday that there had been great difficulties in terms of investment due to the atrocious attacks of the terrorist organization that engulfed the region for nearly 40 years.

However, he said, once peace was established, "the climate of tranquillity has led businesspeople to open businesses in our city. We also put forward models to encourage our investors and entrepreneurs."

Pehlivan said one investor recently showed interest in establishing a textile factory and has applied for it. He added that an area has been allocated for the investment, which will employ 300 people in the beginning and the number is expected to reach 1,000 in the near future.

There is also a growing interest in the Organized Industrial Zones (OIZ) in the Silopi and Cizre districts, he said, informing that a textile producing facility, Tekstilkent, will be inaugurated in Silopi next month.

"A Business Development Center (IŞGEM) is being established in Cizre," the governor said, noting that as these steps are heard by investors, they encourage other investors to come."

"The interest in OIZs, led by investments in textiles, pleases us because investment means employment," he added.

Ibrahim Halil Erkan, a businessperson investing in the solar energy sector in the city, said he had to postpone his investment planning in 2015 due to the terrorist attacks.

However, following the cessation of the attacks, he decided to go ahead with his initial plan. Erkan has made an investment with a capital of TL 12 million ($1.6 million) in an area of 23,000 square meters (247,569 square feet).

The city has become a center of attraction for the last three years, Erkan told AA adding that local and foreign investors should invest in the area and that Şırnak bears one of the highest opportunities “especially, in terms of the country’s energy potential and of renewable energy sources."

Reşit Başer, a businessperson investing in textiles in Şırnak, also noted that he currently employs 50 people because they have to work in shifts due to the pandemic but aims to employ more, if the area remains peaceful.

"There is a very nice environment right now. I hope everything will be better," he said. Başer's business involves export from northern Iraq that borders Şırnak’s Silopi and allows transport of goods via Habur border gate.

Turkish security forces regularly conduct counterterrorism operations in the eastern and southeastern provinces of Turkey, where the PKK has attempted to establish a strong presence. There has also been a surge in the number of terrorists laying down arms and surrendering to Turkish security forces following the series of successful domestic and cross-border anti-terror operations.