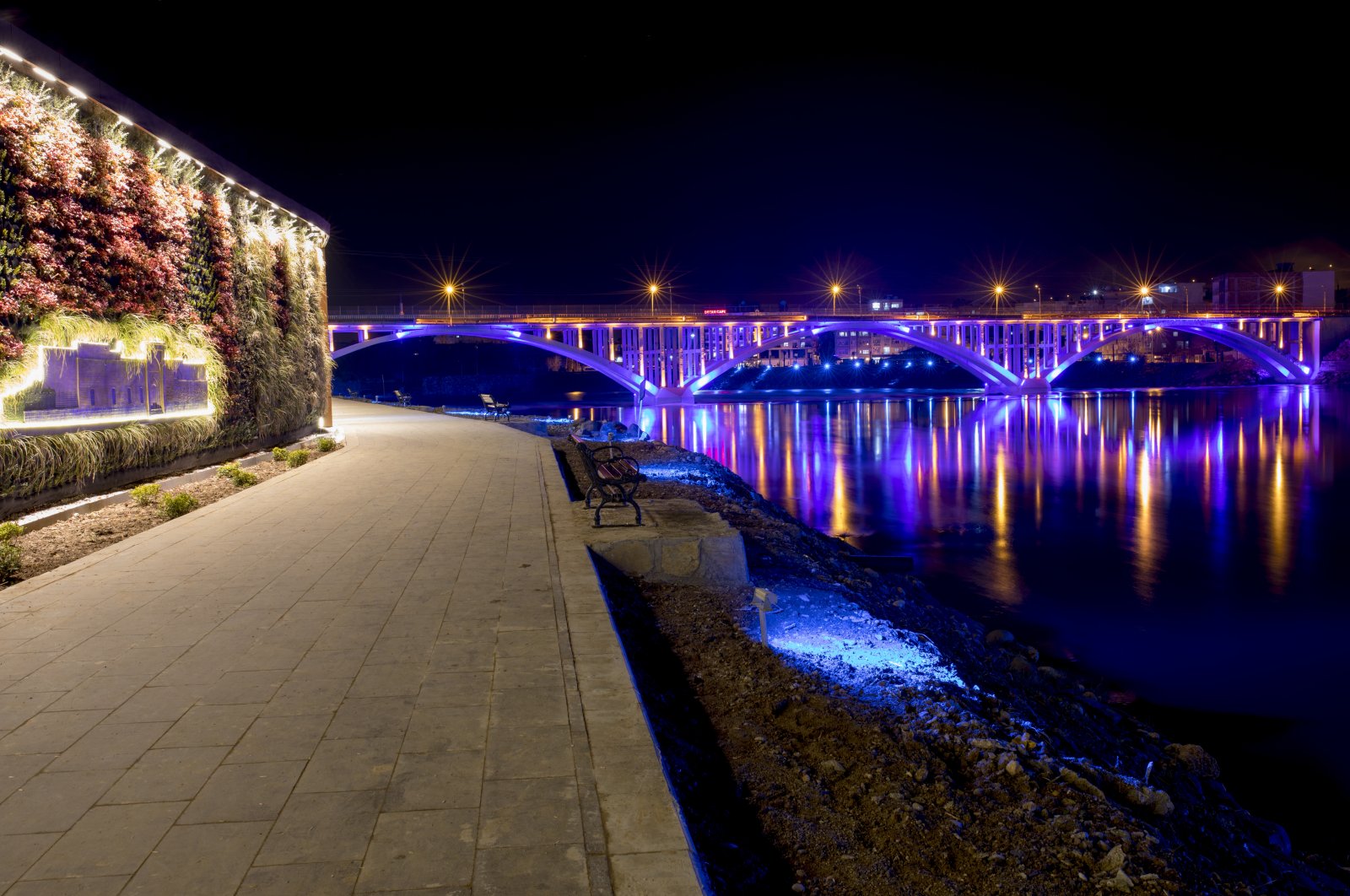 A long-time victim of the PKK terrorist attacks, southeastern Şırnak's Cizre district stands out these days with its remarkable transformation, as the ruins of terrorism are finally cleared away.

Cizre, a district that has suffered from underdevelopment for decades due to a heavy PKK presence, reached a breaking point five years ago when the terrorists caused heavy damage to the city with their constant attacks. However, today, thanks to the elimination of the terrorist elements from the area, the district is enjoying a revival with ongoing infrastructure and clearance work.

Led by the Ministry of Environment and Urbanization, the transformation work enabled the rebuilding of ruined schools and mosques.

The families of victims of PKK terrorism have also received new homes thanks to a project of the Housing Development Administration of Turkey (TOKI), which built 3,087 new houses and 188 offices. Under the project, 950 people have received nearly TL 41 million ($6 million) in rent compensation.

During the period of urban clashes, the PKK's aim was to bring its terror activities into urban areas from the mountainous regions. However, the group's efforts were foiled by effective anti-terror operations by Turkish security forces.

The situation in Cizre especially deteriorated when the PKK renewed its armed insurgency against the state in July 2015. Located on the border with Syria, the town's neighborhoods were divided between pro-PKK and anti-PKK groups, controlled by militants with ties to the extremist groups.

The region has been terror-ridden since late 2014 when Daesh seized the northern Syrian town of Ain al-Arab (Kobani), increasing tensions. The people of Cizre have frequently criticized the terrorist organization for inflicting damage and destruction in the region and posing a threat to civilians including children and the elderly. However, after a difficult period of conflict, thanks to a series of successful Turkish military operations and the refusal of locals to cooperate with the terrorists, the PKK's strategy eventually collapsed.

Local municipalities also contribute to the improvement of the Cizre district, as the government aims to support the municipalities in playing more active roles in providing social services to locals. In this respect, the roads of the district have been rebuilt, drinking water has been made available, and various social centers have also been established for both women and children. Around TL 474 million has been invested in the city.

In the past five years, a 245-kilometer-long (152-mile-long) drinking water network and a 65-kilometer-long rain network have been established in the district. A park called Dikey (Vertical) Garden, which is a “millet kıraathanesi” (people’s coffeehouse), was also established. An animal market and 24 parks that include 6,500 newly planted trees have also been created. In order to revive the social life in the district, a Women's Culture Center and five condolence centers have been established, while the entire city has been equipped with a new lighting system.

Thanks to this remarkable transformation, the district now eyes attracting tourists with its historical and cultural potential. Within this scope, the reconstruction of the Ismail Ebu-Iz stone bridge, museum and mausoleum continues, as well as a new project called the Culture Way, a new municipal building, a city square and a social center.

Speaking to Anadolu Agency (AA) on the developments in the district, local Serdar Tatar said that in the past, the PKK's strategy of digging pits caused heavy damage to Cizre.

"The job of terrorism is to destroy. The state has tried to heal the wounds as soon as possible. It not only renewed the city but also provided areas to enjoy life and engage in sports for the youth. The state has done what it had to do," Tatar said, adding that the culture and tourism potential of the district has suffered tremendously.

Tatar further underlined that these works and investments would be appreciated.

Another resident, Elif Izgiş, expressed that peace has been established in the district, with new job opportunities for the youth.

"We see that there are new opportunities and job fields (in the district). From now on, Cizre will be known for its peace, sports, culture and history," Izgiş emphasized.

Turkish security forces regularly conduct counterterrorism operations in the eastern and southeastern provinces of Turkey, where the PKK has attempted to establish a strong presence. The areas that have been cleared of the terrorist group celebrate their liberation.

There has also been a surge in the number of terrorists laying down arms and surrendering to Turkish security forces following the series of successful domestic and cross-border anti-terror operations.